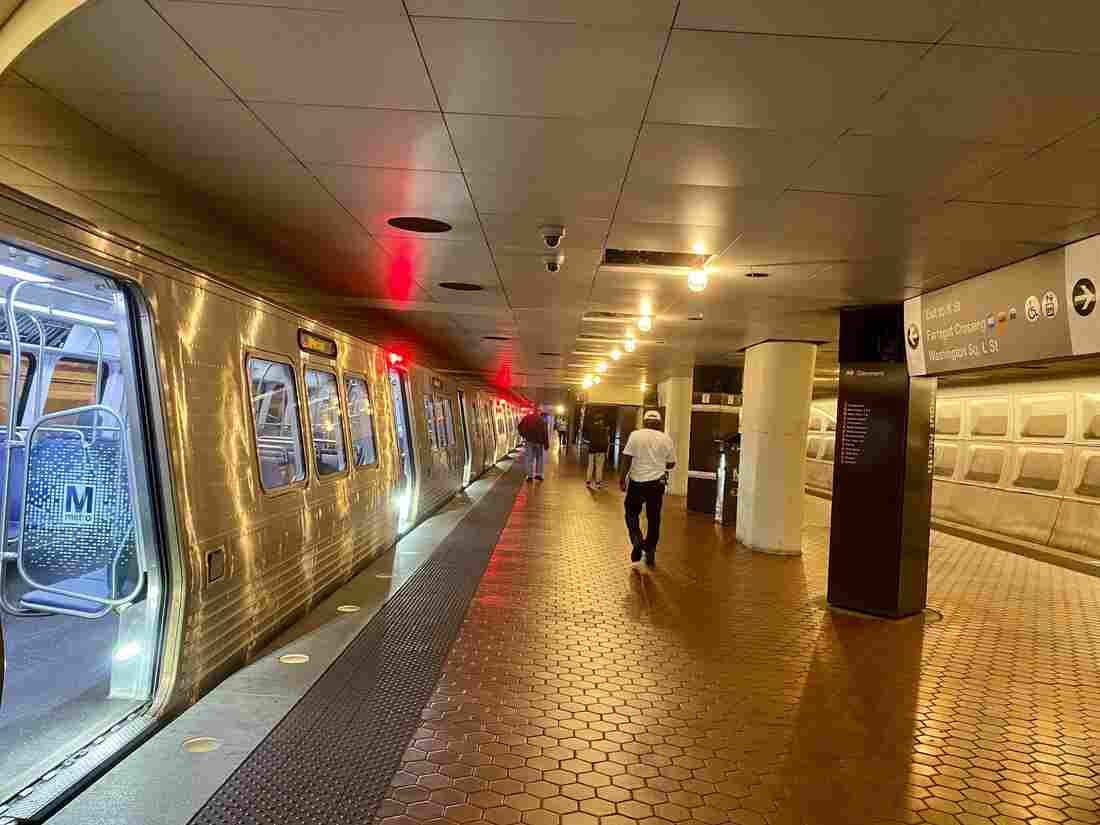 An almost empty Metro station is seen in Washington, D.C., on July 21. The region’s employers worry about the safety of workers using the transit system during the pandemic. Daniel Slim/AFP via Getty Images hide caption

With so much uncertainty continuing around the coronavirus, it might be next summer before most private workers in the Washington, D.C., area return to the normalcy of their offices.

That’s according to a new survey led by the Greater Washington Partnership, an alliance of CEOs in the region, which finds that many companies remain unsure how soon their employees will allowed back in their offices. Nearly half of employers cited worries about the safety of their workers using public transit.

Thousands of Americans began working virtually in mid-March, when the pandemic first hit the country. The study, conducted Aug. 10-28, surveyed about 430 employers representing about 275,000 workers in Maryland, Virginia and the District of Columbia that are mostly struggling with how to safely bring back employees during a pandemic.

Major tech companies such as Google and Facebook have extended their employee work-from-home policies to next summer; Amazon is allowing employees who can work from home to do so until January. Other companies including Twitter have decided employees will telework permanently. Nationwide Insurance decided to transition to a permanent hybrid work model.

JPMorgan Chase executives notified trading and sales workers that they should plan on returning to their offices by Sept. 21. Goldman Sachs informed employees it would start letting them back into the offices over the next few weeks.

In the meantime, states are continuing to slowly reopen their economies. Governors across the nation have united together to create reopening plans that work best for their economies. The West Coast reopening alliance includes: California, Colorado, Oregon, Nevada and Oregon. New York Gov. Andrew Cuomo also developed plans with neighboring states.

Some companies in the Washington, D.C., region that prepared to bring back workers after Labor Day decided against it amid new cases and employees’ worries. The report shows smaller companies, with less than 25 workers, are more likely to resume normal on-site operations sooner.

“The pandemic is likely to have long-lasting impacts on how employees commute to their worksites, but the full impacts may not be felt for many months,” according to the survey.

Many of the region’s employers do not intend to regularly test employees for the coronavirus, but they said they would if the tests were free. And 40% of employers are not hopeful that mandatory mask policies on the area’s transit system will be enforced.

Adedayo Akala is an intern on the NPR Business Desk.