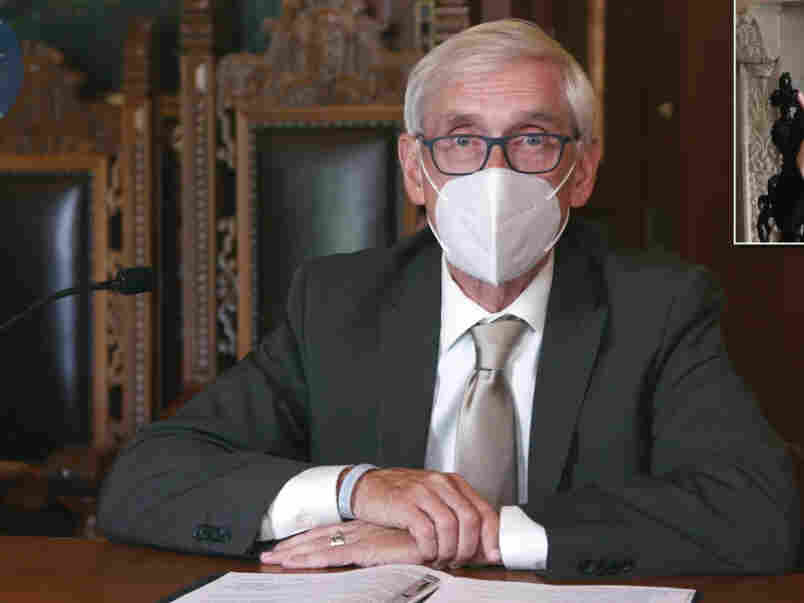 A judge in Wisconsin has ruled that Democratic Gov. Tony Evers has the authority to impose a statewide mask mandate following a challenge by a conservative legal group.

In his ruling Monday, St. Croix County Judge Michael Waterman sided with Evers and a series of executive declarations granting him emergency powers and denied a temporary injunction requested by the Wisconsin Institute for Law and Liberty.

Plaintiffs argued that in issuing successive emergency declarations, which granted him powers to issue the mask mandate, Evers had violated state law as such orders are limited to 60 days. Waterman ruled that it was well within Evers’ authority to continually issue new orders even for the same public health emergency.

“The 60-day limit provides an important check against run-away executive power, but it does not prevent the governor from issuing a new executive order when the emergency conditions continue to exist,” Waterman wrote in his three-page decision.

Waterman also noted that the state’s Legislature could terminate Evers’ order if lawmakers were “unconvinced that a state of emergency does exist” but had not done so.

Waterman, in his final point, also said the plaintiffs were private citizens “seeking redress for injuries” they claimed to have suffered under Evers’ executive order. The judge contended that an injunction would go “well beyond their private interests, though.”

“If granted, the temporary injunction will affect every person in Wisconsin by a judicial act that usurps the governor’s power to declare a state of emergency and the legislature’s power to end one,” Waterman wrote.

Rick Esenberg, president of the Wisconsin Institute for Law and Liberty, said the organization was looking forward to making an appeal “on this critical constitutional matter.”

“It is with regret that the Judge held that the Governor of the State of Wisconsin can rule the state by decree for an unlimited amount of time with the acquiescence of the legislature,” Esenberg said in a statement posted to Twitter.

WILL President @RickEsenberg on today’s decision in Polk County Circuit Court: “It is with regret that the Judge held that the Governor of the State of Wisconsin can rule the state by decree for an unlimited amount of time with the acquiescence of the legislature.” pic.twitter.com/DH0tX9kLZ8

Wisconsin Public Radio reports that some Republicans have said they’d like to override the orders but that leadership in both chambers has resisted calling lawmakers back for a vote.

Evers declared a public health emergency on March 12 and renewed the order in July when state lawmakers didn’t extend it. At the time, the governor also issued an order mandating that face coverings be worn by anyone over the age of 5 while in enclosed spaces, with personal residences exempt.

As cases surged in September — attributed, at least in part, to outbreaks at colleges and universities — Evers extended the mask mandate to Nov. 21 and issued another emergency declaration.

On Monday, Evers applauded Waterman’s ruling, noting that as of Sunday, cases in the state had reached 150,000.

“Today’s ruling is a victory in our fight against COVID-19 and our efforts to keep the people of Wisconsin safe and healthy during this unprecedented crisis,” Evers said in a statement.

The lawsuit was not the first challenge to Evers’ efforts to curb the spread of the coronavirus in his state. In May, Republican lawmakers argued that members of his administration had exceeded their legal authority in issuing an April 16 stay-at-home order.

The state’s Supreme Court agreed and required future orders to be approved by the Legislature.