Peter Ben Embarek speaks during a news conference to wrap up a visit by an international team of experts from the World Health Organization in the city of Wuhan, China, on Tuesday. Hector Retamal/AFP via Getty Images

The novel coronavirus outbreak almost certainly did not start in a Chinese lab but its path from animals to humans needs further investigation, a World Health Organization team said Tuesday after wrapping up a visit in China.

The comments came as scientists from the WHO and Chinese health bodies jointly presented preliminary findings after two weeks of investigating in Wuhan, the Chinese city that first detected the virus in late 2019.

“Our initial findings suggest that the introduction through an intermediary host species is the most likely pathway and one that will require more studies and more specific, targeted research,” said Peter Ben Embarek, who led the WHO scientific delegation.

Last week, the WHO team visited the Wuhan Institute of Virology, which specialized in studying coronaviruses found in bats. Former President Donald Trump and his senior officials promoted a theory without evidence that the novel coronavirus had leaked from the institute.

“It was very unlikely that anything could escape from such a place. And we also know that when lab accidents happen they are of course extremely rare,” said Embarek, a Danish expert in food safety and animal diseases.

Yet the team’s findings, still to be published in a WHO report, leave many unanswered questions.

Numerous scientific studies suggest the novel coronavirus began in an animal, such as a bat, and may have spread to other species before adapting to infect humans. The WHO team said they had tested domestic, farm and wild animals across China and found no traces of the coronavirus that causes the disease COVID-19.

The WHO experts did not rule out other hypotheses, including a theory promoted by Chinese health authorities: that the virus originated outside China and was carried to Wuhan on frozen animal product packages.

“We know the virus can persist and survive in conditions that are found in cold and frozen environments. But we don’t understand if the virus can then transmit to human and under which conditions,” Embarek said.

That contrasts with international health guidance that says such transmission through inanimate surfaces is improbable.

Chinese health authorities have repeatedly insisted that small clusters of coronavirus outbreaks in China’s port cities over the last half year have originated from imported frozen foods. Chinese customs officials are now inspecting and sometimes quarantining imports of frozen food products for the virus.

President Biden has restored ties with the WHO, a United Nations health agency, after Trump announced the U.S. withdrawal accusing China of misinforming the WHO about the coronavirus. But tensions between the U.S. and China persist over the Chinese government’s handling of the early stages of the pandemic.

“Even today, China is falling far short of the mark when it comes to providing the information necessary to the international community, making sure that experts have access to China,” U.S. Secretary of State Antony Blinken said in an interview on MSNBC last week. “That lack of transparency, that lack of being forthcoming, is a profound problem and it’s one that continues.”

China at first did not allow the WHO mission to enter, until the global health agency lodged a rare protest with Beijing before being let in last month. 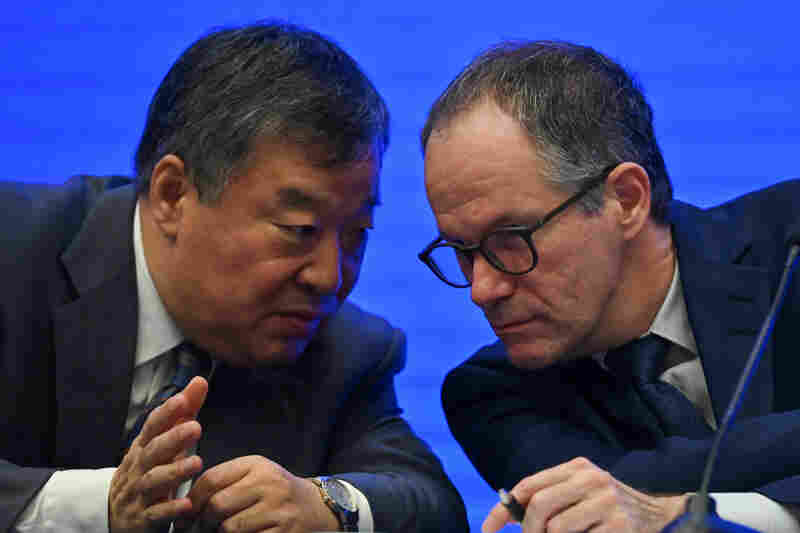 The team then completed a two-week quarantine in Wuhan, tweeting pictures from isolation in a hotel. But no team member has given a detailed interview about the investigation in Wuhan. The WHO also did not disclose the trip’s itinerary, nor who arranged the site visits, and no media were granted access to the visits.

At Tuesday’s news conference, China’s lead scientist on the joint mission, Liang Wannian, stressed that the team found no evidence the coronavirus was spreading within China before December 2019 after analyzing tens of thousands of genetic and blood samples taken in the last half of that year.

Doctors in Italy say they found a sample from a coronavirus case as early as November 2019, suggesting the virus could have been spreading in other countries and not just China by the end of that year.

“Huanan market may not be where the earliest incidence of the [novel coronavirus] occurred,” Liang said.

He also called for follow-up investigations to be done in other countries. “The global origin tracing work will not be bound to any geographic location,” said Liang.

Last week, China’s Foreign Ministry called for a WHO team to investigate a U.S. military base where an unfounded Chinese conspiracy theory claims the American military leaked the coronavirus.