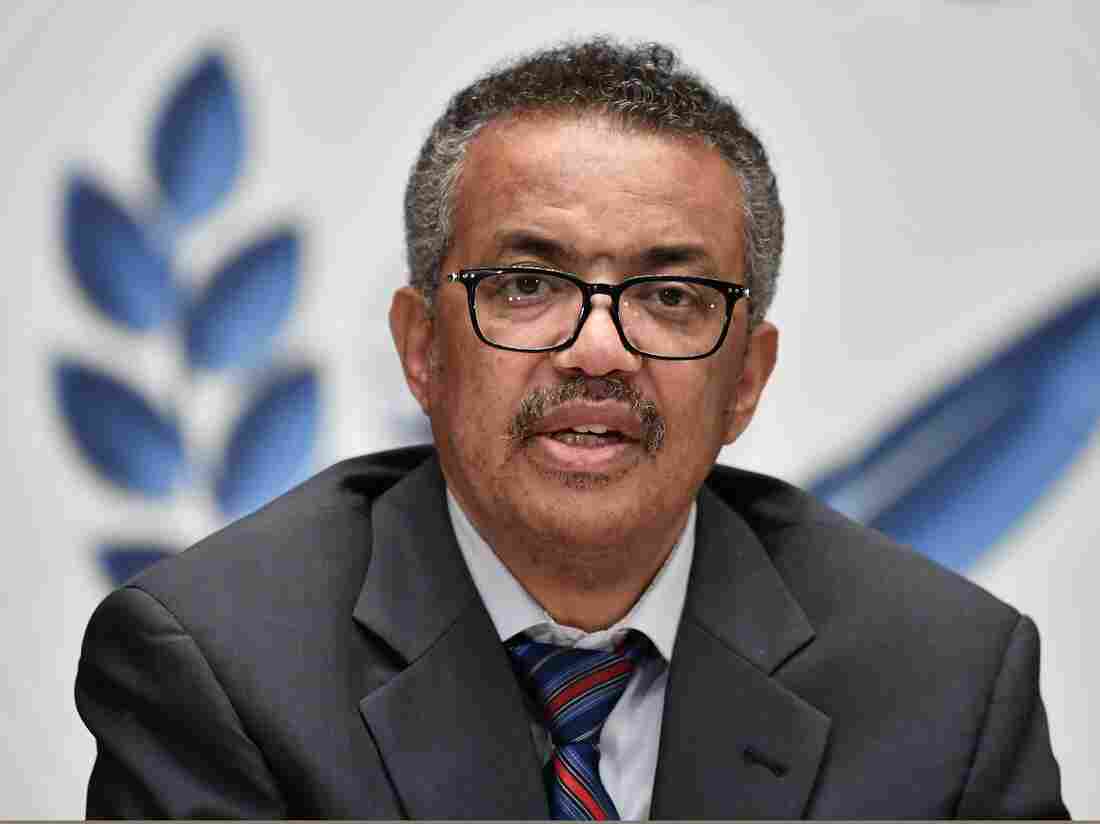 World Health Organization Director-General Tedros Adhanom Ghebreyesus warned on Monday that while some COVID-19 vaccine candidates have progressed to Phase 3 testing, “there’s no silver bullet at the moment and there might never be.” Tedros is seen here last month in Geneva. Fabrice Coffrini/AFP via Getty Images hide caption

Despite progress made on a vaccine against COVID-19, “there’s no silver bullet at the moment and there might never be,” the World Health Organization’s director-general warned on Monday.

Tedros Adhanom Ghebreyesus’ words marked six months since the organization declared COVID-19 a public health emergency of international concern. Tedros said that at that point, on Jan. 30, “there were fewer than 100 cases and no deaths outside of China.” Three months later, the world had 3 million reported cases of COVID-19, and more than 200,000 deaths.

Six months on, the figures have only worsened: now 18.1 million global cases and more than 690,000 deaths, according to the tracker at Johns Hopkins University.

Tedros noted multiple vaccine candidates are now in the third phase of clinical trials, and expressed hope that a number of them will be effective to prevent infection by the coronavirus.

But until then, the world is reliant on “the basics” of disease control, he said:

“Testing, isolating and treating patients, and tracing and quarantining their contacts. Do it all.

“Inform, empower and listen to communities. Do it all.

“For individuals, it’s about keeping physical distance, wearing a mask, cleaning hands regularly and coughing safely away from others. Do it all.

“The message to people and governments is clear: do it all.”

And when the disease is under control, he urged, “keep going!”

Last week, the vaccine candidate made by the U.S. biotech company Moderna and developed in collaboration with the National Institutes of Health entered Phase 3 of testing.

“Up to 30,000 volunteers will be assigned to one of two groups,” NPR’s Joe Palca explained. “One group will receive two injections spaced approximately 28 days apart of mRNA-1273, as the vaccine is known. The other group will receive an injection containing only salt water. Neither the volunteer nor the person administering the injection will know what’s in the syringe in order to avoid bias in favor of one outcome or another. Of course, people running the trial will know who is getting what.”

Researchers will then monitor both groups to see who, if any, gets sick.

More than 250,000 people have already registered their interest in participating in clinical trials, the U.S.’s top infectious disease specialist said last week. Dr. Anthony Fauci urged Americans to sign up at CoronavirusPreventionNetwork.org “so that you can be part of the solution of this terrible scourge.”