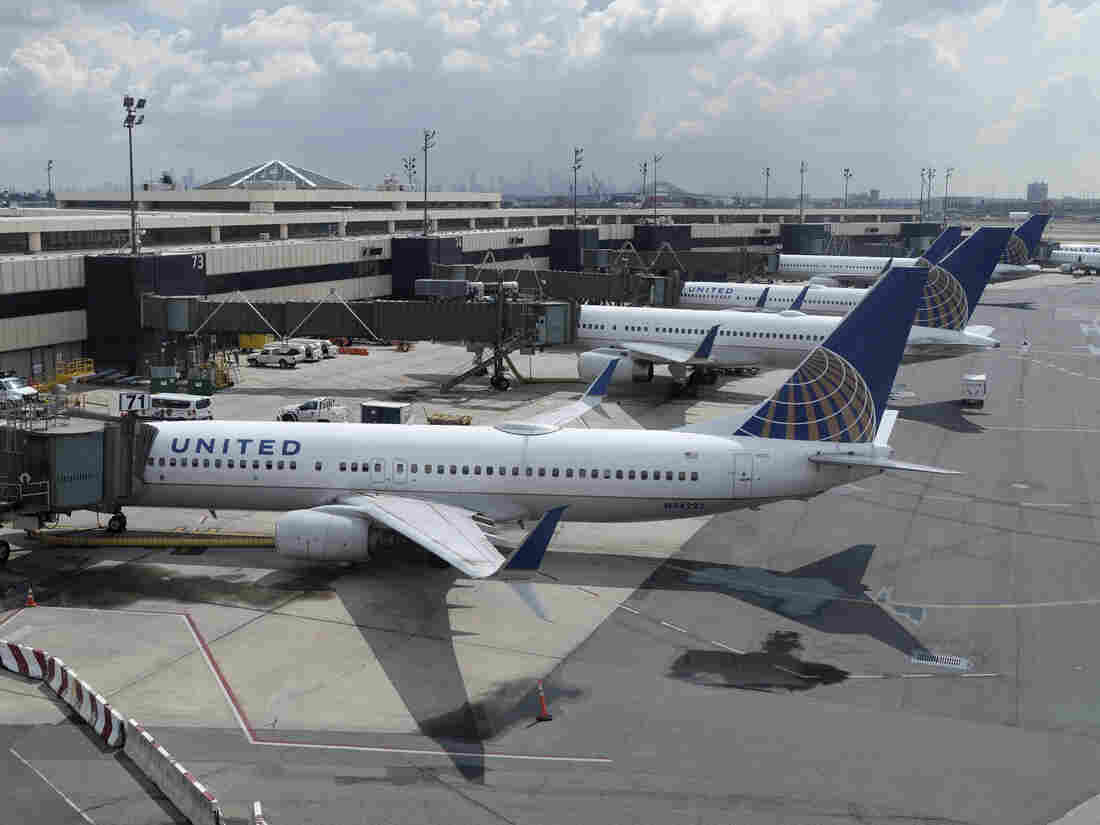 United Airlines planes were parked at gates at Newark Liberty International Airport in Newark, N.J., last month. The airline has announced that it is eliminating many change fees. Seth Wenig/AP hide caption

As airlines try to coax back customers wary of flying during the COVID-19 pandemic, United Airlines and Delta Air Lines are bowing to consumer demand and permanently getting rid of many change fees.

United announced the change on Sunday, and Delta followed suit on Monday afternoon.

“It’s no secret that the coronavirus pandemic has had a historic economic impact on airlines,” United CEO Scott Kirby said in a video statement. “When we hear from customers about where we can improve, getting rid of this fee is often the top request.”

Previously, United’s standard domestic change fee was $200, according to the carrier. Delta charged the same amount for changes within the 50 United States, Canada, Puerto Rico and the U.S. Virgin Islands.

United said Sunday that it was “permanently getting rid of change fees on all standard Economy and Premium cabin tickets for travel within the U.S.”

Delta’s change applies to tickets within the domestic U.S., Puerto Rico and U.S. Virgin Islands. It does not include Basic Economy tickets, the airline’s lower-cost fares.

As of Jan. 1, 2021, United will allow customers to fly same-day standby for free – a service that used to cost $75 for people who didn’t have status in its rewards program.

The changes come as airlines are struggling with far lower demand than usual. Delta said that last quarter, the number of passengers on its planes was down 93 percent compared with the year-ago period.

United said last month that the previous quarter was the worst in its 94-year history. It lost at least $1.6 billion and burned cash at an average of $40 million a day.

United and Delta, like other carriers, are offering increased flexibility as the coronavirus pandemic leads many customers to rejigger their travel plans.

American Airlines has previously extended waivers of its change fees. It’s not clear if United and Delta’s announcements will prompt the airline to drop the fees for good.

“American and Delta don’t have much of a choice,” Henry Harteveldt of Atmosphere Research Group, told The Points Guy prior to Delta’s announcement. “Southwest and United have boxed them in a corner. If they don’t match, they risk losing customers to Southwest and United. If they do match, it’s a zero-sum game.”

Southwest does not charge change fees, a policy that has long been popular with its flyers.

This type of fee brings in huge amounts of money for many airlines. According to the Bureau of Transportation Statistics, last year, United collected more than $625 million and Delta collected more than $830 million in fees for changes and cancellations. In 2019, U.S. airlines took in more than $2.8 billion in these fees.