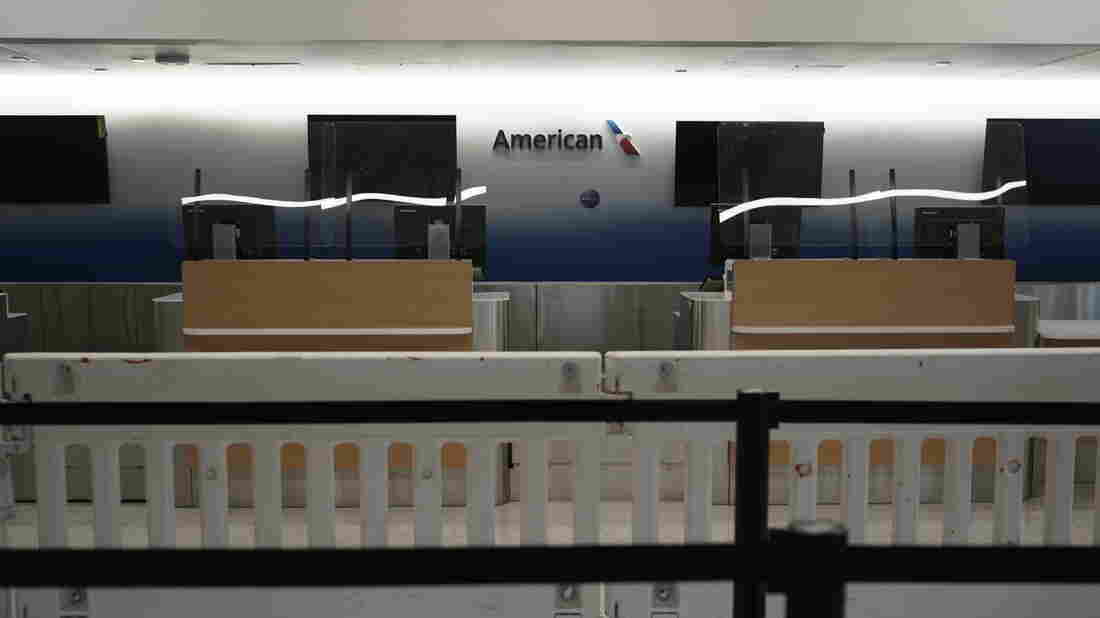 United Airlines and American Airlines have sent furlough notices to a total of more than 32,000 employees, saying they can’t afford to have them on payroll after Thursday – the expiration date for the federal CARES Act Payroll Support Program.

“To our departing 13,000 family members: thank you for your dedication and we look forward to welcoming you back,” United said in a message sent to employees Wednesday night that it also shared with NPR.

American sent a similar message to 19,000 employees, with CEO Doug Parker saying the furloughs could be reversed if Washington manages to reach a new business aid package. He also said there is hope for a CARES Act extension.

“I spoke late today with the Secretary of the Treasury Steven Mnuchin,” Parker said in a letter to employees. “He informed me that the White House and Speaker Nancy Pelosi are continuing to negotiate on a bipartisan COVID-19 relief package that would include an extension of the PSP and it is possible they could reach an agreement in the coming days.”

The government’s pandemic relief effort had provided some $25 billion in loans and grants to airlines, which quickly racked up billions in losses after the COVID-19 pandemic effectively shut down most of the travel industry in March.

“Congress has been negotiating another stimulus bill to address the economic impact of COVID-19 and there is strong bipartisan support,” United said. But it added that despite a broad industry push to extend the CARES Act, “Congress has still not taken action.”

United sent involuntary furlough notices to 13,432 employees, with roughly half of them from its inflight services division.

Not every large U.S. airline is planning to furlough workers. Delta CEO Ed Bastian said earlier this month that the airline “will be able to avoid involuntary furloughs for our flight attendants and ground-based frontline employees in the U.S.”

Delta can avoid those furloughs due to a number of money-saving measures, Bastian said. Operations were scaled back, and 40,000 employees voluntarily signed up for short- and long-term unpaid leaves of absence. In addition, 20% of Delta employees opted to take voluntary exit packages, and work hours for ground employees were reduced by 25%, he said.