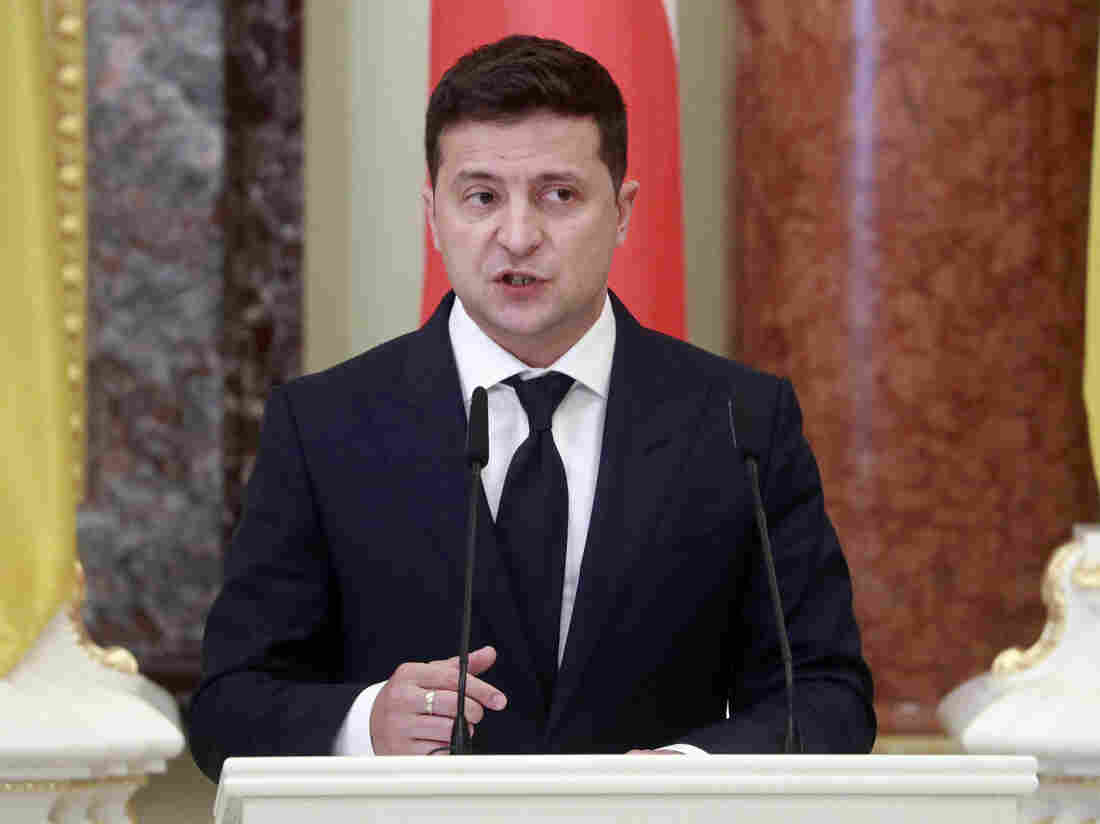 Ukrainian President Volodymyr Zelenskiy speaks during a joint news briefing with Polish President Andrzej Duda in Kyiv, last month. A spokeswoman for Zelenskiy says that he has been hospitalized for COVID-19. Valentyn Ogirenko/AP

Ukrainian President Volodymyr Zelenskiy has been hospitalized for COVID-19 after testing positive for coronavirus earlier this week, a spokeswoman said Thursday.

Zelenskiy announced Monday that he had become infected with the virus, saying he felt good and promising to self-isolate while continuing to work.

There are no lucky people for whom #COVID19 does not pose a threat. Despite all the quarantine measures, I received a positive test. I feel good & take a lot of vitamins. Promise to isolate myself, but keep working. I will overcome COVID19 as most people do. It’s gonna be fine!

On Monday, Zelenskiy said he was running a temperature of 37.5 Celsius (99.5 Fahrenheit).

A spokeswoman told The Associated Press that the Ukraine president’s symptoms were “nothing serious” but that he was being moved to a hospital in Kyiv because “there are better conditions for self-isolation and care for coronavirus patients.”

The Ukrainian president’s chief of staff, defense minister and finance minister have also tested positive for the virus, the AP reports.

Ukraine, like the U.S. and a number of European countries, has experienced a wave of new coronavirus infections and COVID-19 deaths in recent weeks. Nearly 516,000 people in Ukraine have become infected since the start of the pandemic and more than 9,400 have died, according to a tally maintained by Johns Hopkins University. In the past several days, Ukraine has had record daily infections surpassing 10,000.