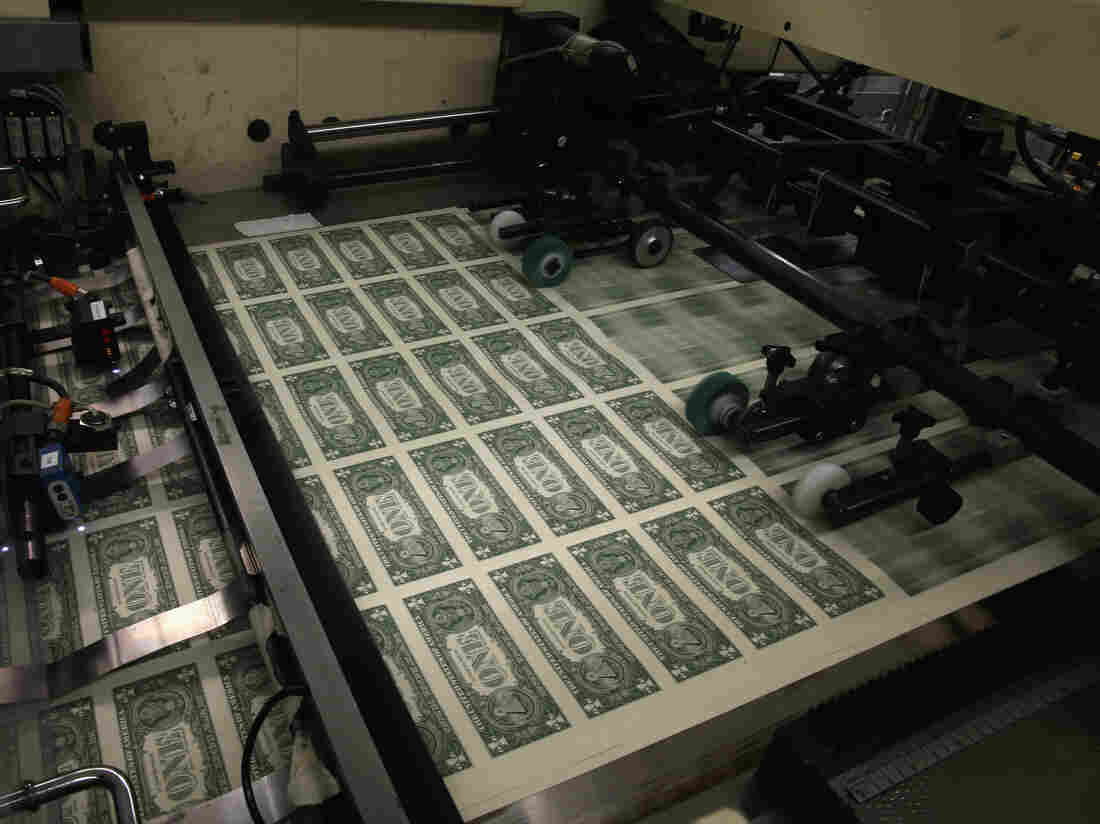 Sheets of one-dollar bills run through the printing press at the Bureau of Engraving and Printing on March 2015 in Washington, D.C. National debt is expected to reach an all-time high of 107% of GDP in 2023. Mark Wilson/Getty Images hide caption

The pandemic is taking a big toll on the government’s bottom line.

The federal government’s accumulated debt burden is projected to be larger than the overall economy next year for the first time since 1946. Debt is expected to reach an all-time high of 107% of GDP in 2023.

The non-partisan Congressional Budget Office expects the deficit to reach $3.3 trillion in the fiscal year ending this month. That’s about 16% of GDP — a level not seen since the end of World War II in 1945.

Federal spending has soared to 32% of GDP this fiscal year as the government tries to address both the economic and public health costs of the pandemic. The coronavirus has infected more than 6 million people in the United States and claimed more than 180,000 lives here.

With tens of millions of people out of work and countless businesses struggling or shuttered, tax revenues are falling. Revenues are projected to be 16% of GDP this fiscal year — down from 16.3% last year and 18% in 2015.

The CBO projects that both revenues and spending will decline in the upcoming fiscal year, which begins Oct. 1. Next year’s deficit is expected to be 8.6% of GDP.

Despite the historically high debt levels, the government’s borrowing costs are expected to remain low for the next several years. CBO projects interest costs will decline through 2024, before turning upward in the latter half of the decade.