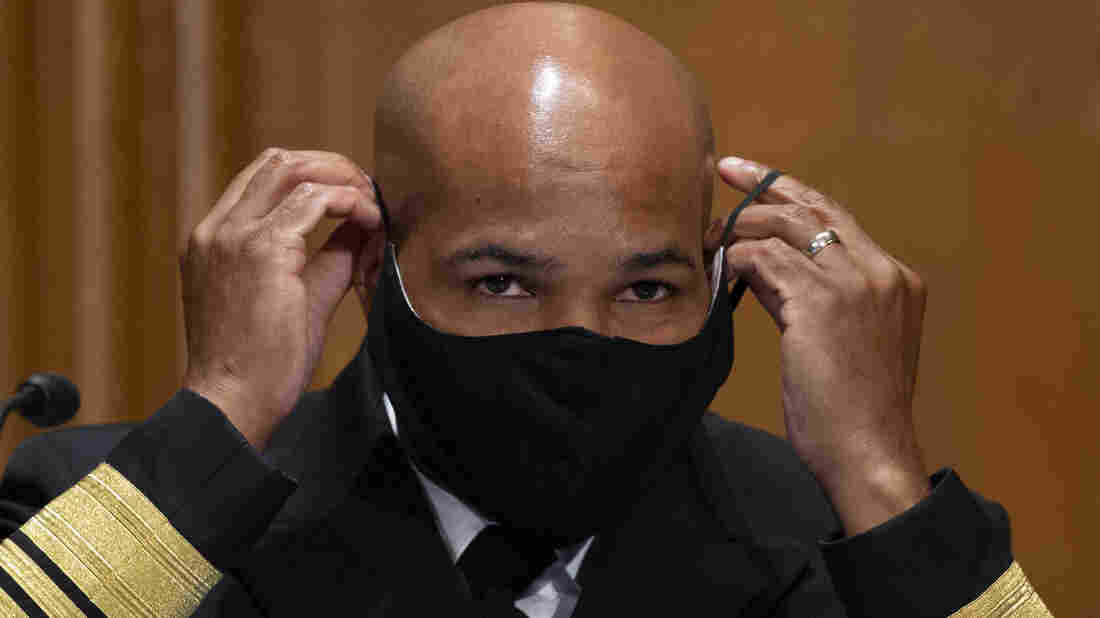 The COVID-19 crisis in the U.S. is getting worse by nearly every metric. On Friday alone, there were more than 184,000 new confirmed cases and 1,400 deaths, the Johns Hopkins Coronavirus Resource Center reported. Hospitals are reaching capacity. To date in the U.S., there have been more than 10 million confirmed cases of the virus and more than 240,000 have died — more than any other nation.

U.S. Surgeon General Jerome Adams says “pandemic fatigue” is largely to blame. People are tired and aren’t taking mitigation measures as seriously as before, he says.

“The virus hit different places of the country at different points,” Adams, who is also a member of the White House Coronavirus Task Force, tells NPR’s All Things Considered. “And so you’ve had people who’ve been doing these things since February, March, April, but they didn’t really start to see the wave until later on. And they’re just plain tired.”

As the winter months and holidays approach, people can be tempted to escape the cold and spend time indoors with friends and family. Adams is encouraging people to have a virtual dinner or celebrate Thanksgiving only with other people who live in their household.

“The three W’s are most important if you do come together around other people: wear a mask, wash your hands and frequently disinfect commonly touched surfaces, and watch your distance from other people,” Adams says. “And if you can’t do these things in this environment where you’re planning on coming together, then you should probably stay home because, again, this virus is incredibly unforgiving.”

Despite the national case spike, President Trump said Friday he won’t endorse any new lockdown measures while he’s in office.

And the White House Coronavirus Task Force reportedly still meets once a week, but no longer holds the daily briefings that it did in the spring.

Adams says it’s because the task force is shifting its attention toward regional outreach instead of national briefings for its messaging efforts, as cases go up aggressively in states such as North Dakota, South Dakota, Iowa, Wyoming and Wisconsin. He says they are going to states to give guidance “on the ground.”

“Because people in North Dakota or people in Arkansas or people in California may not feel that they have to take the same measures as someone in New York City,” Adams says. “So I’ve been in South Dakota. I’ve been in Wisconsin. I’ve been in Ohio just over the past two weeks, really speaking directly to people, helping them understand their surges that are going on and the measures that they need to take at their state level.”

While the Trump administration’s days are waning, Trump has still refused to concede and administration health officials have not started working with President-elect Biden’s team on coronavirus response.

Atul Gawande, a surgeon and professor at Harvard University who is part of the Biden coronavirus advisory group, told NPR on Friday that they have been “denied access to the agencies and to actually starting formally a transition with the Trump administration.” He said knowing more information now, weeks before Biden’s inauguration, “can make a big difference.”

“We do not have access to talking to the agencies, to Dr. Fauci, to people who have information about what the status is of mask supplies and glove supplies, what the threat assessments are, what the distribution plans for vaccines are,” Gawande said. “That will be important and very much in the national interest to be able to work together on that.”

Adams denies that is the case and says the task force is “sharing information with everyone.”

“There is no information that we have that we don’t share with the American public in general, and that is not available to the Biden task force,” Adams says. “And so I’m here and I’m willing to talk to anybody at any point. And that’s the most honest answer that I can give you, because I think we all need to have the information to make informed decisions and to really take measures to protect ourselves.”

Robert Baldwin III and Tinbete Ermyas produced and edited the audio version of this story.