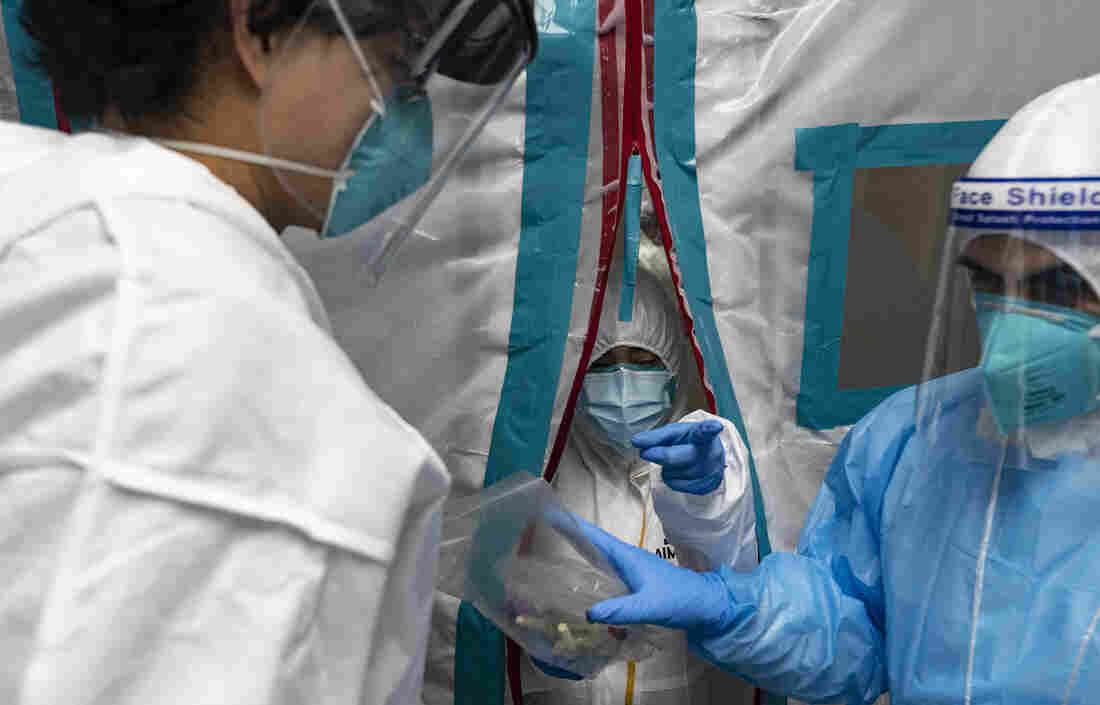 More than 10 million people have now been confirmed to be infected with the coronavirus in the United States as the spread of the virus accelerates at an alarming pace across the nation.

The U.S. now accounts for about one-fifth of all of the 50 million infections worldwide, more than any other nation. The data comes from Johns Hopkins University.

The U.S. also is also in the unenviable position of suffering more deaths than any other country. More than 237,000 people have died from COVID-19 in the U.S., and more than 1,000 are frequently dying on a daily basis.

“This didn’t have to happen,” says Jeffrey Shaman, an infectious disease expert at Columbia University.

The grim milestone comes as the number of new infections is setting records from coast-to-coast in the third and most widespread surge in reported infections since the pandemic began. And there are many more cases that have occurred but that have not been detected or confirmed, since many people are unaware they are infected.

It took only 10 days for the total tally to increase from 9 million. The U.S. is currently averaging more than 100,000 cases per day and could exceed 200,000 new cases per day by Thanksgiving.

“It’s entered the exponential phase, and that means it’s going to get worse and, frankly, a lot worse before it gets better,” Dr. Thomas Frieden, a former director of the Centers for Disease Control and Prevention.

The Midwest is being hit the hardest, but no part of the nation is being spared.

The spiraling epidemic is pushing hospitals to the limit. Nearly 57,000 people are currently hospitalized with COVID-19.

The surge comes just before many people will travel and many families will gathering for the Thanksgiving and Christmas holidays, raising fears the spread could intensify even further. It also comes as the cold weather of winter will force people to spend more time indoors, which is the virus spreads the most. Flu season is also intensifying.

“This is a terrible time. The confluence of factors here is extremely problematic,” says Frieden. “This is a very dangerous time.”

But while “this is currently out of control, we still have an opportunity to control the pandemic,” says Dr. Carlos del Rio, an infectious disease expert at Emory University.

But “we cannot wait until Jan. 21,” says Del Rio, referring to the beginning of the Biden administration. The current administration should take more aggressive steps now, he says.

“We need a national mask mandate now,” Del Rio says. “We all need to ‘step up our game’ and use a face mask all the time we are in a public place, practice social dancing, wash our hands and avoid crowded congregate and not well ventilated places. Wearing a face mask should not be a partisan issue, it should be a public health priority.”