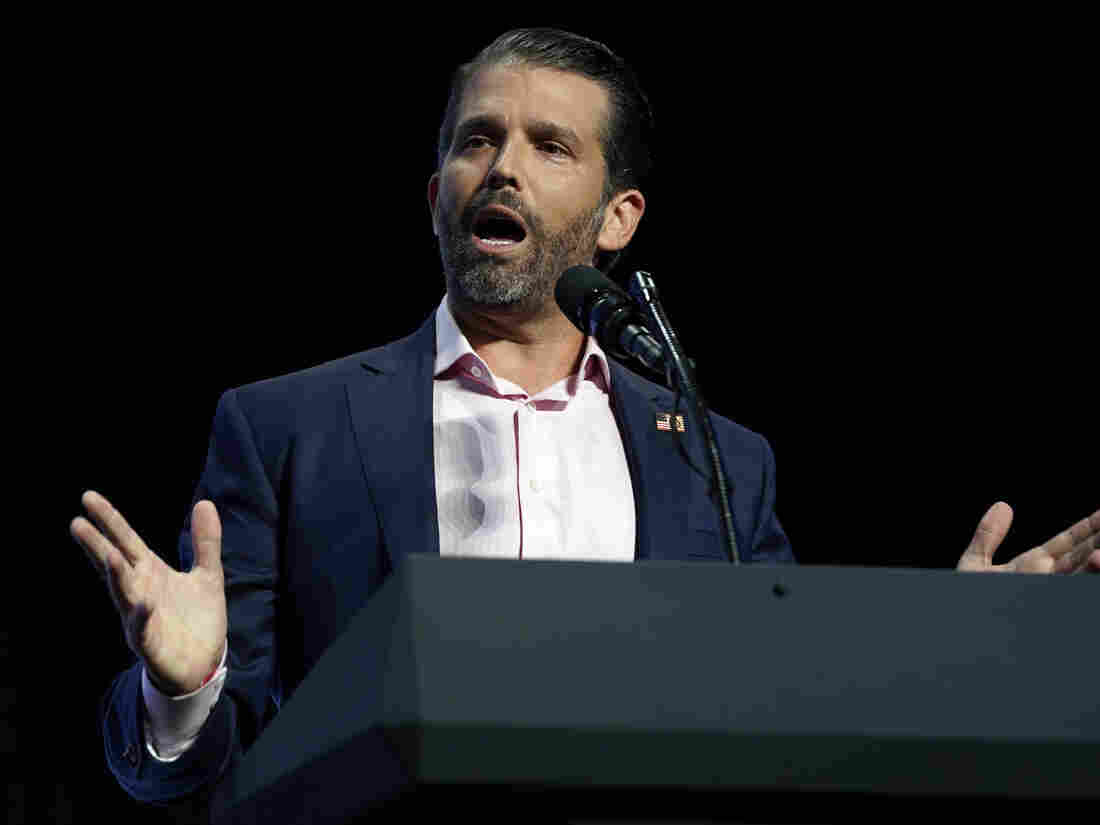 Twitter put a 12-hour restriction on Donald Trump Jr.’s account, saying the president’s son put out a tweet that contained “misleading and potentially harmful” information about the coronavirus.

The news emerged after a person close to Trump Jr. — Republican political strategist Andrew Surabian — posted a screenshot showing what appeared to be a message to Trump Jr. alerting him of a temporary limit on his account based on the company’s policy on spreading misinformation on COVID-19.

The message said the president’s eldest son wouldn’t be able to tweet or follow new accounts until the restrictions were lifted. However, Trump Jr. did retain his ability to send direct messages to his followers, the message said.

Twitter confirmed the restriction in a subsequent tweet, emphasizing the action was a temporary limit on some of his account’s features and not a permanent suspension.

This account has not been permanently suspended. Per the screenshot, the Tweet requires deletion because it violates our rules (sharing misinformation on COVID-19), and the account will have limited functionality for 12 hours. More in our rules: https://t.co/0wHWVV5QS4 https://t.co/0gq7rlaNw7

Twitter confirmed to NPR that the tweet contained video of a press conference, disseminated by Breitbart News, of a group calling itself America’s Frontline Doctors that had spread throughout social media.

The video questions the efficacy of mask usage despite widespread and clear evidence to the contrary. It also promotes giving the anti-malarial drug hydroxychloroquine to coronavirus patients. Trump has touted this idea despite a lack of scientific evidence. The National Institutes of Health and the Food and Drug Administration have said the drug is not likely to be effective.

Tweets sharing the video were deleted, the company confirmed. In addition to removing the video, the social media giant placed temporary restrictions on Breitbart News.

President Trump also reportedly shared the video and retweeted others promoting the use of the drug. Two tweets on the president’s timeline have been deleted.

Other social media companies reacted similarly, with YouTube telling NPR that it removed the video for violating its policies on spreading misinformation about COVID-19. Multiple media outlets reported that Facebook took down the video down as well.

Editor’s note: Google and Facebook are among NPR’s financial supporters.