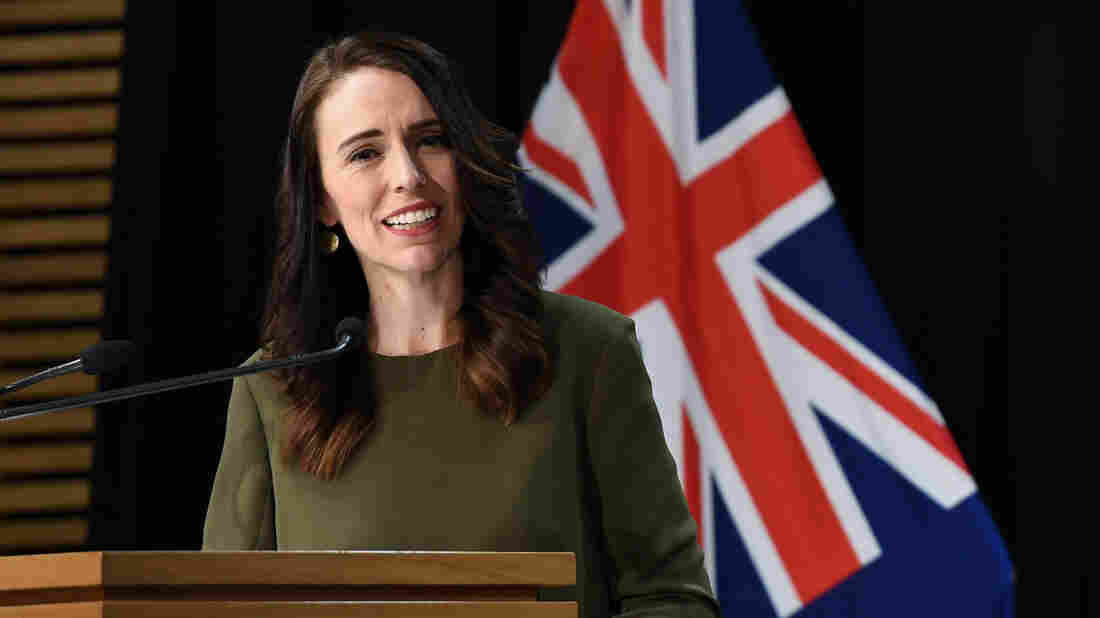 “I don’t think there’s any comparison between New Zealand’s current cluster and the tens of thousands of cases that are being seen daily in the United States,” New Zealand Prime Minister Jacinda Ardern said on Tuesday. Guo Lei/Xinhua News Agency/Getty Images hide caption

New Zealand’s Prime Minister Jacinda Ardern says President Trump’s claim that New Zealand now has a “big surge” in coronavirus cases is “patently wrong,” adding that the two countries are not comparable in how they handle the pandemic.

“We are still one of the best-performing countries in the world when it comes to COVID,” Ardern said on Tuesday. “Our workers are focused on keeping it that way.”

Trump’s remarks came on Monday — the same day New Zealand reported nine new cases, and the U.S. added nearly 42,000. But the U.S. president, speaking to supporters at an airport in Mankato, Minn., claimed New Zealand was an example of a country that had early success in fighting the outbreak, only to struggle now.

“Obviously it’s patently wrong,” Ardern said when journalists asked her about Trump’s comments, adding that anyone following the course of the coronavirus would easily see a big difference between the two countries’ health status.

New Zealand currently has 90 active coronavirus cases, driven by a cluster of new cases in Auckland. Only six of those patients are currently in the hospital. Until last week, the country had gone more than 100 days without any community transmission of the coronavirus.