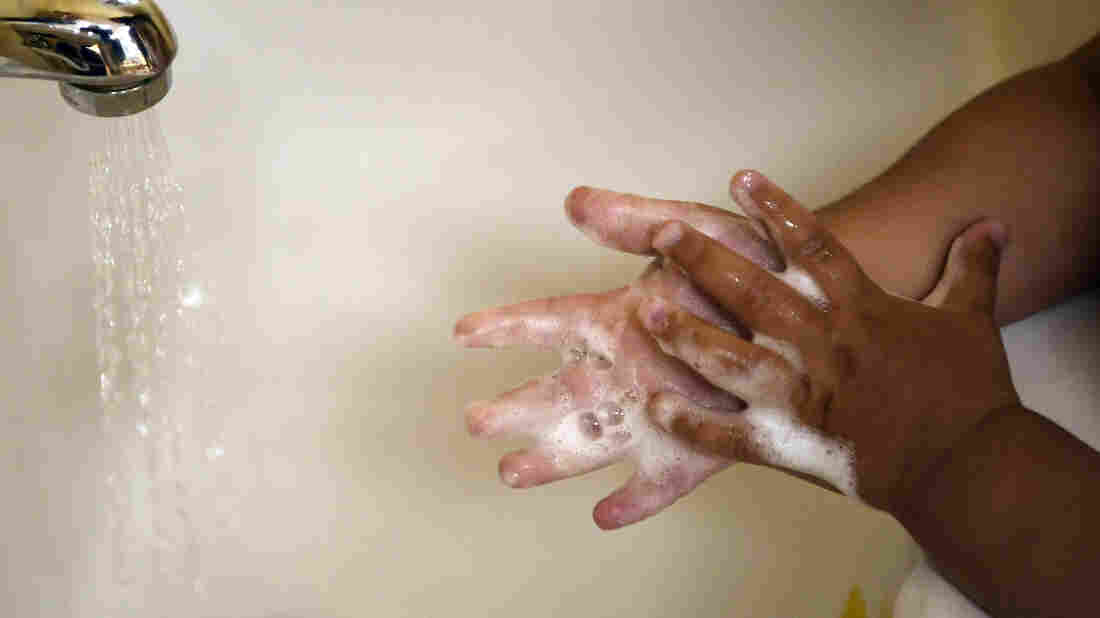 A child washes her hands at a daycare center in Connecticut last month. A detailed look at COVID-19 deaths in U.S. kids and young adults by the Centers for Disease Control and Prevention shows the great majority are children of color. Jessica Hill/AP hide caption

The vast majority of children dying from COVID-19 are Hispanic, Black or Native American, according to a new report from the Centers for Disease Control and Prevention.

Researchers analyzed the number of coronavirus cases and deaths among people under the age of 21 that were reported to the CDC between February 12 and July 31 of this year. They found more than 390,000 cases and 121 deaths.

They also found a staggering racial disparity. 78% of the children who died were children of color: 45% were Hispanic, 29% were Black and 4% were non-Hispanic American Indian or Alaska Native.

“The 121 deaths are a tiny fraction of the more than 190,000 deaths that have been reported in the United States,” says Malani. “But for a long time, it was believed that children didn’t die from this.”

The disproportionate number of deaths among children of color reflects the disparities among adults of color compared to white adults. Research has found that the death toll from COVID-19 is twice as high among people of color under the age of 65 than it is among white people.

While the majority of deaths occurred after the children were admitted to the hospital, 39 children died at home or in the emergency room, which prompts a a lot of questions, Malani says.

“Is it because of health insurance? Or because their parents couldn’t get off work?” Malani asks.

The CDC report also points to “disparities in social determinants of health, such as crowded living conditions, food and housing insecurity, wealth and educational gaps, and racial discrimination,” as contributing factors in racial health inequities.

The report comes as some schools are returning to in-class instruction, potentially increasing children’s risk of exposure and infection.

“What we really need to understand is, why each of these 121 children died,” Malani says. “We need to really dig into that and come up with ways to make sure this doesn’t happen.”

The take-home message, Malani says: “If your child is sick, and you don’t think they are doing well, don’t wait.”