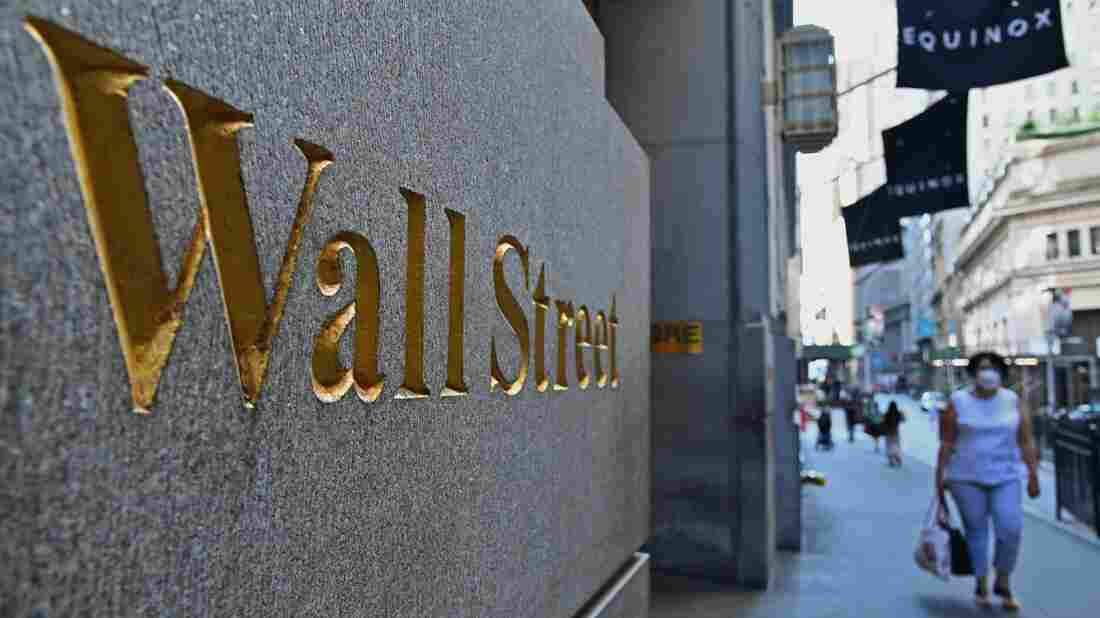 People walk near the New York Stock Exchange on June 29. The S&P 500 index has fully recovered from its plunge earlier this year, when pandemic lockdowns began shutting down much of the economy. Angela Weiss/AFP via Getty Images hide caption

The U.S. stock market has come a long way in a short time.

The S&P 500 index closed at a record high Tuesday, nearly six months after coronavirus lockdowns that shut down much of the economy sent the markets plunging.

With countless businesses closed and tens of millions out of work, the economy contracted at a record 32.9% pace in the second quarter. After soaring to 14.7% in April, unemployment fell to a still-high 10.2% last month.

But investors have been betting on an economic recovery boosted by record-low interest rates and other stimulus measure from the Federal Reserve and Congress.

And yet renewed spikes in coronavirus cases around the country, followed by a new round of lockdowns, have cast doubts on when the recovery will take hold.