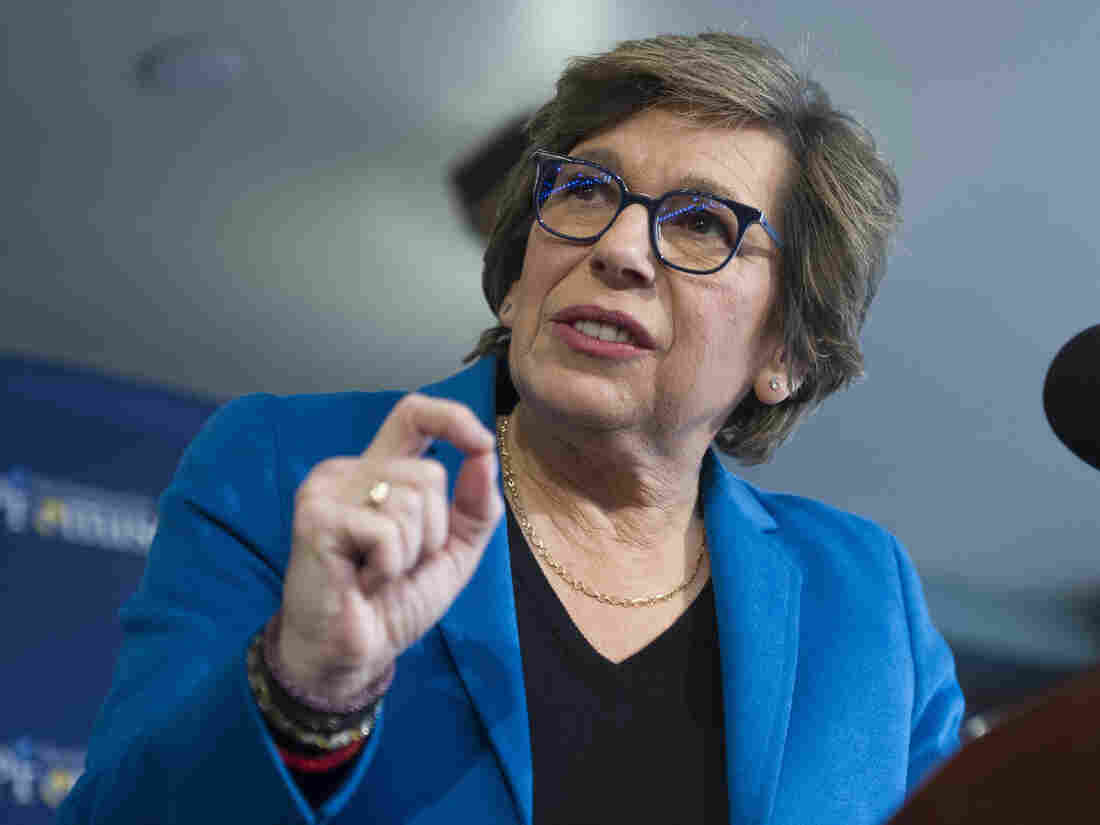 Randi Weingarten, the president of the American Federation of Teachers, says the union would support “safety strikes” by teachers if safety measures are not met when schools are set to reopen in the fall. Cliff Owen/AP hide caption

The head of a powerful national teachers union told members Tuesday that its leadership would support “safety strikes” if health precautions are not met amid calls for schools to reopen as coronavirus cases surge.

Randi Weingarten, who leads the American Federation of Teachers, is leaving the final decision to local unions on whether to strike. The AFT — the nation’s second-largest teachers union, with 1.7 million members — also unveiled several benchmarks that it said should be met before schools can fully welcome back students and staff.

“We will fight on all fronts for the safety of our students and their educators,” Weingarten said in remarks delivered at the union’s biennial convention, conducted online due to the pandemic.

“But if authorities don’t protect the safety and health of those we represent and those we serve … nothing is off the table,” she warned. “Not advocacy or protests, negotiations, grievances or lawsuits, or, if necessary and authorized by a local union, as a last resort, safety strikes.”

The Trump administration has been leading the push for schools to fully reopen in a couple of weeks, even though teachers and school districts across the country have warned, among other things, that more funding is needed to ensure safety protocols can be met before doing so.

The union adopted a resolution that calls for schools’ physical reopenings to take place only in areas where the daily community infection rate among those tested is below 5% and the transmission rate is less than 1%.

The AFT’s guidelines demand that areas reopening have “effective” COVID-19 tracing and isolation protocols in place. It is urging that officials at the state, city and community levels be given the authority to shut down schools again, if there’s a spike in infection rates or if standards set by public health officials are not adhered to.

Weingarten noted that if the cruise industry and hip-hop artist and mogul Kanye West can receive virus-related stimulus funds from the federal government, then “they sure as hell can help working families, and can help educators ensure our kids get the education they need.”

She framed her arguments in the context of three crises facing the U.S.: COVID-19, the sagging economy and national protests calling for social justice.

“One factor,” she said, “one person is making them all worse: Donald J. Trump.”

A new round of coronavirus relief funding introduced this week by Senate Republicans calls for two-thirds of the $70 billion set aside for K-12 public and private schools to go to schools planning to reopen in some capacity and provide some form of in-person learning, according to Education Week.

The union acknowledged that there is no one-size-fits-all approach and pointed to public school districts in Montana that are able to safely reopen and practice social distancing.

In contrast, Weingarten noted that such practices would be significantly more difficult in districts including Atlanta, Houston and Los Angeles, where authorities “have been forced to make the difficult decision to start the school year remotely.”