Carol Clapp, a 73-year-old widow from Epping, N.H., and her new sweetheart, Al, on a beach in New Zealand. Carol Clapp

Every October when the weather turns cold, Carol Clapp leaves her family farm in Epping, N.H., and travels halfway around the world to spend the next six months in New Zealand.

So when COVID-19 exploded globally last March, the long-distance snowbird became stranded in a paradise of sorts.

“I’ve had quite a year here,” said Clapp, 73, over a Zoom call from the porch of her house in the small town of Riverton, as the birds in the eucalyptus trees chirped.

She’s been taking art classes, gardening, and every now and then heading to the race track. She says hardly anyone wears masks. And she has a new boyfriend, Al, whom she met one evening at a bar in the nearby city of Invercargill.

“I got a boyfriend out of the lockdown!” she says. “Al is my new man, and he just takes really good care of me.”

Clapp, a widow, first visited New Zealand with her late husband David in 1978. When their son later decided to go to college there, they bought a home.

After David’s death, Clapp continued making the 30-hour trip each year, leaving Epping in October, and getting a return ticket each April.

But when the virus hit, the island nation closed its borders and mostly stamped out COVID-19 within a few months.

New Zealand let stranded tourists extend their visas, so Clapp got a six-month extension, and then another extension. It allowed her to ride out the pandemic in a country where she says people are “well behaved” and followed strict public health guidelines.

To date the country of 5 million people has only had 26 deaths. 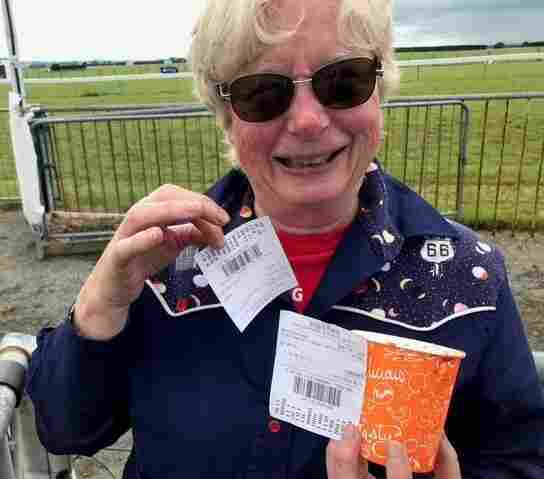 Clapp frequents a local racetrack. She has been out and about in the past year and says hardly anyone in New Zealand wears masks. Carol Clapp

Still, the pandemic is a frequent topic of conversation amongst Clapp and her New Zealand friends. Specifically, they ask her: what’s gone so wrong in the U.S.? 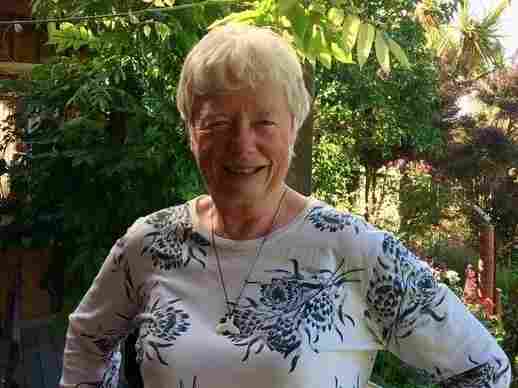 Now that New Zealand has stopped extending tourist visas, Clapp is planning to return to New Hampshire and has a vaccine appointment scheduled in April. Carol Clapp

With New Zealand now finally ending its visa extensions, Clapp is preparing to return to New Hampshire. She’s already scheduled for a vaccination in April in the Granite State.

And this fall, if everything goes according to plan, she’ll head back to New Zealand to see Al.