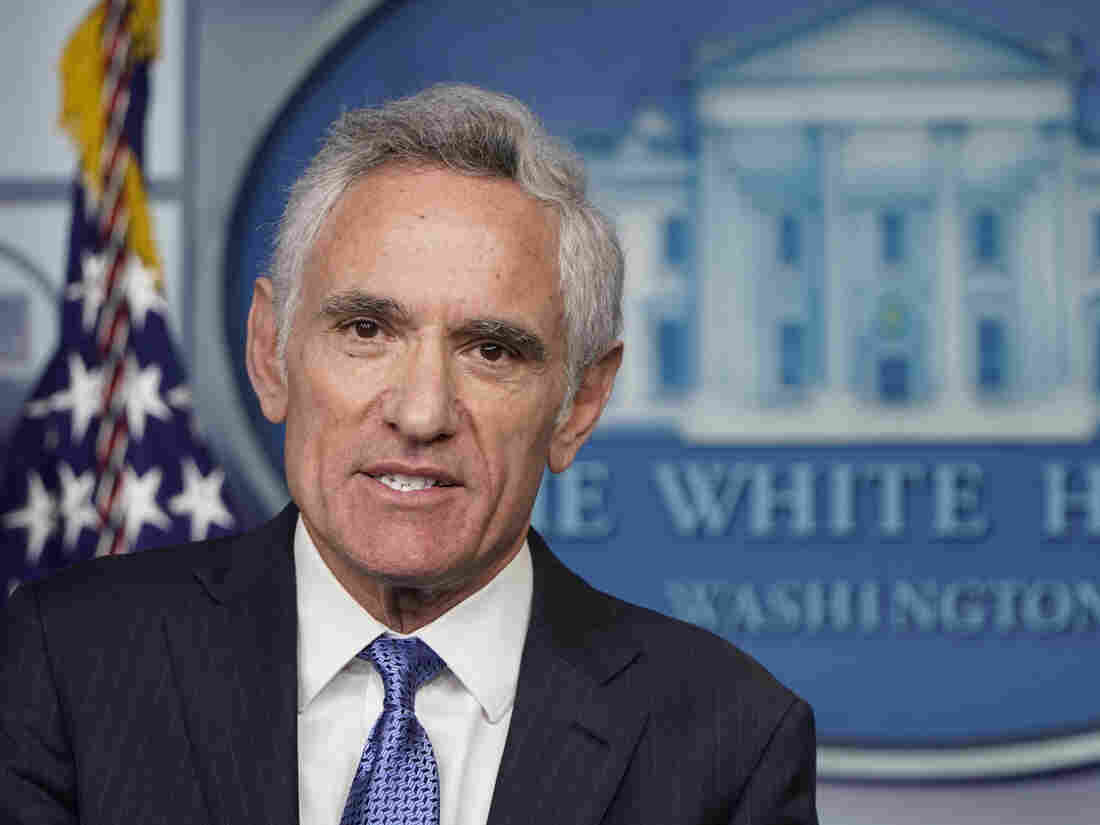 Stanford University appeared to distance itself from Dr. Scott Atlas, a prominent member of the Trump administration’s coronavirus task force, following his remarks that residents of Michigan should “rise up” against the state’s new coronavirus restrictions.

University officials said in a statement that Atlas’ position was his alone, and his comments were “inconsistent with the university’s approach in response to the pandemic.”

“Stanford’s position on managing the pandemic in our community is clear. We support using masks, social distancing, and conducting surveillance and diagnostic testing,” Stanford said in a statement Monday.

“We also believe in the importance of strictly following the guidance of local and state health authorities.”

Atlas is a senior fellow at the Hoover Institution, a conservative-leaning think tank based at the university. He’s currently on leave and is serving as an adviser to President Trump.

Atlas was a professor and Chief of Neuroradiology at Stanford University Medical Center from 1998 to 2012, according to a university biography.

He does not specialize in the treatment of infectious disease.

Atlas has come under fire for a tweet Sunday referencing Michigan’s new restrictions, where he said: “The only way this stops is if people rise up. You get what you accept.” He also added the hashtags “FreedomMatters” and “StepUp.”

Michigan Gov. Gretchen Witmer, a first-term Democrat, said Atlas’ response towards the state’s upcoming “three week pause” that seeks to limit some indoor activities in the state “took my breath away.”

Those restrictions, set to take effect on Wednesday, include a temporary halt of in-person classes at college and high schools in the state. They also will close indoor service at bars and restaurants.

The episode seems to have renewed tensions between the Trump administration and Whitmer, who the FBI said was the target of a kidnapping plot by men linked to a far-right militia group earlier this year.

This is not the first time comments from Atlas have run counter to those at Stanford.

A group of about 100 infectious disease physicians, immunologists and health policy experts signed a letter in September calling “attention to the falsehoods and misrepresentations of science recently fostered by Dr. Scott Atlas.”

The letter said many of his comments and statements “run counter to established science and, by doing so, undermine public health policy.” In response, Atlas reportedly threated to sue his colleagues.