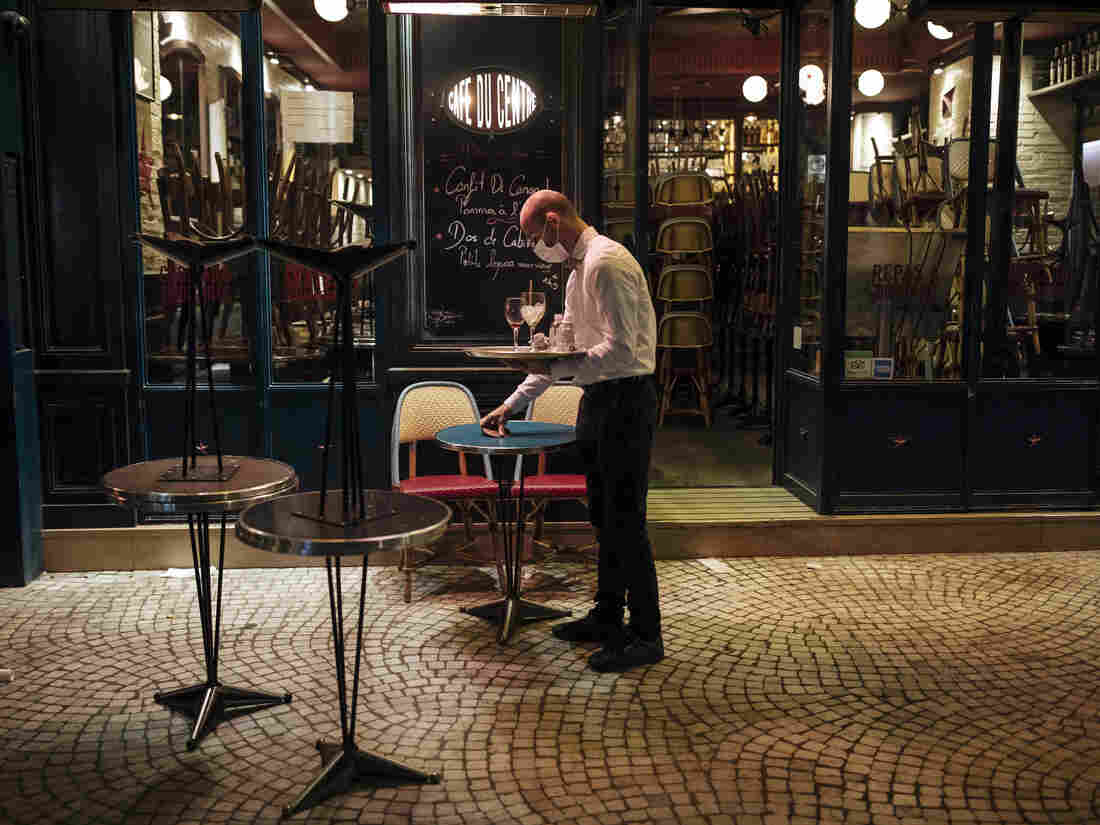 A waiter closes a bar terrace in Paris earlier this month amid a surge in coronavirus cases. Lewis Joly/AP

Spain and France each surpassed 1 million confirmed coronavirus cases this week as Europe battles outbreaks and record numbers throughout the continent.

Spain surpassed 1 million confirmed cases on Wednesday and is reporting 1,005,295 cases as of Thursday evening local time, according to data from Johns Hopkins University.

Spain and France now have the sixth and seventh highest global counts, respectively. Each has reported more than 34,000 coronavirus-related deaths.

Europe has been battling rising COVID-19 case counts. The leaders of many EU countries are imposing stricter COVID-19 restrictions, while also trying to avoid national lockdowns.

The Spanish government imposed a 15-day state of emergency in the Madrid region earlier this month, NPR’s Marisa Peñaloza reported.

Ireland became the first European country to return to a national lockdown after its total number of cases rose by 75% since early September. The government asked residents to stay within a 3-mile radius of their homes and closed many businesses.

“We can make sure the second wave is only a ripple,” Irish Deputy Prime Minister Leo Varadkar said Monday, “but that depends on all of us.”