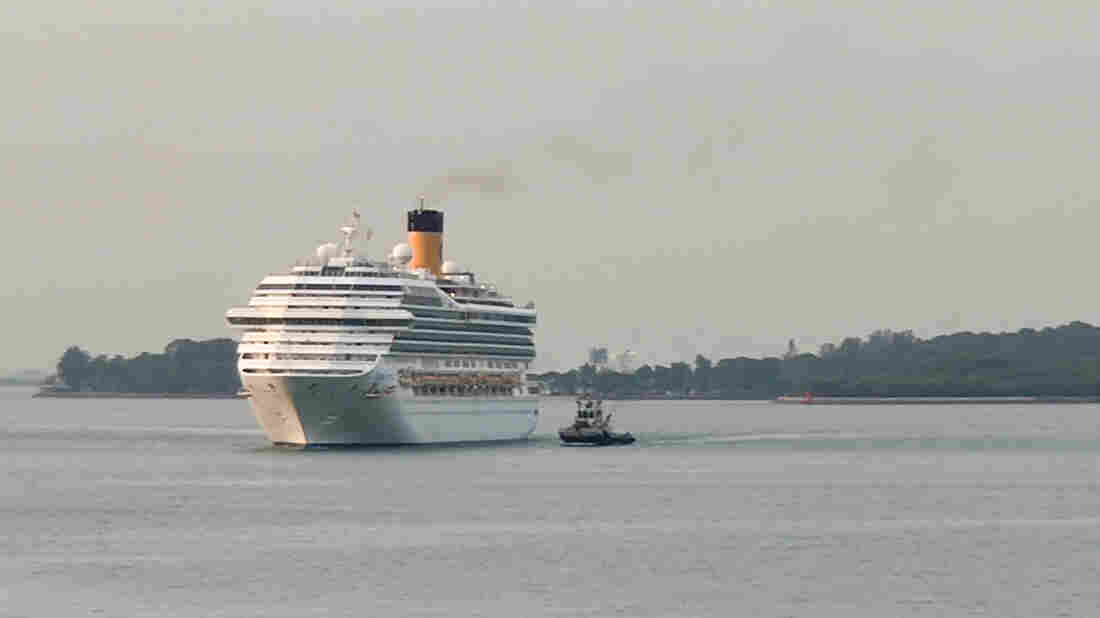 A cruise ship is shown here approaching a port in Singapore in March. Singapore plans to launch cruises with no destinations next month. AP hide caption

Singapore announced cruises will start sailing next month — but in order to keep crew and passengers safe amid the coronavirus pandemic, the ships will make no stops and simply return to the port they came from.

The island country is trying to creatively fire up its travel and tourism industry, as these businesses worldwide struggle due to the pandemic.

The Singapore Tourism Board announced the plan on Thursday to start up the cruises with no ports of call, which will only be open to Singapore residents. The ships will also operate at “reduced capacity of up to 50 percent,” according to a statement from the STB.

The tourism board will require cruise operators to comply with stringent rules and regulations, such as requiring coronavirus testing for passengers and crew before boarding, masking and social distancing.

“Public health and safety are our utmost priority as we reopen various sectors of the economy in a gradual and safe manner,” said STB’s Chief Executive Keith Tan.

Genting Cruise Lines, one of the companies taking part in the pilot, is advertising these cruises as a “Super Seacation.” It’ll start sailing the no-destination trips in November.

“This cruise pilot is a valuable opportunity for cruise operators to reinvent the entire cruise experience in order to regain the confidence of passengers,” said Tan.

Early on in the pandemic, multiple cruise ships around the world saw large and dramatic coronavirus outbreaks.

The Centers for Disease Control and Prevention says cruise ships pose a particularly high risk of COVID-19 transmission due to the high population density onboard. Last month, it warned, “CDC’s surveillance data show that drastically decreasing population onboard does not end transmission.” The U.S. government has encourage U.S. travelers to postpone cruise travel.

Singapore has had 57,849 confirmed coronavirus cases and 27 deaths, according to the Johns Hopkins University dashboard. In recent days, health officials have reported small numbers of new confirmed cases, such as nine on Thursday.

The Port of Singapore is the largest and busiest in Southeast Asia and the second largest in the world, after Shanghai.