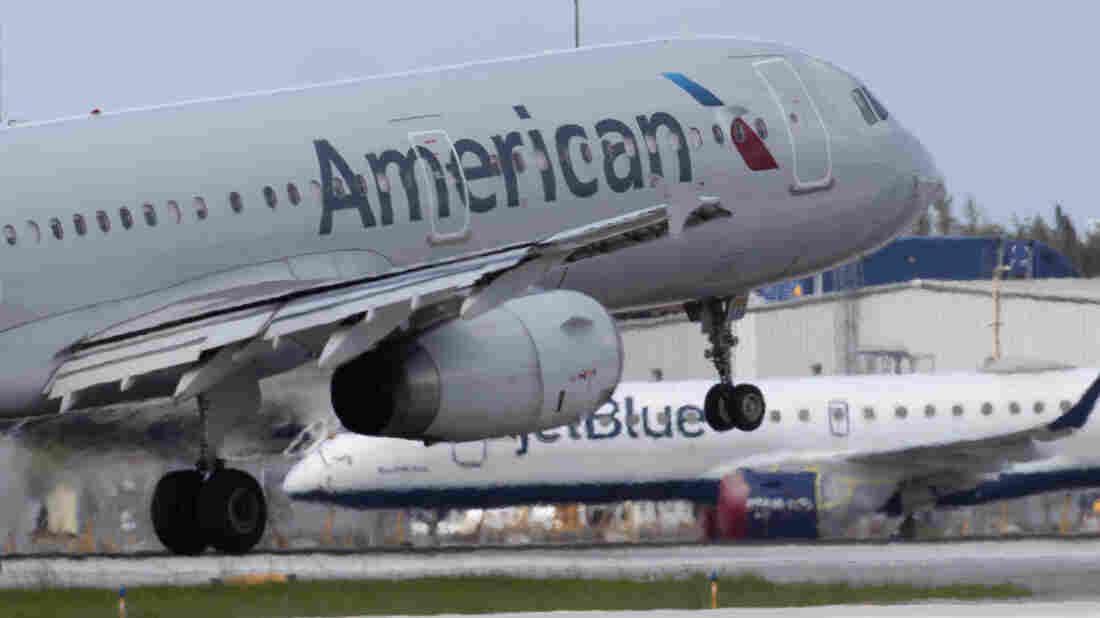 Florida Gov. Ron DeSantis is joining with airline industry executives to send a message: air travel is safe. It follows a similar event DeSantis held earlier this week with theme park executives, all part of an effort to help revive Florida’s tourist-dependent economy.

DeSantis held a roundtable Friday at Fort Lauderdale-Hollywood International Airport with JetBlue and Spirit Airlines executives, plus others involved with operations there and at Miami International Airport. The governor said before the pandemic, the airline industry’s economic impact in Florida was more than $175 billion annually. At South Florida’s two largest airports, officials say international air travel has dropped 85% from year ago. The airlines and the many industries that depend on them have lost billions of dollars.

DeSantis said like many, he initially was leery about plane travel during the pandemic, fearing it could be lead to more infections. But he said, “The fact of the matter is, the airplanes have just not been vectors where you’ve seen a lot of spread of the coronavirus.”

Spirit Airlines Chief Operating Office John Bendoraitis backed up the Governor’s claim. “We’ve had zero outbreaks on Spirit,” he said, “and really we’ve had zero guests come forward and say they’ve had any kind of problem onboard the aircraft.” Bendoraitis and other airline executives described the protocols they’ve adopted to prevent coronavirus transmission, including increased sanitation measures, required face coverings for all passengers and the use of high efficiency air filters. Bendoraitis said, “People should know that on an airplane, air changes every two to three minutes.” By contrast he said, in hospitals, air is exchanged every ten minutes. Health experts agree that the rate of infection from air travel appears low, but that little research has been done to back up that claim.

For people planning a trip to Florida, DeSantis says the declining number of coronavirus cases statewide should be encouraging. “The trend is unmistakable,” he said. “The number of people showing up to hospitals or getting admitted (are) far, far below where they were.”

He said he supports lifting bans on travel to the U.S. currently in place for Europe and Brazil, markets important for Florida tourism. At Miami International Airport, director Lester Sola said the ban has had a big impact. International travel typically accounts for half of that airport’s activity. Sola says when the travel bans are lifted, flights from Latin America and Europe will resume quickly. “The demand is there,” he says. “We get constant inquiries from people wanting to travel to Miami…people who have homes here, people who have businesses here.”