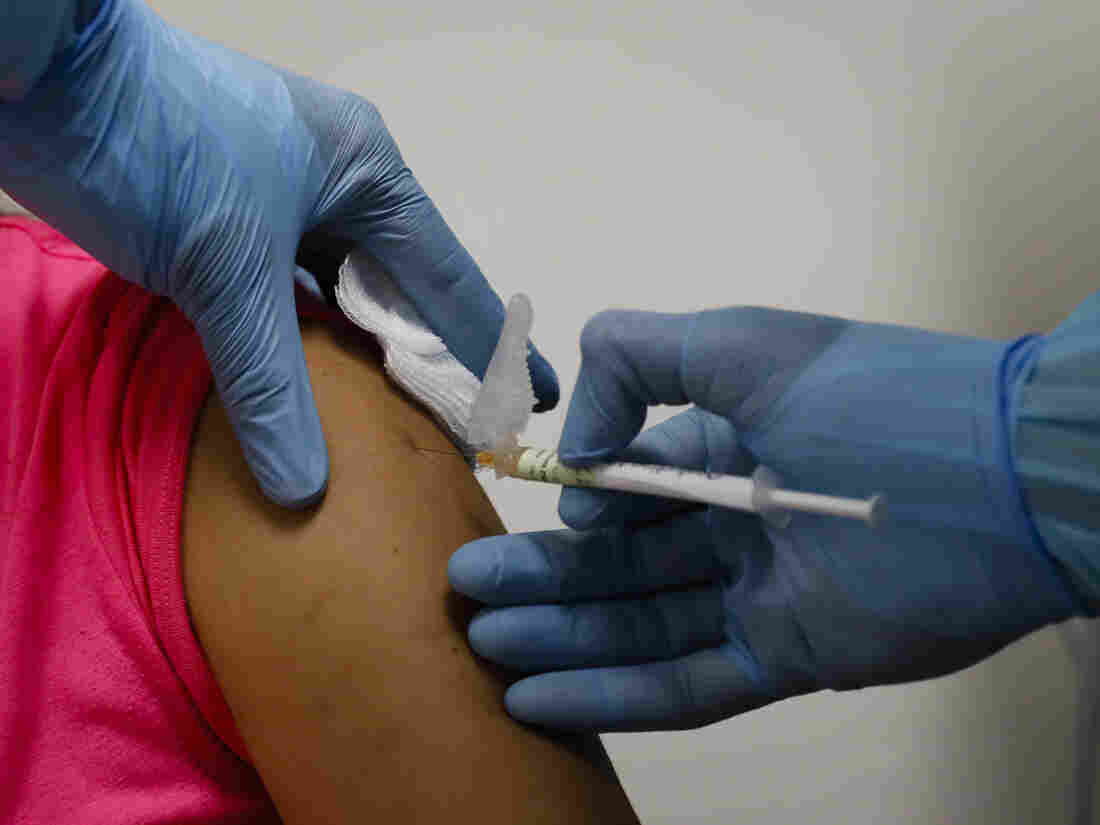 The Food and Drug Administration is preparing for the eventual roll-out of one or more COVID-19 vaccines — by identifying the concerns that some people have about taking such a vaccine.

At a meeting Thursday of experts advising the FDA on COVID-19 vaccines, the concerns of frontline workers and people of color were read aloud verbatim, highlighting the crucial project of communicating the safety and effectiveness of a vaccine in an environment of deep political distrust.

Those concerns were gathered at a series of listening sessions organized by the Reagan-Udall Foundation, a nonprofit that works to advance the work of the FDA.

Susan Winckler, the foundation’s CEO, noted that its study was rather narrow, with a focus on the role of the FDA in vaccine review and approval.

Nonetheless, participants in the sessions voiced a range of concerns:

The listening sessions focused on two groups of people. One focus was frontline workers in service, retail, and healthcare settings. The second focus was people who are often underrepresented and are at increased risk for COVID-19: Black, Hispanic, and Indigenous/Native American communities.

Eight such sessions have been conducted so far, and a few more are slated for the coming weeks. The foundation says its goal is to understand the perceptions that may lead Americans to feel hesitant about receiving a COVID-19 vaccine – and to use that information to craft messaging that address those concerns.

Winckler noted that the participants’ concerns often shared certain themes: concerns about the speed of the process, distrust of government and government agencies, distrust of the healthcare system, and concern that politics and economics will be prioritized over science.

People of color also voiced worries that the vaccine won’t work for minority populations. Among their statements:

Participants also expressed fears based on past experiences. One person expressed a worry that “this is another Tuskegee experiment.”

Vaccine hesitancy was a frequent topic at Thursday’s FDA meeting — recognition that the introduction of COVID-19 vaccines will be a nationwide communications effort as much as a scientific one.

The FDA meeting itself was one effort to demonstrate that the vaccine development process in the U.S. is safe, and being handled with great care and transparency.

Marion Gruber, director of the FDA’s Office of Vaccines Research and Review, said that development of a vaccine is happening as quickly as it can – but no faster.

“Vaccine development can be expedited,” she said. “However, I want to stress that it cannot and must not be rushed.”