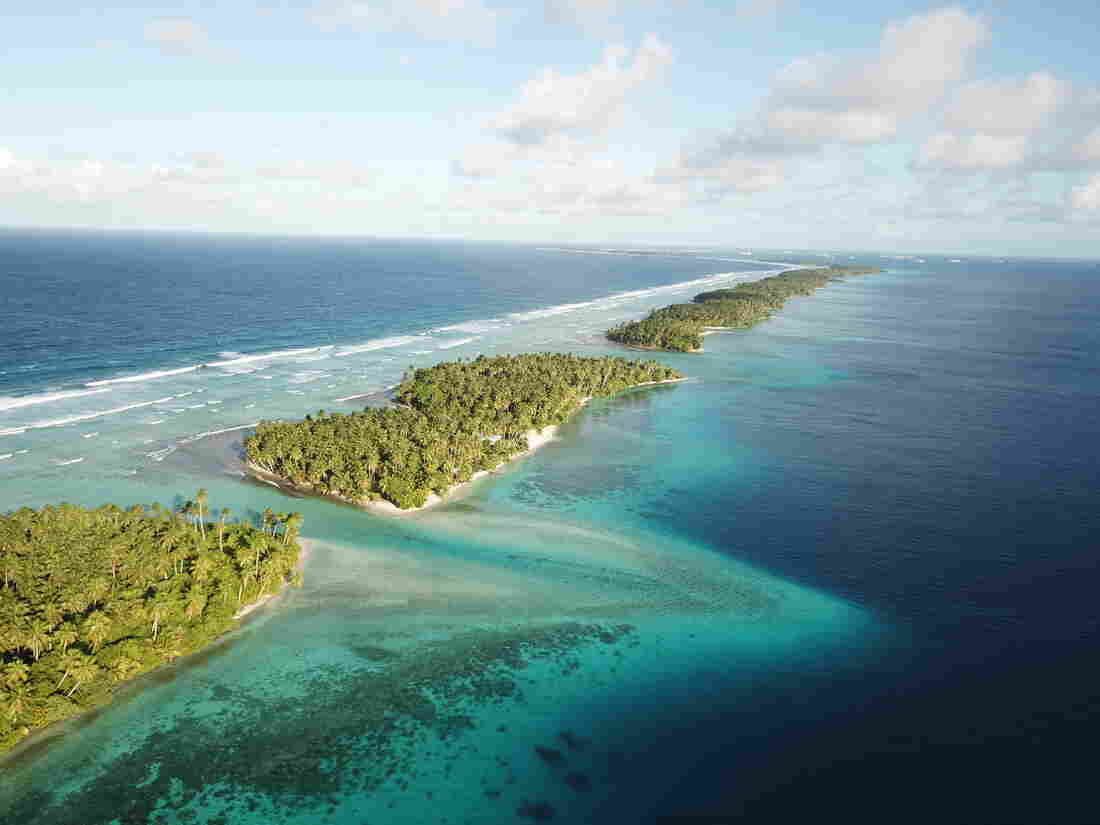 Two people arriving from the U.S. tested positive for the coronavirus in the Marshall Islands, shown here in 2017. Nicole Evatt/AP

The Marshall Islands, a group of volcanic islands and atolls in the Pacific, closed its borders in March to fend off the coronavirus.

At the time, the government said the islands were already dealing with outbreaks of Dengue Fever and an “Influenza-like-Illness.”

“A single-case of COVID-19 would be catastrophic to the health system,” the government said at the time.

On Wednesday, the government announced that two workers arriving from the U.S. tested positive for the coronavirus at a U.S. military base on Kwajalein Atoll. The two cases ended The Marshalls’ run as one of the few nations in the world with zero known coronavirus cases.

The pair, a 35-year-old woman and 46-year-old man, arrived on a military flight from Hawaii on Tuesday. The government said the two did not interact with community members, and both were asymptomatic when they tested positive.

“We can assure the public that these are strictly border cases and were discovered while these people were in quarantine, where they remain until this time,” the government said.

There is no immediate risk of spread, it added.

Islands in the South Pacific were generally swift to isolate themselves during the start of the pandemic, leaving the majority of them unscathed.

The remote island nations of Kiribati, Micronesia, Nauru, Palau, Samoa, Tonga, Tuvalu and Vanuatu are believed to be still free of the virus.

In June, The Marshalls eased restrictions slightly, allowing U.S. military base workers to enter but requiring a three-week quarantine, according to The Guardian.

“What we were worried about has come true,” Milne said Wednesday on Facebook. “Lives are going to be put on hold because a handful of people made the decisions they did for whatever reasons they did.”