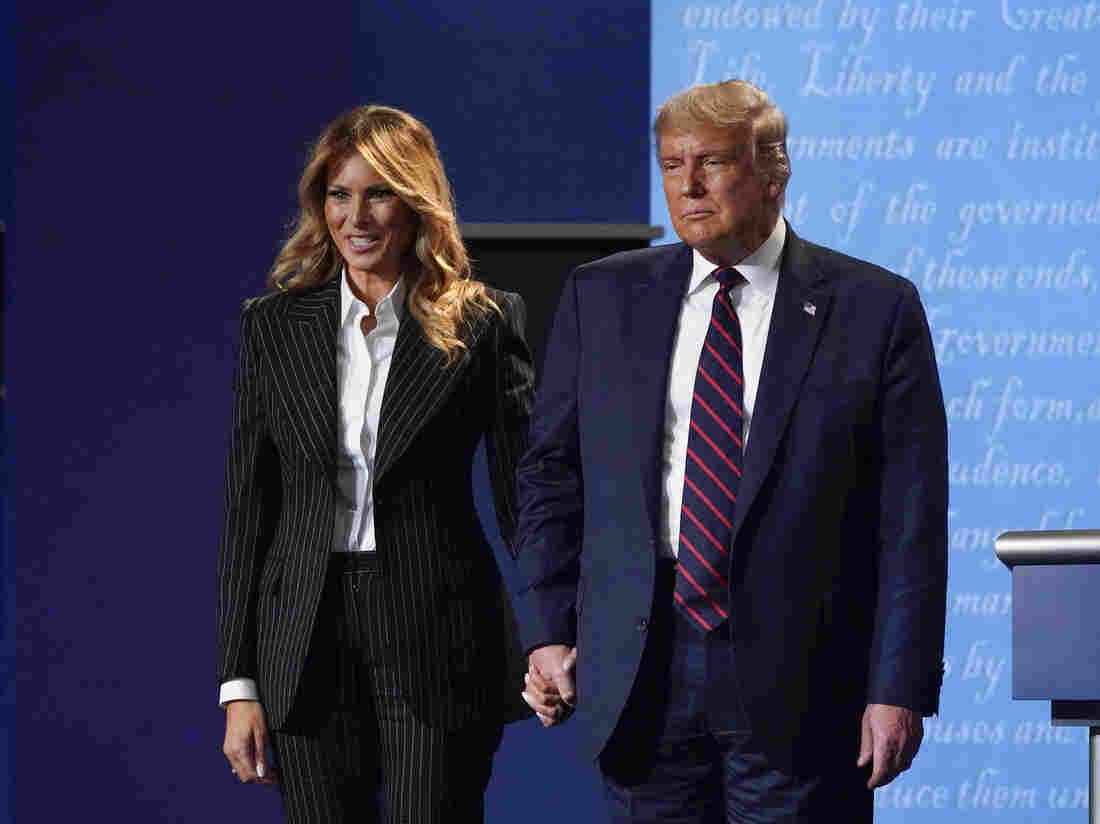 President Trump and first lady Melania Trump, pictured here after Tuesday’s debate, have both tested positive for the coronavirus. The White House doctor said Trump would continue “carrying out his duties without disruption while recovering” from the virus. Julio Cortez/AP hide caption

President Trump and first lady Melania Trump have tested positive for the coronavirus.

The president broke the news on Twitter just before 1 a.m. ET Friday.

“Tonight, @FLOTUS and I tested positive for COVID-19,” Trump wrote on Twitter. “We will begin our quarantine and recovery process immediately. We will get through this TOGETHER!”

White House physician Sean Conley confirmed the results in a memo dated Oct. 1, writing that the Trump and the first lady had tested positive that evening and that the President would continue “carrying out his duties without disruption while recovering” from the virus that causes COVID-19.

“The President and First Lady are both well at this time, and they plan to remain at home within the White House during their convalescence,” Conley said in the memo. He added that the White House medical team would “maintain a vigilant watch.”

Tonight, @FLOTUS and I tested positive for COVID-19. We will begin our quarantine and recovery process immediately. We will get through this TOGETHER!

Hours before Trump tweeted out his results, it was confirmed that Hope Hicks, one of Trump’s close advisers, had tested positive for the coronavirus. Hicks had traveled with him to both Tuesday’s debate and to a rally in Minnesota the next day.

On Thursday evening, the president told Fox News’ Sean Hannity that both he and the first lady had gotten tested following Hicks’ diagnosis.

“We’ll see what happens. Who knows,” Trump told Hannity. “I spend a lot of time with Hope. So does the First Lady.”

Trump’s positive result — just over a month before Election Day — is another curve ball in an already unprecedented election season. Several members of the Trump administration — including Vice President Pence and Secretary of State Mike Pompeo — announced negative test results following the news.