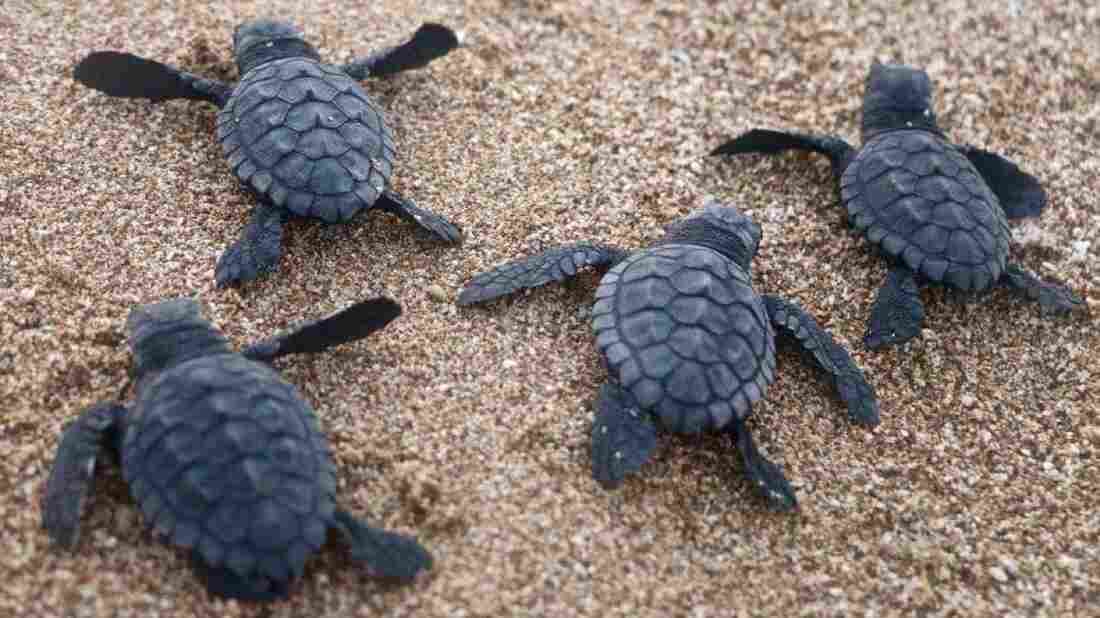 Lebanon’s capital Beirut remains devastated by the massive explosion at the city’s port last month. The country is in the depths of an economic collapse, and coronavirus is spreading.

But as Lebanon reels from multiple tragedies, conservationists are pointing to one bright spot. They say a record number of endangered green sea turtles have come to nest on the country’s shores. Loggerhead turtles have also come in large numbers.

Seventy-two-year-old Mona Khalil has spent the last 20 years defending a small piece of shoreline, less than a mile long, from the factories and private beach clubs that now carpet almost all of Lebanon’s coastline.

Al-Mansouri Beach is now one of Lebanon’s most important breeding grounds for turtles. Every nesting season, Khalil and a team of volunteers count turtle’s nests. They watch over them — protecting them from foxes and other animals and from humans — and then help the hatchlings on their journey back to the sea.

The last time Khalil saw an increase in the number of green sea turtle nests was during another crisis in Lebanon — the war with Israel in 2006. Israeli gunboats floated just off shore of the beach. “The beach was deserted,” she recalls.

Even back then, she only counted nine green sea turtle nests. This year she has counted 20. “It’s amazing!” she says. “We haven’t had this number in two decades. It’s really something that is important for the world and not just for Lebanon”

After years of decline, Khalil says this is also a good year for loggerhead turtles. She’s counted 16 nests.

Ali Badreddine, a consultant for a marine turtle conservation project supported by Lebanon’s ministry of the environment, says his team has recorded greater numbers of turtle nests at the several other important beaches along the country’s coastline.

Badreddine says protecting these endangered turtles and their offspring is a real challenge in the face of fishing, where they become entangled in nets, trash dumped into the Mediterranean Sea and uncontrolled coastal development.

Khalil has dedicated much of her life to fighting these challenges. Living in a small, orange painted home near the beach, she says she has risked her life standing up to local residents who used to use dynamite to fish just off the shore.

“I have been shot at. They have tried to burn down my house,” she says. “They have done so many things just because I managed to stop this.” 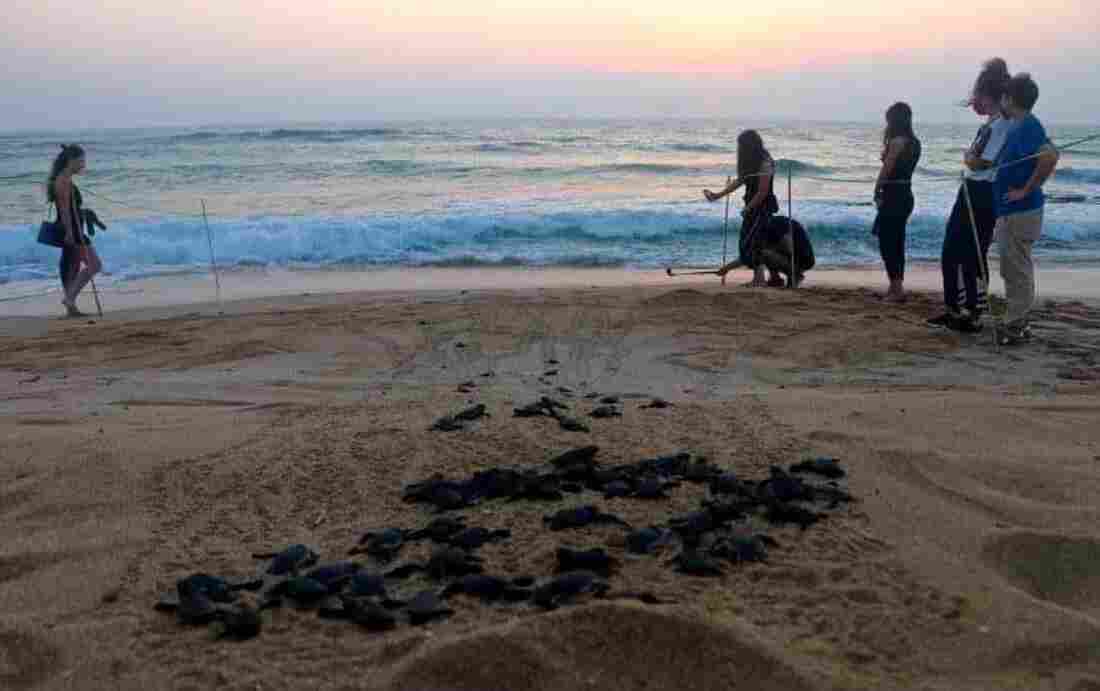 Volunteers watch over sea turtle hatchlings as they make their way down the beach in Lebanon. Yara Khasab /Orange House Project hide caption

In recent years, Khalil fought against the construction of the Palagio Beach Resort, a club that sits right on this small strip of beach.

The area has been declared a “community protected zone”, which restricts the type of construction allowed in the area. An investigation by Lebanon’s Daily Star newspaper found that the planning permission documents allowed only for a residential complex at the site of the resort.

Khalil said corruption and financial interests from top politicians in the country meant the resort was built regardless. The resort did not respond to NPR’s repeated requests for comment.

This year, Khalil says, the pandemic and economic crisis in Lebanon meant that the resort remained closed throughout the summer. “They put off their lights and we got back our turtles,” she says.

Nesting mother turtles need the cover of darkness to climb up the beach, and hatchlings are thought to navigate to the sea by the light of the moon. Khalil says lights from the resort can confuse them, causing them to scurry up the beach instead of towards the water.

“The turtles have a right to this beach. They are in the right. This has been their beach for the last 250 million years, long before humans existed,” she says, the emotion telling in her voice.

“Who are we to kick them out? They are only asking for a short season to nest. I don’t understand why people can’t respect this.”

“This year was a great year,” she says. “But I am not hopeful for the future.”

Lebanon is not the only country that has seen signs of recovery in nesting turtle populations during the global pandemic.

As people have retreated from beaches around the world, conservationists in Phuket, Thailand found more leatherback turtle nests than at any point in the last two decades.

There have been significantly increases in Florida.

And in northern India, thousands of Olive Ridley sea turtle hatchlings took advantage of nearly empty beaches to make their crossing to the sea.