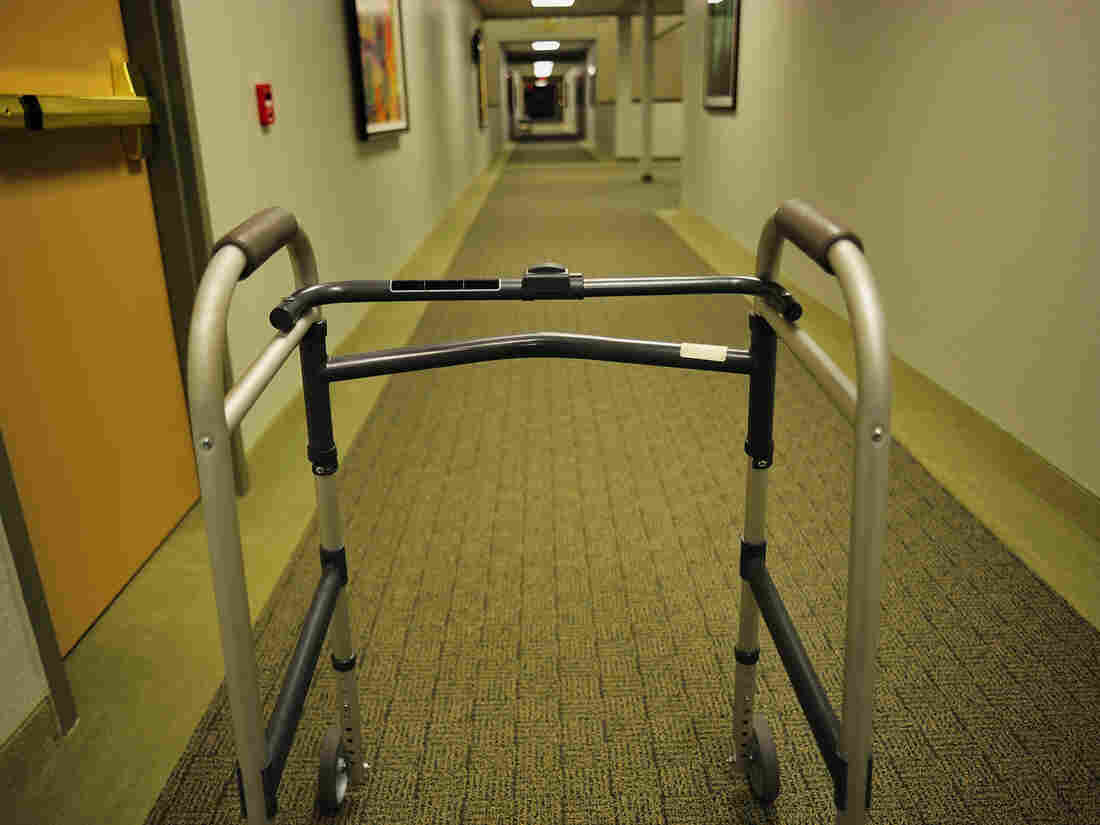 Hundreds of nursing home residents have been transferred as a result of their facilities treating COVID-19 patients only. Joelle Sedlmeyer/Getty Images hide caption

In some nursing homes, 100% of the residents are positive for the coronavirus. That’s by design. These facilities have volunteered to devote part or all of their buildings exclusively to treating COVID-19 patients, who bring in more government money. But to make room for them, the original residents can be forced out of the places they’ve called home.

Ruby Hamilton was one of them. She was in her 90s by the time she needed full-time nursing care. Being an independent woman, she chose the nursing home she wanted: Westpark in Indianapolis. Her daughter, Carolyn Oliver, says Hamilton was happy there for five years.

“We knew the people. We knew the facility. They knew us,” Oliver says. “So we were very comfortable with where she was.”

Then suddenly in March, Oliver received a phone call saying that Westpark would be receiving coronavirus-positive patients and therefore her mother and other residents would be transferred to another nursing facility in the same chain.

“It was probably about three days’ [notice],” Oliver says. “It was almost immediate.”

Federal law says that nursing home residents have to receive 30 days’ notice before an involuntary transfer. They also have the right to appeal. But the federal government waived that rule during the pandemic. So some nursing homes in Massachusetts, Texas, California and other states have converted to caring just for coronavirus-positive patients.

Oliver says her mother’s new accommodation left much to be desired.

“They had no TVs, no radios and no phones,” Oliver says. “So there was no contact to the outside world, period.”

Hamilton deteriorated after the move and died on June 4.

“The shorter-term consequences are disability and death,” Mintz says.

There are a lot of mental and emotional consequences, too. 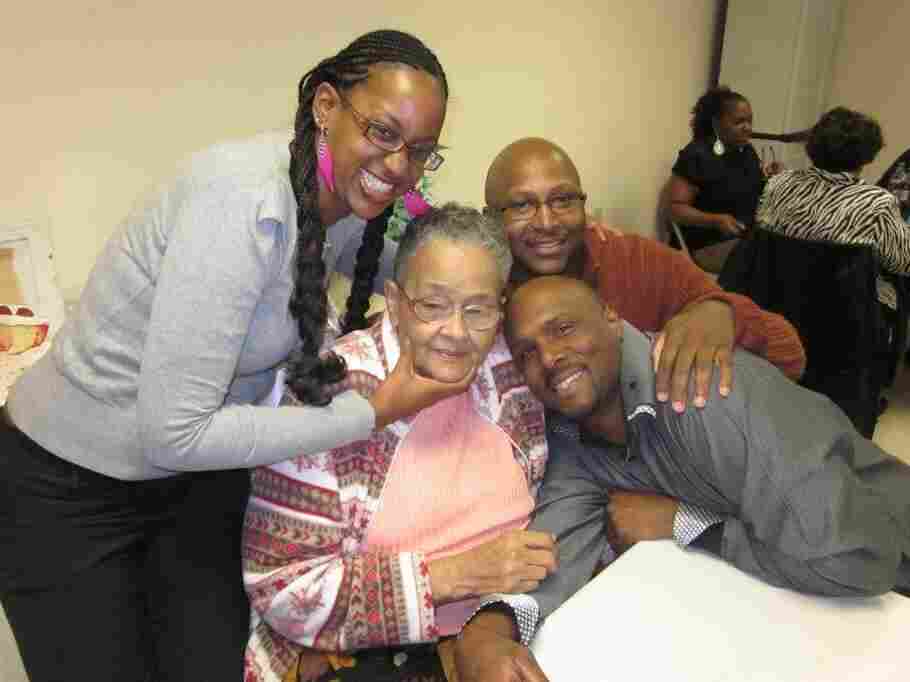 Ruby Hamilton is surrounded by her granddaughter Liz McLemore (left) and grandsons David Oliver (second from right) and Timothy Oliver. Family members always coordinated a party or luncheon when they visited Hamilton. “We wanted to give her flowers while she was alive,” McLemore says. Liz McLemore hide caption

“More severe memory impairment, where there was only a mild one before the move,” Mintz says. “Also emotional symptoms: sadness, anger, irritability.”

Nursing homes can alleviate some of that trauma, Mintz says, by telling people when they can expect to return. But that’s not what happened to residents transferred from a nursing home in Leonard, Texas. And one of them says the results have been heartbreaking to witness.

“Some of them are so confused and depressed, crying and roaming the halls,” says one woman whose name isn’t being used because she fears retaliation from her new nursing home. She liked her old place at Leonard Manor.

“The first day I arrived [at Leonard Manor], I said, ‘Oh, this is heaven.’ And I just felt so safe with those people and they were so caring,” she says.

But the facility needed an emergency repair, so residents were hastily moved to another nursing home 25 miles away run by the same chain.

“They told us to bring five changes of clothes,” the woman says, because they’d be returning soon.

That was in late January. But once the residents were out, and the repair was done, management decided to redecorate. Then it decided to make it a facility only for COVID-19. So the woman who once lived at Leonard Manor can’t go back, and she’s not too crazy about the place she’s in now.

“I’ve spent many a weekend in bed because there was no one to get me up,” says the woman, who needs help to get from her bed to her wheelchair.

The nursing homes cited in this story and the chains that own them did not return multiple calls and emails seeking comment, so we don’t know the motivations for becoming facilities only for COVID-19 patients. But there is an undeniable financial incentive, says Dr. Michael Wasserman, a geriatrician who’s been a nursing home medical director for decades.

“Most nursing homes are filled with people who live there and are paid by Medicaid at rates that probably are less than what you spend to stay at the local Hilton Garden Inn,” he says.

But short-term patients, such as those with COVID-19, are paid for by Medicare, which brings in up to four times more money. Wasserman says that’s a lot of temptation for companies that are mostly for-profit.

“My concern when COVID hit was there would be those in the industry who saw an opportunity to trade low-paying Medicaid residents for high-paying COVID patients,” he says.

Hundreds of residents have been transferred as a result of their nursing homes becoming facilities only for those with COVID-19. The total could well be higher. At least a dozen states permit the practice, but only three states track the numbers. The woman from Leonard Manor says she feels like no one is keeping track of what happens to her.

“I try not to think too far ahead because I’m going to be disappointed if I do,” she says. “I’m so afraid we’ll never get back there.”

So after bearing the brunt of COVID-19 fatalities, after being cut off from family and friends, suddenly losing their homes is one more way that older adults in nursing facilities are suffering the pain of the coronavirus.