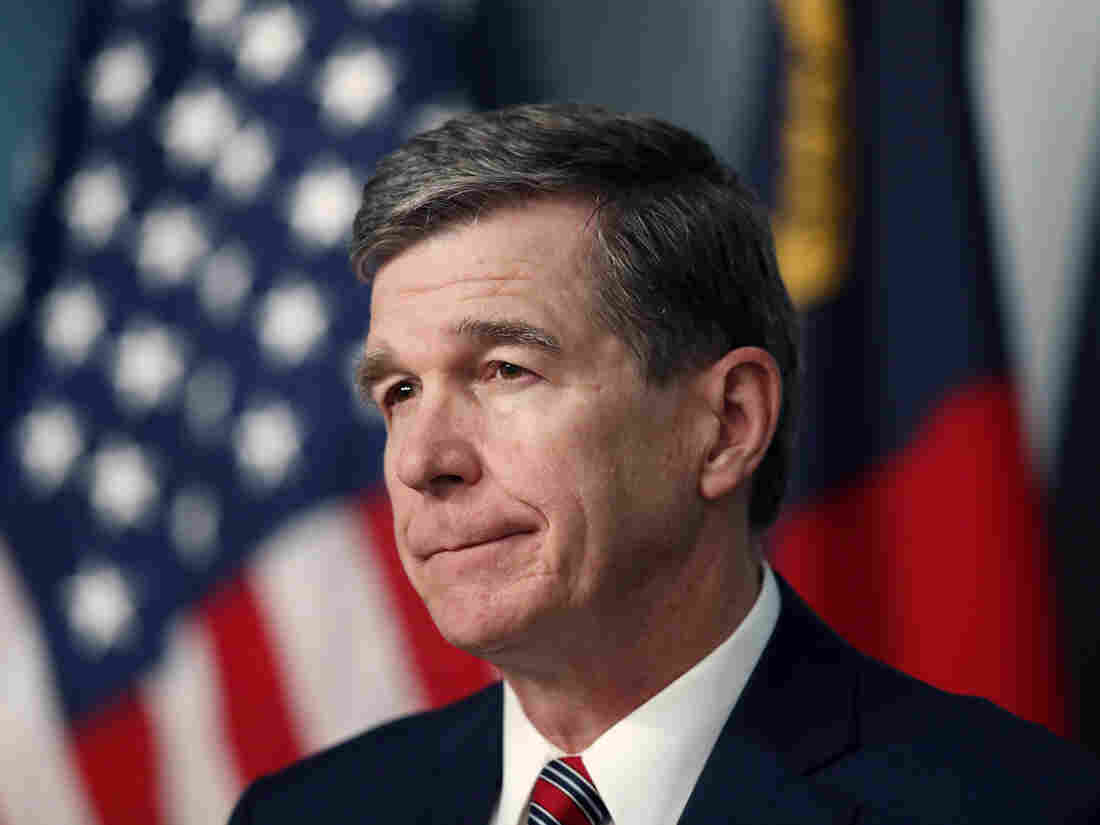 He said that the state’s coronavirus numbers show promising signs of stabilization, and the start of the school year later this month means it is the time to “double down” on safety.

“With the opening of schools, people will move around more and so will the virus,” Cooper said. “Other states that lifted restrictions quickly have had to go backward as their hospital capacity ran dangerously low and their cases jumped higher. We won’t make that mistake in North Carolina.”

Most but not all schools will reopen with remote learning, Cooper said. Those that open to in-person instruction will have smaller class sizes, mandatory mask-wearing and social distancing.

He added that college campuses will open for students but will use more buildings and less in-person instruction than in a typical year.

Schools districts across the country are grappling with how to resume instruction as the pandemic rages on in the U.S.

Under North Carolina guidance, schools can choose to open for in-person instruction with specific safety protocols under “Plan B” or fully remote learning under “Plan C.”

Cooper previously announced that the state will provide at least five reusable face coverings for every student, teacher and school staff member in public schools.

State officials have enacted other measures to curb the spread of the virus. A statewide mandate requiring face coverings in public spaces took effect on June 26. And last week, a curfew took effect requiring restaurants to stop selling alcoholic beverages after 11 p.m.

“Our success at returning thousands of students, teachers, and staff safely to classrooms this month depends on us doing what works,” Cooper said.

According to Dr. Mandy Cohen, secretary of the North Carolina Department of Health and Human Services, the state’s trajectory of lab-confirmed cases and the percentage of tests returning positive over 14 days have stabilized but remain high, and the trajectory of hospitalizations is starting to level.

North Carolina passed the threshold of 2,000 coronavirus deaths this week. On Wednesday, it reported 1,127 new cases out of 19,444 completed tests, and officials said 1,167 people remained hospitalized.

Cooper also pointed to the two deaths and other trauma caused in the state by Hurricane Isaias earlier this week.

“Whether it’s a storm or a pandemic, that kind of hope and our shared commitment to a stronger future will keep us going,” Cooper said. “Hold on to that hope. Keep wearing your masks. And know that these difficult times won’t last forever, but our strength and resilience will.”