The traditional prelude to the Olympics, the torch relay, will look – and sound – a bit different this year, as spectators are asked to avoid crowds and dampen their cheers when the torch passes by them.

Members of the Tokyo Organizing Committee announced a series of pandemic measures on Thursday, including leaving the option open for suspending portions of the relay should health officials deem it necessary.

“No shouting, no cheering. Please cheer by clapping your hands and maintain appropriate distance in case there is crowding,” Yukihiko Nunomura, the vice director general of the committee, said at a press conference Thursday, according to The Associated Press.

The subdued torch relay is set to begin March 25 in Fukushima and travel through Japan until July 23, the day of the Games’ Opening Ceremony. The Olympics were delayed by a year because of the coronavirus pandemic. 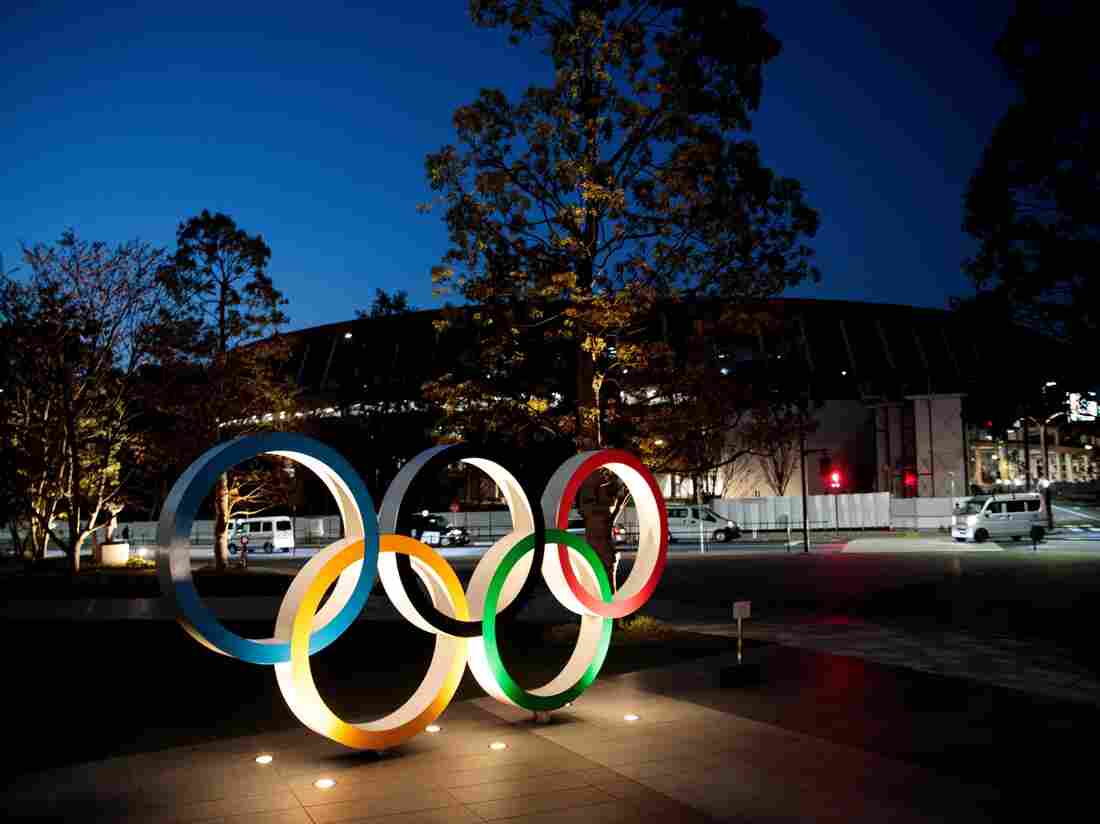 The Olympic rings displayed outside the National Stadium, a venue for the 2020 Olympic Games, in Tokyo last year. The Games have been delayed until 2021 because of the coronavirus. Behrouz Mehri/AFP via Getty Images

About 10,000 torchbearers and others expected to take part in the torch relay, the AP added.

The organizing committee also released detailed safety protocols including what it calls avoidance of the “3C’s:” closed spaces, crowded places, and close-contact settings.

It also asked that spectators not watch from the roadside if they feel sick, and encouraged them to wear facial coverings.

Officials are also allowing task forces from local governments to enforce “suspension of the Torch Relay on public roads and/or the hosting of only a Torch lighting ceremony with no spectators,” if such safety protocols are required.

Additionally, torchbearers are asked to follow safety protocols in the lead up to their portion of the relay.

In the two weeks prior to their leg, according to official guidelines, “torchbearers will be asked to refrain from activities that may involve a risk of COVID-19 infection, such as eating out or going to crowded places.”

In the 14 days prior to their portion of the relay, torchbearers must also submit a daily health checklist. On the day of their leg of the relay, if the torchbearers feel sick or suspect they are infected, they must immediately report it to the organizing committee staff.

If they have a temperature above 37.5 degrees Celsius (99.5 degrees Fahrenheit) they may be asked to refrain from running, according to the guidelines.

The embattled Tokyo Olympic Games have faced a number of headwinds besides the coronavirus.

Earlier this month, Japan chose Seiko Hashimoto, one of the nation’s most prominent female politicians, to step in as its new organizing executive.

Her predecessor Yoshiro Mori resigned on Feb. 12 after making sexist remarks saying that women talk to much in meetings.

Following his resignation, International Olympic Committee President Thomas Bach issued a statement saying he respects Mori’s decision to step down, and looks forward to working with his successor.

Despite the ongoing pandemic, organizers are pushing forward with planning the event, a daunting task that is scheduled to bring thousands of athletes, media and volunteers from around the world.

Few people in Japan are likely to be vaccinated by the time the Games open, The Guardian reported, increasing fears the event could trigger a new round of outbreaks there.