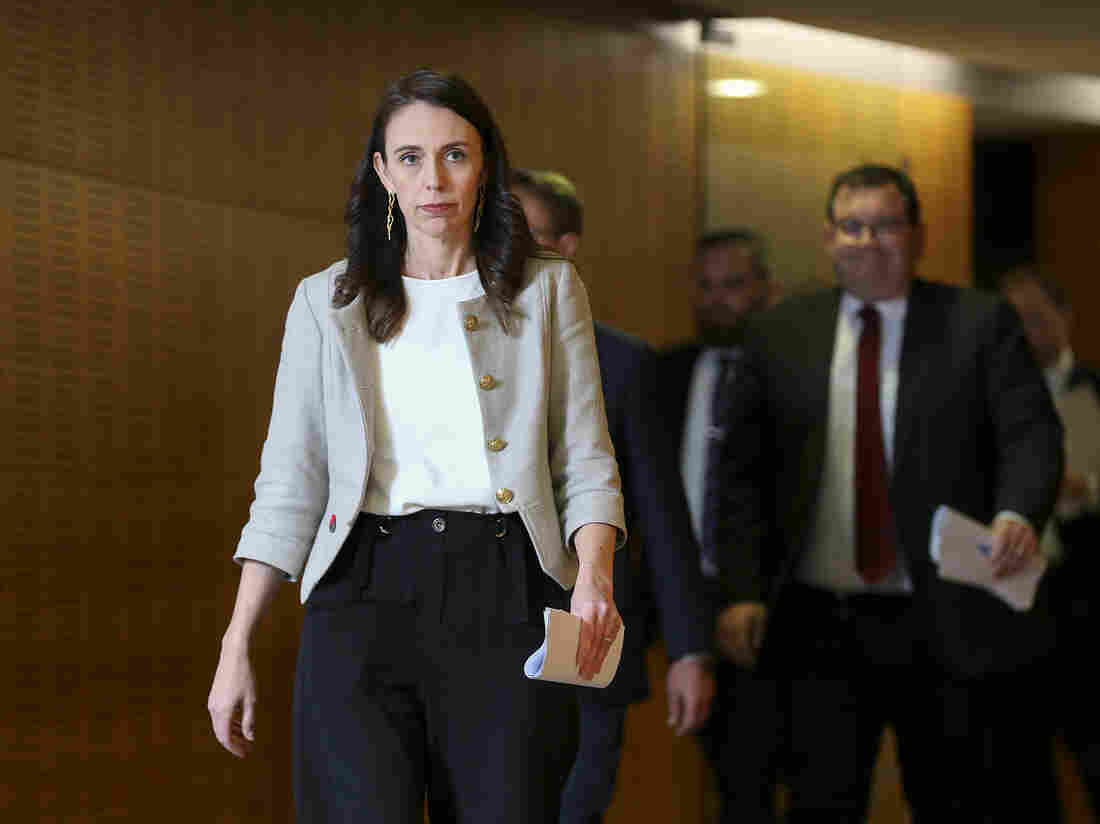 After more than three months without any known community spread of the coronavirus in New Zealand, a new outbreak in Auckland has upset the fragile normalcy that had returned in the nation.

It was just Tuesday that the government said it had its first cases from an unknown source in 102 days, all within one family. By Friday, the outbreak had grown to 30 cases, including in other cities where members of the household had traveled.

Now, a hunt is on to find the source of the outbreak — a search that shows how difficult it is to stamp out the virus, even on an island nation that has taken quick and decisive steps to eliminate it.

There are a few theories about how the virus might have slipped through New Zealand’s defenses.

One focus is a cool storage facility of a U.S.-based company called Americold. A number of the cases in the new cluster are employees at an Americold facility in Auckland.

Could the virus have spread via freight?

“It is theoretically possible, but all indications are that it is not very likely,” says Donald Schaffner, a food microbiologist at Rutgers University.

New Zealand’s food safety authority released a statement on Thursday reminding that the general scientific consensus is that the risk of COVID-19 transmission by food or food packaging is “negligible.”

The authority said that consensus “results from epidemiological observations from the large number of global cases, the limited ability of the organism to survive on inanimate surfaces and the unlikely probability that an infectious dose would survive and be transmitted in food packaging scenarios, especially that moving in international trade,” the authority said.

In other words, a whole lot of things would have to align for someone to become infected by via imported food or food packaging. While China has been doing widespread testing of imported food packaging and has occasionally had tests come back positive for the virus, the New Zealand authority said, “It is our understanding there have only been 6 positives from over 200,000 tests run. Further these testing results do not determine presence of infectious particles.”

Surfaces in the Americold facility have been swabbed for the virus, but New Zealand’s director-general of health Dr. Ashley Bloomfield says it’s more likely that the virus spread via humans. Respiratory transmission is understood to be the primary way that the virus is spread.

“We are looking still at the human-to-human transmission and going back along that chain,” Bloomfield said Friday. “We’re also thoroughly investigating the sort of chain through the Americold setting from the border, right through to that cool store, and we are getting help from our police colleagues to sort of treat that as an end-to-end scene examination.”

Another theory: Perhaps the virus has been circulating at a low level for all this time, and eventually found a host that it made sick enough to become symptomatic. Once people started being tested around that index case, more cases were found.

Prime Minister Jacinda Ardern said that possibility has become less likely, with new genomic data that found the strain of the virus in the new cluster is different from strains that had circulated in the country earlier this year.

“This suggests this is not a case of the virus being dormant or a burning ember in our community,” Ardern said. “It appears to be new to New Zealand.”

Bloomfield agreed. “I think the nature of this outbreak shows how actually once you identify that first case, you find quite a lot quite quickly,” he said. “And we just wouldn’t have not found cases over the last three months if it had been still lurking away in the community, especially because we were going into winter.”

Yet another theory: Could the virus have been spread from an incoming traveler to someone who works at an airport or managed quarantine facility?

For months, the country has closed its borders to almost all travelers. New Zealand citizens are permitted to return, but must go into 14 days of managed isolation or quarantine. There have been arrivals who test positive for the virus, but they are kept isolated from the general population.

Since the new cluster emerged, workers at the country’s managed isolation facilities, ports and airports are being tested. But so far, the new strain of the virus doesn’t match the samples of the positive cases who have arrived at the the country’s border.

So for now, the viral mystery continues.

More cases in the cluster are expected to crop up in the coming days. “It will grow before it slows,” Ardern predicted.

She said it’s possible that the new outbreak’s source may never be found — but that won’t stop New Zealand from “going hard and going early” to bring the cases under control.

“It is possible to contain a cluster or outbreak without ever being able to determine its origin,” she said. “What is important is being able to establish the perimeter of the cluster and stop it from growing.”