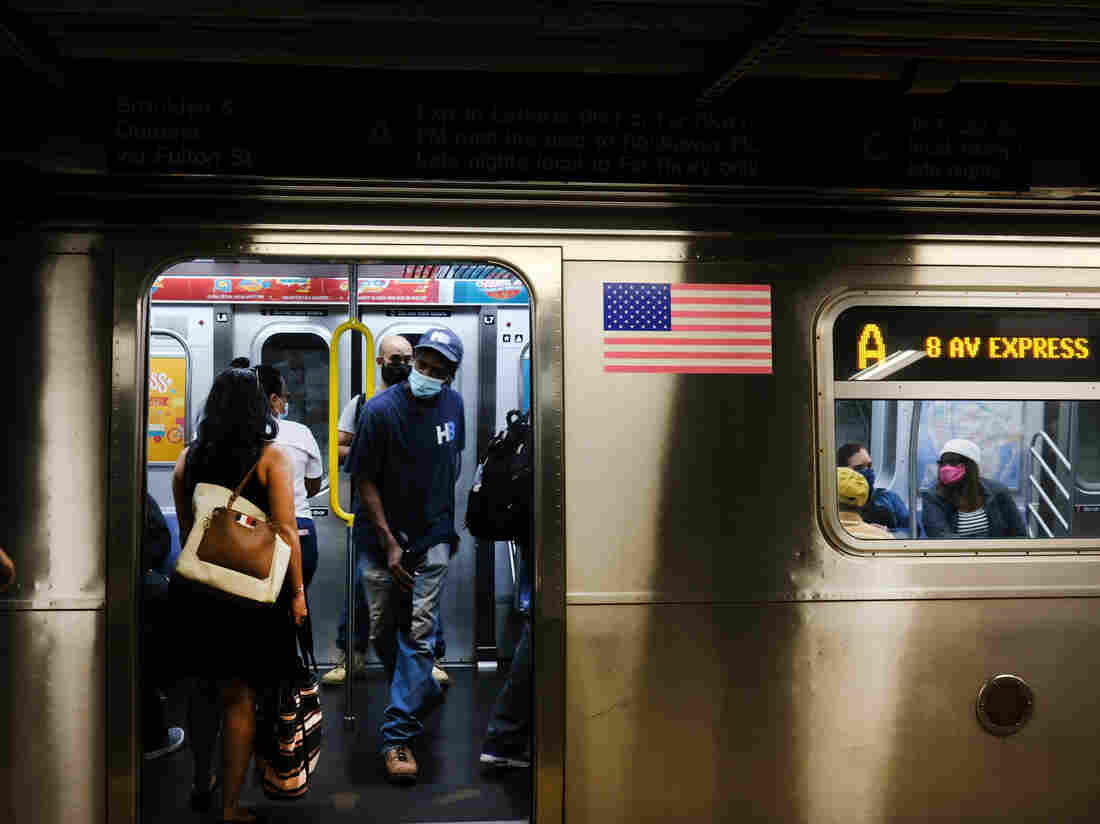 Starting Monday, New Yorkers who refuse to wear a mask on public transportation could face a $50 fine.

The Metropolitan Transportation Authority said on Thursday that the new measure will take effect on all New York City subways and buses, as well as the Long Island Rail Road and Metro-North Railroad.

“No rider has the right to endanger fellow riders by putting themselves above the law & refusing to wear a mask,” New York Gov. Andrew Cuomo tweeted.

Cuomo issued an executive order in April requiring all customers and employees to wear face coverings while on public transit, and said on Thursday that most already do.

MTA surveys indicate that more than 90% of riders mask up on subways, buses and railroads. The fine is intended to drive that number up even higher.

“We know the vast majority of New Yorkers are already doing the right thing and wearing a mask while riding with us,” said Sarah Feinberg, interim president of New York City Transit. “The fine is a last resort measure for those who refuse to comply.”

Officials said compliance will be enforced by MTA police, the New York Police Department and Bridge and Tunnel officers.

According to the MTA, officers will first offer a free mask to any passenger who does not have one. If a rider refuses, they could be fined.

The transit system has enacted a number of safety and sanitation measures in an effort to get potential passengers back on board, from disinfecting its cars and stations daily to stocking vending machines with personal protective equipment as part of a pilot program.

Still, Cuomo acknowledged, residents and commuters may feel more comfortable getting around in private vehicles where they can practice social distancing.

On Thursday, he expressed concerns about the city’s ability to handle an influx in vehicular traffic coming into New York City, a typical post-Labor Day phenomenon that will likely be exacerbated by the pandemic.

Cuomo encouraged people to return to the city’s buses and trains, and said the new penalty is designed to reassure nervous would-be riders that it is safe to do so.

“I have asked the MTA to come up with an enforcement regimen so people know that not only are the cars clean and the stations clean, but the riders will be acting appropriately,” Cuomo said. “We have to be able to say to the riding public that everyone will be wearing masks – and if they refuse to wear a mask they will be penalized.”

Transportation Workers Union Local 100, which has been advocating for stronger mask enforcement for months, celebrated Thursday’s announcement as good news for public transit riders and workers.

The union cited a survey it conducted in July that found that on some bus routes, only 60% of riders were wearing masks, putting the people around them at risk.

“We recognize that a fine could be hardship for some,” Local 100 President Tony Utano said in a statement. “You know what’s harder? Going to a funeral because someone didn’t wear a mask on a bus or train.”