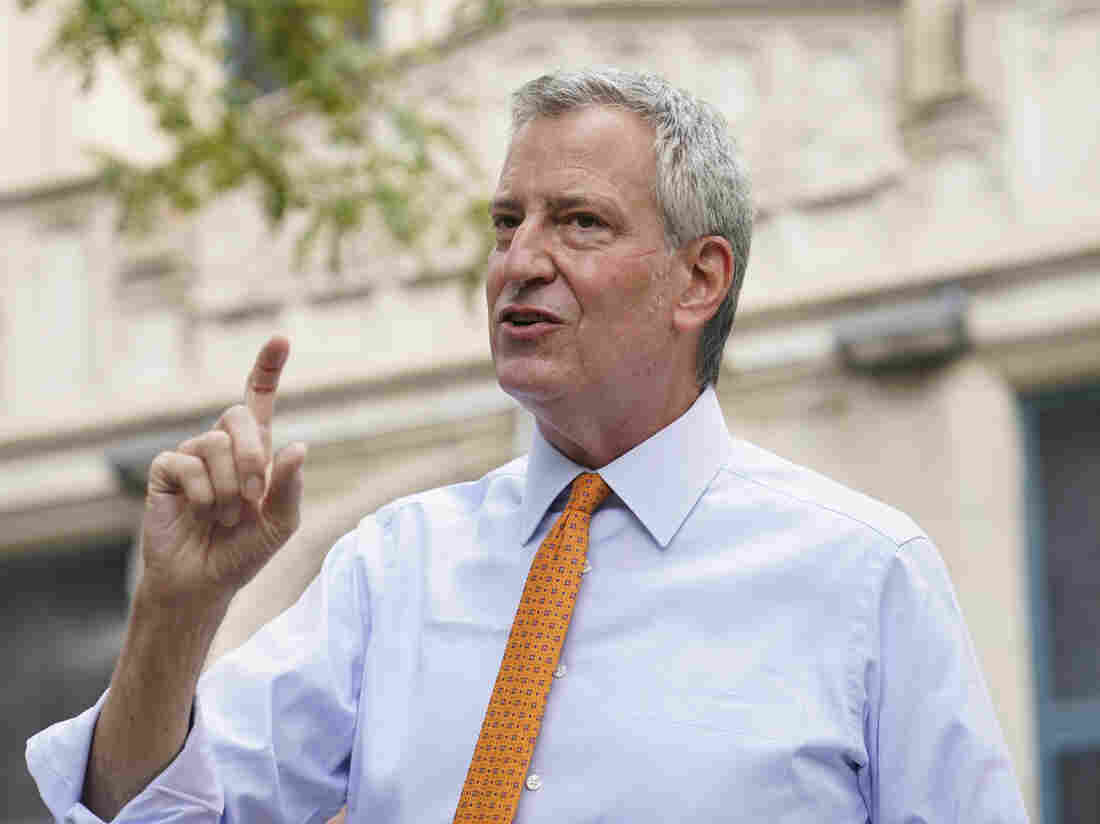 New York City Mayor Bill de Blasio says he and other staff will take an unpaid furlough week, part of an effort to respond to billions of dollars in lost revenue and show solidarity during the COVID-19 pandemic and related economic shutdowns.

The week of furloughs for mayor’s office employees, along with other changes that were announced in early summer, will bring a 12% cut to the mayor’s office budget – a drop in the bucket for a city that faces what the office calls a $9 billion “toll on city revenue.”

De Blasio faulted the federal and state governments for not doing more to ease the financial burden on cities like his.

“Here we are, in the middle of September. I couldn’t have imagined no action by Washington, D.C., up to this point,” de Blasio said, adding that he took it as an “article of faith” that a second federal stimulus package would have arrived by now.

“There hasn’t been, and I see no indication there will be for the remainder of this year,” the mayor added.

I’m at City Hall with the latest updates. https://t.co/ndIf440IHK

De Blasio also called on the state government in Albany to boost the city’s ability to borrow money to cover costs related to the pandemic.

New York City has already cut $7 billion from the budget that was projected in February, de Blasio’s office said in a statement about the furlough plan. As it looks for ways to trim more spending, the mayor’s office says the city is working with labor groups to find ways to prevent layoffs.

“This is a painful step, but it shows just how committed we are to responsible budgeting and leading the city through these challenging times,” the mayor said.