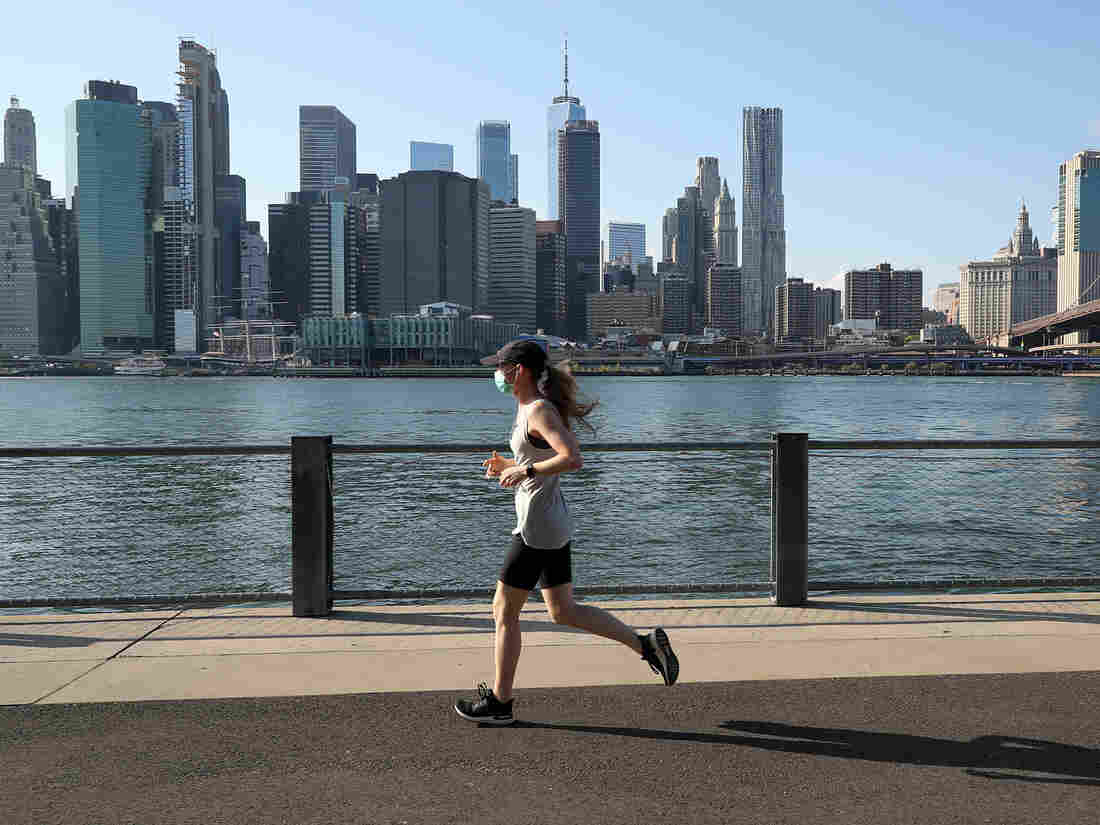 A woman runs with her face mask on Monday in New York City, where the mayor has announced that city personnel will hand out free masks to anyone who is not wearing a face covering. Tayfun Coskun/Anadolu Agency via Getty Images hide caption

New York City Mayor Bill de Blasio said Tuesday that the city will impose fines on people who refuse to wear face coverings, after it saw a positivity rate for coronavirus tests of over 3% for the first time since June.

City personnel will hand out free masks to anyone who is not wearing a face covering, the mayor said.

“Anyone who refuses to wear a face covering will be told that if they don’t put one on, they will be fined,” de Blasio said. He said it would start immediately and on a large scale. “That will happen aggressively, clearly.”

“Our goal, of course, is to give everyone a free face mask and get them to wear it. We don’t want to fine people,” said de Blasio.

Out of 146 zip codes citywide, de Blasio said, the uptick is happening primarily in nine zip codes in Brooklyn and Queens, including areas with tight-knit Orthodox Jewish communities. Health officials are emphasizing outreach to these communities to distribute masks and literature.

The mayor said he’s been meeting with neighborhood representatives, including those from Midwood, Borough Park, and Williamsburg.

The cases in these nine zip codes account for 25% of the city’s overall cases, even though they hold just seven percent of the overall citywide population, according to New York City’s health commissioner Dave Chokshi.

This new city rule comes in the heels of an emergency rule issued earlier this month by Gov. Andrew Cuomo. It requires commuters on the Metropolitan Transportation Authority system to wear face masks or else face a $50 fine.

De Blasio stressed that the city’s seven-day rolling positivity rate average, 1.38%, is less worrying than the single-day positivity rate of 3.25% that he announced Tuesday.

Still, he said it’s cause for significant concern: “We have not seen a day like that in quite a while, and we don’t want to see days like this.”

Enforcing this new mandate will involve “every agency,” said the mayor, including the Sheriff’s Office and the New York Police Department.