Travelers waited to flee Paris at the Montparnasse Train Station on Friday ahead of a new lockdown announced by the government in response to a surge in cases of the coronavirus.

Several European countries have instituted new lockdown restrictions, while others are considering tightening their rules in order to curb the spread of the coronavirus as case numbers across the continent are surging once again.

In France, a new partial lockdown took effect at midnight on Friday. Some 21 million people across 16 regions, including Paris, are affected by the new measures. The French government decided to take the step amid fears of a third wave.

The new lockdown is less restrictive than previous ones. People will be allowed to exercise outdoors and schools will remain open. However, non-essential businesses have been forced to shut down, while others, such as hairdressers, can remain open if they follow strict guidelines.

Traffic jams were reported as thousands of people tried to leave the French capital ahead of the lockdown on Friday. Traffic volume and train reservations were both up 20%, according to the nation’s transportation minister.

More than 4.2 million infections have been reported in France since the start of the pandemic, according to data from Johns Hopkins University. With more than 91,000 deaths, the country has one of the highest death tolls in Europe.

Poland is taking its measures a step further and embarking on a nationwide three-week lockdown on Saturday after cases jumped 44% week-over-week. Health officials attribute the recent spike to the U.K. coronavirus variant, according to the country’s health ministry.

“The main reason for the development of this situation and its acceleration is the British mutation of the coronavirus,” Polish Health Minister Adam Niedzielski told reporters on Wednesday.

Under the country’s lockdown rules, only essential businesses — such as grocery stores and pharmacies — will stay open. The country will also cancel all in-person classes and return to online education over the course of the lockdown.

Over 49,000 people have so far died in Poland from the virus, according to data from Johns Hopkins.

Earlier in the week, Italy — which was the first country in Europe to impose a lockdown last year — issued new national restrictions to stop the spread of the virus.

Hungary, Bulgaria and Bosnia have also tightened their restrictions in recent weeks. Other countries, including Germany, have warned of a possible return to stricter measures in the days ahead.

With Germany set for a four-day-weekend in early April to mark the Easter holiday, Spahn said the country is not yet ready to relax travel and physical distancing rules. In fact, he said, Germans should be prepared to revert to tighter restrictions.

German Chancellor Angela Merkel is set to meet with the governors of Germany’s 16 states on Monday, when they will discuss whether to reinstate lockdown conditions.

Germany has recorded more than 2.6 million coronavirus cases and over 74,000 deaths.

Meanwhile, in Pakistan, Prime Minister Imran Khan is self-isolating at home after testing positive for COVID-19, a tweet from his office said.

The prime minister is suffering a “slight cough” and the “mildest of fevers,” according to two government officials. 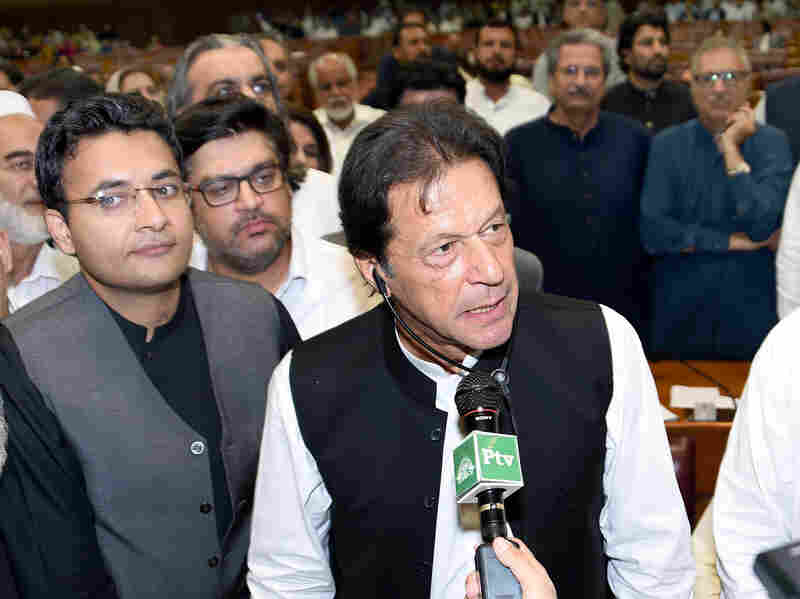 Prime Minister Imran Khan is self-isolating at home after testing positive for COVID-19.

The proximity of those two events could raise concerns that will deepen vaccine hesitation in the country. Health officials have tried to stress that Khan, 68, had likely been infected before he was vaccinated on Thursday.

Vaccine hesitancy is an issue in Pakistan, with a poll earlier this month showing that it is also high among healthcare workers.

Hours before the announcement, authorities shut down restaurants across the Pakistani capital as the U.K. variant of the virus spreads.