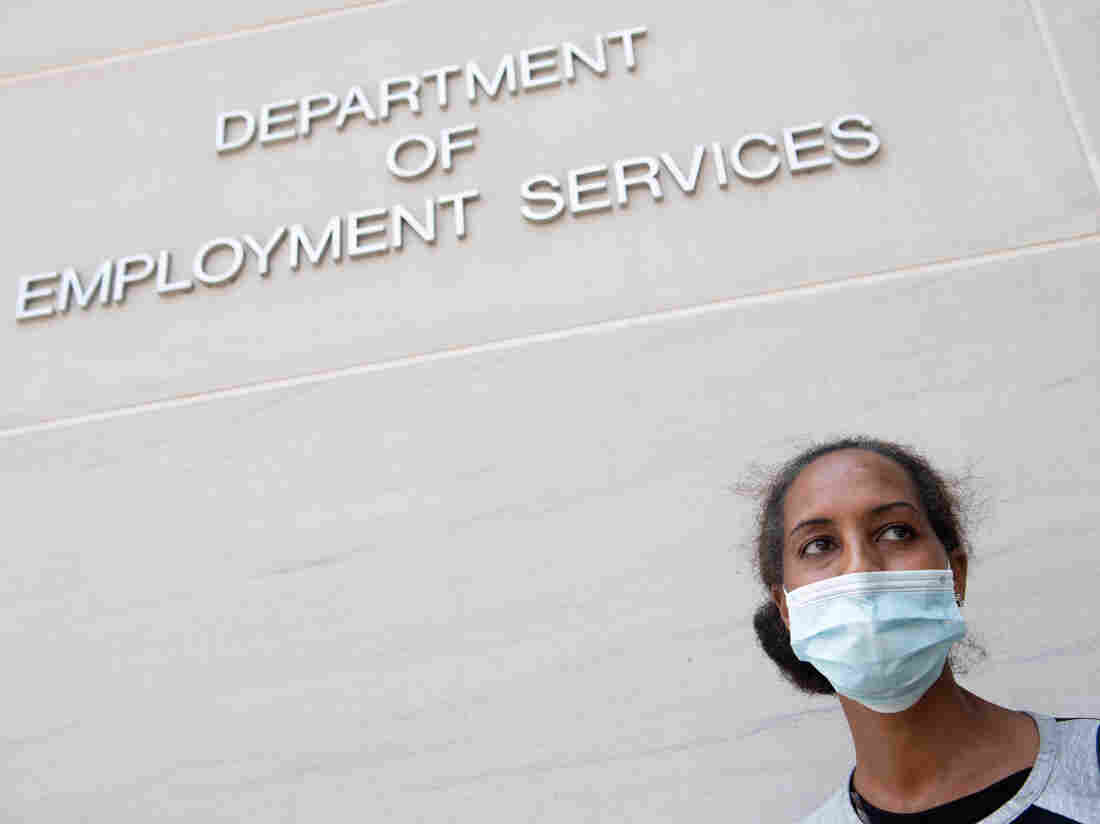 Another 881,000 people applied for state unemployment benefits last week, the Labor Department says. That’s 130,000 fewer than the previous week. But the report comes with an asterisk.

The department just changed the way it adjusts claims data to account for seasonal variation. That should make the reports more accurate in the weeks to come. But it also means the reported change from the previous week is not an apples-to-apples comparison.

Without the seasonal adjustment, state unemployment claims rose by more than 7,500.

In addition to the state unemployment claims, 759,000 people applied for benefits under a special federal program for gig workers and the self-employed, who are ordinarily not eligible for unemployment. Those claims also increased from the previous week.

Unemployment has declined since April when much of the U.S. economy was shut down in an effort to slow the spread of the coronavirus. But it remains very high by historical standards. As of Aug. 15, more than 29 million Americans were collecting some form of unemployment insurance. That figure was up more than 2 million from the previous week.

The seasonal adjustment in state claims is made to cancel out predictable ups and downs in the job market — such as teachers leaving work in the summer or retail clerks being laid off after Christmas — and provide a more accurate picture of broader trends in the economy. During the pandemic, however, wild swings in employment have thrown the adjustment off, resulting in a sometimes-distorted snapshot.

Heidi Shierholz, who was chief economist at the Labor Department in the Obama administration, says the new seasonal adjustment formula should fix that distortion, though she would have preferred that government statisticians also went back and recalculated past reports.

“It is great they’re making improvements in the seasonal adjustment,” Shierholz said. “But the big thing they didn’t do that I wished they had done is fix the earlier numbers.”

Claims under the special federal program have never been seasonally adjusted. That program was created during the pandemic and expires at year’s end, so there’s little basis for seasonal corrections.