President Biden says states like Texas and Mississippi are making a big mistake by ending their mask mandates. Alex Brandon/AP

President Biden said on Wednesday that states like Texas and Mississippi are making a big mistake by ending mandates to wear masks to prevent the spread of COVID-19 at a time when the nation is making a push to boost vaccinations.

“The last thing — the last thing — we need is the Neanderthal thinking that in the meantime, everything’s fine, take off your mask. Forget it. It still matters,” Biden told reporters as he met with a bipartisan group of lawmakers in the Oval Office.

It was uncharacteristically harsh language from Biden, who has placed a premium on civility. And it comes less than a week after he visited with Texas Gov. Greg Abbott in Houston to talk about federal assistance for helping the state recover from deadly winter storms, and boost vaccinations in the state. 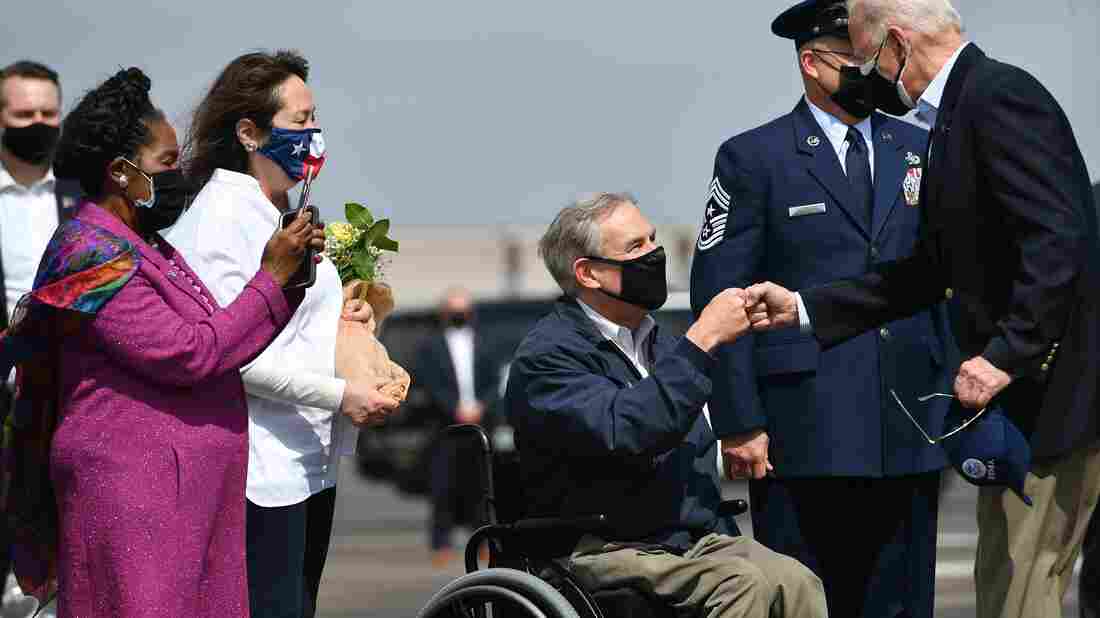 Abbott and Mississippi Gov. Tate Reeves issued similar orders on Tuesday to end requirements for masks and to allow businesses to operate at full capacity. The governors argued that cases have fallen, so the public should be able to make their own decisions about safety.

Biden announced on Tuesday that his administration will have secured enough supplies of COVID-19 vaccines by the end of May for all adults in the country, a significant acceleration of its earlier goal of the end of July.

But Biden warned that it may take time to get those shots into arms. “We will not have everybody vaccinated until sometime in the summer,” Biden said.

Dr. Rochelle Walensky, the head of the Centers for Disease Control and Prevention, told reporters Wednesday “now is not the time to release all restrictions,” noting the next two months were “pivotal” to decreasing virus levels.

“How this plays out is up to us,” Walensky said.