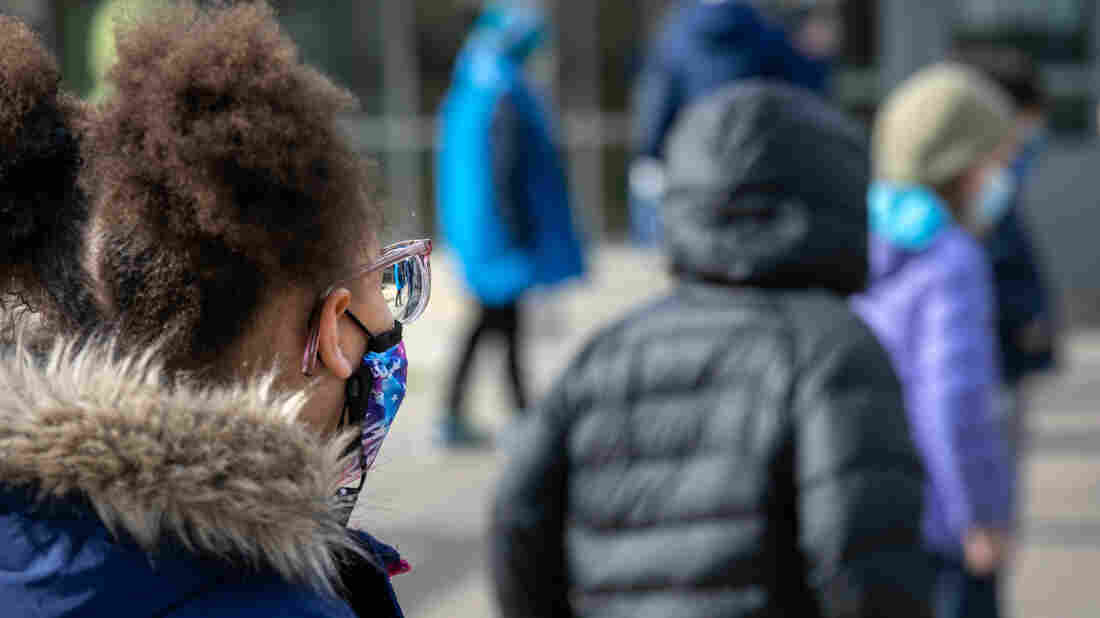 A pediatrician in Kentucky says she’s seeing an increase of children with COVID-19. Cases are spiking for people all ages across the country. Research suggests that in-person schooling is not a significant reason. John Moore/Getty Images

As coronavirus cases increase across the U.S., children have been increasingly testing positive as well.

Dr. Elizabeth Hawse, a pediatrician in Lexington, Ky., says she’s seen a jump from earlier this year, when she was getting “sporadic calls.”

“But over the past few weeks, we are seeing more and more kids calling the office that they’ve been exposed or family members exposed and more and more positive cases,” Hawse tells Steve Inskeep on Morning Edition.

Children represent about 11.5% of all reported coronavirus cases where a person’s age is noted, according to the American Academy of Pediatrics and the Children’s Hospital Association. The groups said the seven day period of Nov. 5-12, the most recently they’ve reported data, was “by far the highest weekly increase” in children’s cases since the start of the pandemic.

Children usually do not have severe symptoms of COVID-19 and many have no symptoms, the Centers for Disease Control and Prevention says.

Hawse says she’s seen that play out in her office, with infants and young children having mild cases. But the older children are, the worse symptoms she’s seen.

“The further you get toward adulthood, toward that age of high school age or above, the more typical kid’s symptoms are what we think of: shortness of breath, fever, more likely to be hospitalized,” she says.

Even if they don’t suffer symptoms themselves, it’s still possible for children to spread the coronavirus to adults. That’s one concern when it comes to teachers and staff in schools.

However, some research has suggested that in-person schooling, with appropriate safety measures, has not led to a significant spread of coronavirus cases.

Still, Kentucky Gov. Andy Beshear last week ordered most K-12 schools to stop any in-person instruction through the end of the semester as cases rise.

Hawse says there is “no good option for schools.”

“There are very few options that serve both a child’s academic health and their social health and their physical health,” she says. School lunch programs, after-school programs and special education services are examples of the benefits of in-person schooling that kids can’t get online.

For parents, Hawse echoes what she’s told her own children.

“We’re not going to probably make great leaps and bounds academically this year, and that’s got to be OK. We’ve got to give one another some grace. We are living through a pandemic.”