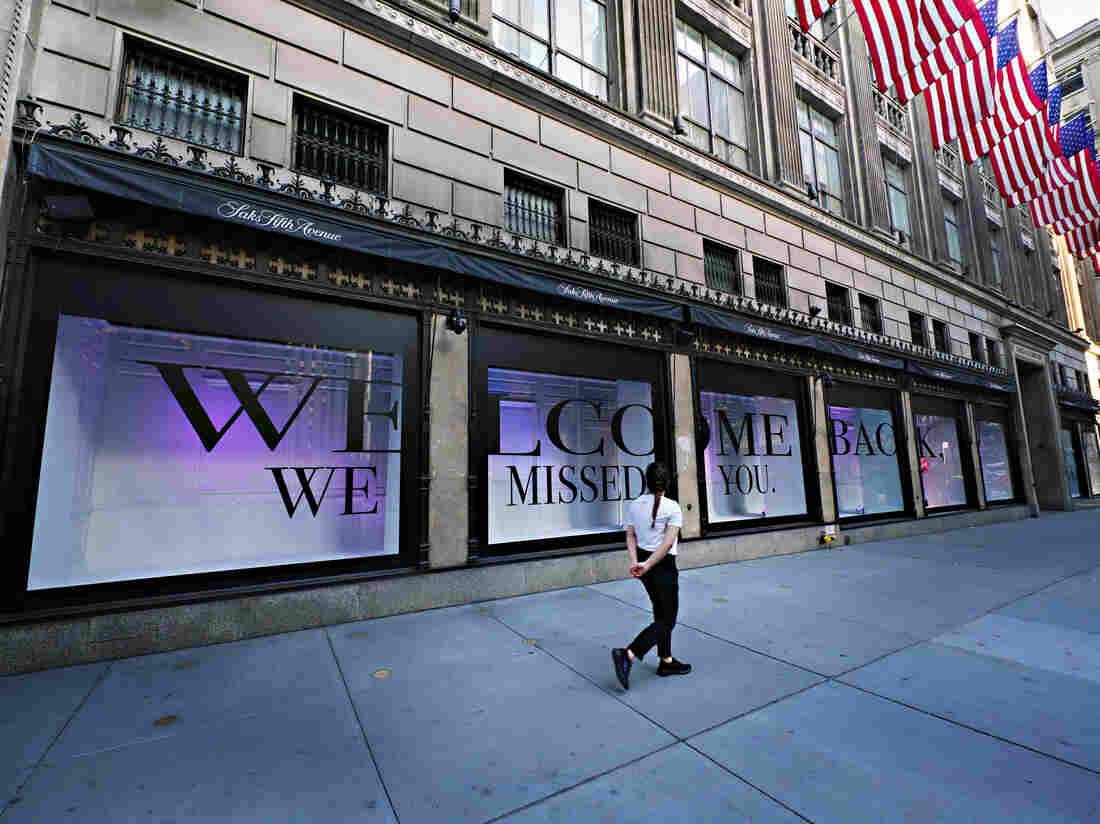 Retailers had placed much hope on a big midsummer shopping spurt, but July proved to be somewhat lackluster, amid renewed lockdowns and new waves of coronavirus cases. Retail sales grew only 1.2% last month compared to June.

Overall sales in July stayed above pre-pandemic levels. This followed a blockbuster June, when sales jumped 8.4% — marking the first month since the start of the pandemic when shoppers spent more than a year earlier, recovering from the historic wipeout in spring.

In July, people bought a lot of electronics to stay entertained at home and appliances for home remodels, and finally slowed their run on exercise gear and outdoor equipment like kayaks and dumbbells. They also started shopping for clothes again, got into their cars for trips, stopping to fill up at gas stations, and cautiously went out to eat as more stores and restaurants reopened, the Commerce Department data showed Friday.

Retail sales — a measure including spending on gasoline, cars, food and drink — are a major part of the economy. The U.S. is slowly dragging out of the sharpest economic contraction in modern history, as parts of the country still report record spikes in coronavirus cases. Many locales have shuttered their businesses again and reimposed restrictions on public gatherings.

Here’s where people were spending in July, compared with a month earlier:

Many restaurants, bars and stores continue to struggle to stay afloat — five months into the pandemic. Tens of millions remain jobless and the boosted unemployment checks, which spurred a wave of spending in May and June, expired at the end of July.

Online shopping has been the clear winner during the pandemic. Walmart, Amazon, grocery delivery company Instacart and scores of other online retailers have reported skyrocketing demand. Amazon, for one, doubled profits between April and June, netting $5.2 billion despite spending billions on coronavirus-related costs and hired almost 200,000 new workers.

Overall, demand for clothes had taken an especially big hit in the early months of the pandemic, tipping a growing list of major retailers into bankruptcy: department stores Stein Mart, J.C. Penney, Lord & Taylor and Neiman Marcus; men’s retailers Brooks Brothers and the parent company of Jos. A. Bank and Men’s Wearhouse; clothing chains J. Crew and parent company of Ann Taylor and Loft; and others.

“Time will tell, but the bottom line is that the economy is far from being out of the woods,” National Retail Federation Chief Economist Jack Kleinhenz wrote last week. “The question is whether it is re-entering the woods.”