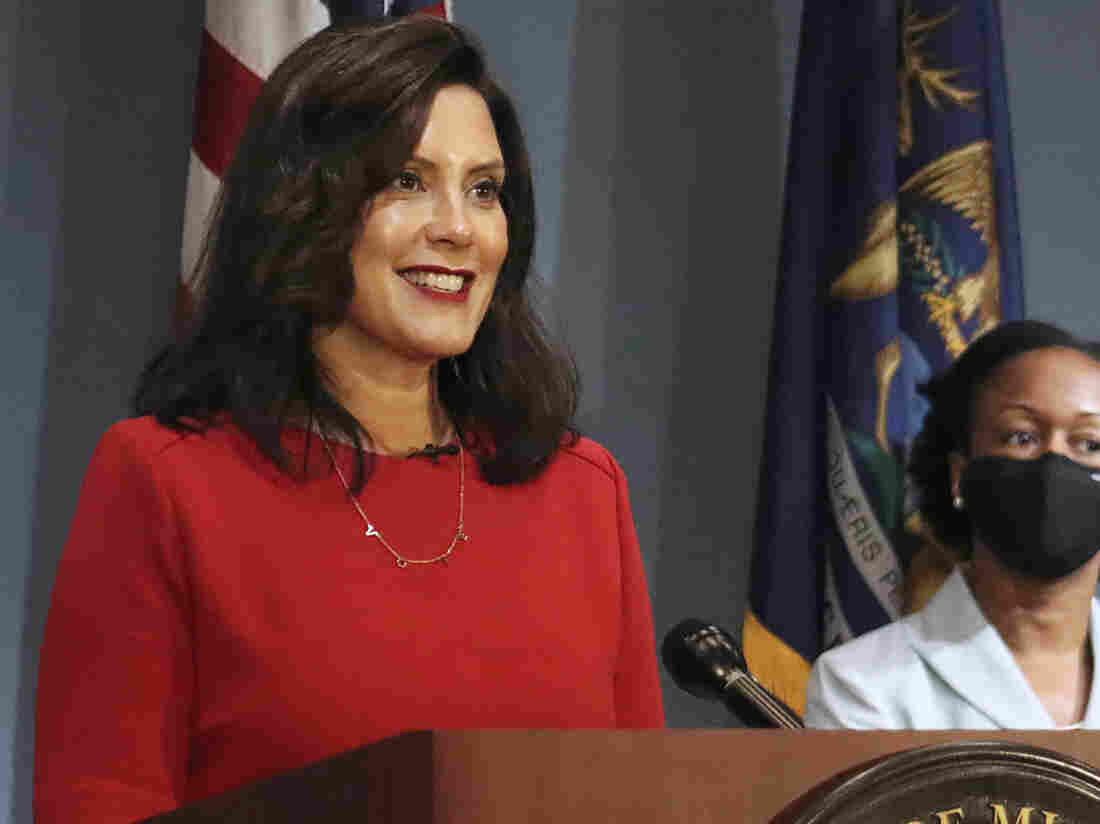 Michigan’s Supreme Court ruled Friday that Democratic Gov. Gretchen Whitmer (pictured here on Sept. 16) does not have the authority to extend a state of emergency past April 30. Whitmer had cited two state laws that allowed her to maintain the state’s coronavirus measures via executive order. AP hide caption

Michigan’s Supreme Court ruled Friday that Gov. Gretchen Whitmer lacks the authority to extend or declare states of emergency in relation to the COVID-19 pandemic.

Whitmer cited two state laws — the Emergency Management Act of 1976 and the Emergency Powers of the Governor Act from 1945 — as granting her the authority to continue the emergency orders past April 30.

In a 4-3 majority opinion, the state’s high court said she did not have that authority.

“We conclude that the Governor lacked the authority to declare a ‘state of emergency’ or a ‘state of disaster’ under the EMA after April 30, 2020, on the basis of the COVID-19 pandemic. Furthermore, we conclude that the EPGA is in violation of the Constitution of our state because it purports to delegate to the executive branch the legislative powers of state government– including its plenary police powers– and to allow the exercise of such powers indefinitely,” wrote Justice Stephen J. Markman on behalf of the majority.

Whitmer responded to the decision calling it “deeply deeply disappointing, and I vehemently disagree with the court’s interpretation of the Michigan Constitution.”

“Right now, every state and the federal government have some form of declared emergency,” Whitmer said in a statement.

The ruling also came the same day that Whitmer rolled back the reopening phase of the state’s Upper Peninsula region, citing an upsurge in cases there.

“With this decision, Michigan will become the sole outlier at a time when the Upper Peninsula is experiencing rates of COVID infection not seen in our state since April,” Whitmer went on to say.

Whitmer’s measures to curb the spread of the coronavirus have been a point of contention between her and Republican lawmakers. In May, as the cases in the state surged, legislators sued the Democratic governor arguing she had overstepped her legal authority in her declarations.

The orders and coronavirus measures also occasioned protests, with hundreds of people — some of them armed — swarming the state’s Capitol.

The day of the Supreme Court ruling a group called Unlock Michigan reportedly submitted some 539,000 signatures calling for the repeal of the 1945 law cited by Whitmer.

In her Friday statement, Whitmer that the court’s decision would not go into effect for 21 days and that her declarations and orders retained “the force of law.” Whitmer added that many of the state’s coronavirus measures “will continue under alternative sources of authority that were not at issue in today’s ruling.”