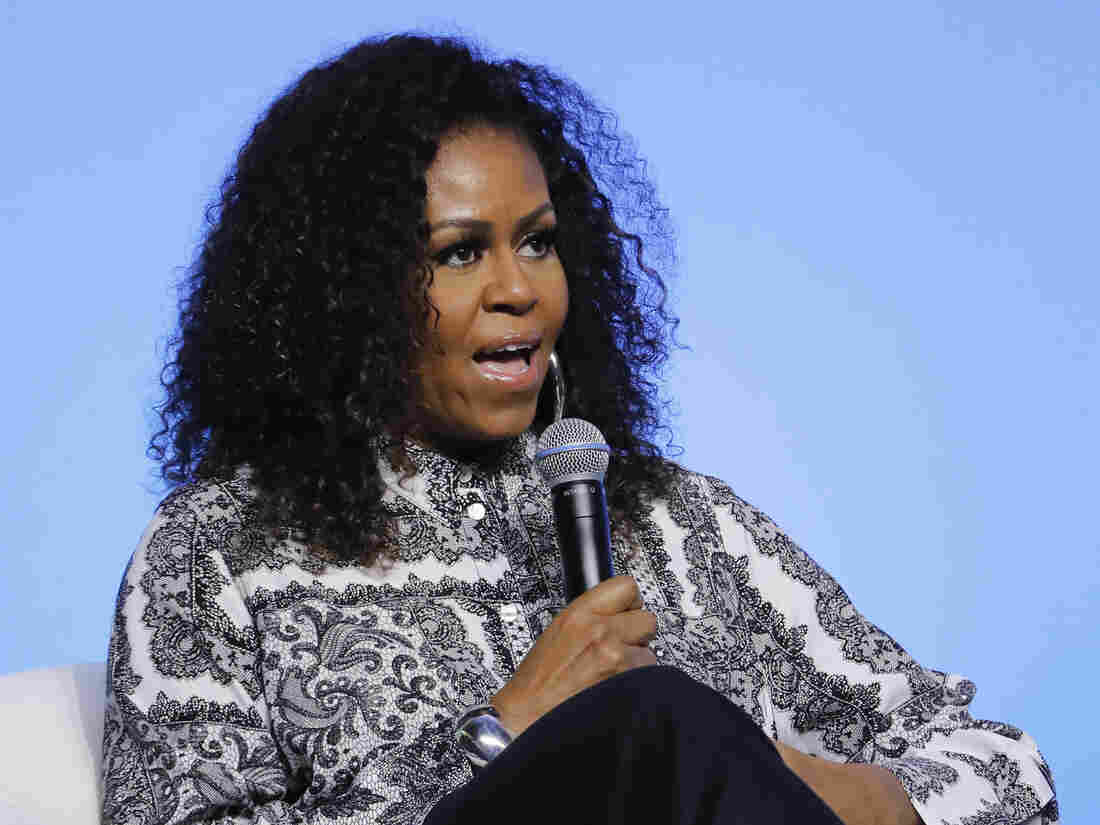 Michelle Obama said on her podcast that she’s been having trouble sleeping and has been feeling depressed. “Spiritually, these are not … fulfilling times,” she said. Obama is seen here in December 2019. Vincent Thian/AP hide caption

Michelle Obama said that she’s dealing with “some form of low-grade depression” due to the coronavirus quarantine, racial strife in the U.S., and the Trump administration.

In the second episode of her new podcast, the former first lady spoke with her friend Michele Norris, the former longtime host NPR’s All Things Considered.

Obama described trouble sleeping and periods throughout the quarantine in which she has felt down. “Spiritually, these are not … fulfilling times,” she said.

“I know that I am dealing with some form of low-grade depression,” Obama continued. “Not just because of the quarantine, but because of the racial strife, and just seeing this administration, watching the hypocrisy of it, day in and day out, is dispiriting.”

She’s not the only one feeling depressed right now.

More than one in three Americans reported symptoms of anxiety or depression in a recent pulse survey by the Census Bureau. A year ago, that figure was one in 10.

Obama said that she hasn’t been moving around as much due to the quarantine, so she’s not knock-out tired at the end of the day, and she goes to bed later. “And I’m waking up in the middle of the night, cause I’m worrying about something, or there’s a heaviness.”

So how is she coping with her feelings of depression?

In part, by being easier on herself. “I’ve gone through those emotional highs and lows that I think everybody feels, where you just don’t feel yourself,” she said. “And sometimes I’ve, there’ve been a week or so where I had to surrender to that, and not be so hard on myself. And say, you know what, you’re just not feeling that treadmill right now.”

And she’s also working out, getting outside, and sticking to a routine. For the Obama household that routine involves dinner together, thousand-piece puzzles, and endless games of cards.

“Barack has taught the girls Spades, and now there’s this vicious competition,” she says, adding that such moments wouldn’t have happened in normal times. “They wouldn’t have sat down, but for this quarantine, to learn how to play a card game with their dad.”

The Centers for Disease Control and Prevention agrees that the pandemic can indeed be stressful for many people, and it acknowledges that necessary public health actions, like social distancing, can make people feel isolated, lonely and can increase stress and anxiety.

But there are things you can do to manage stress during these difficult times. Among the CDC’s recommendations:

If you need help, seek it out. There’s a national helpline that offers 24/7 treatment referral and information for individuals and families facing mental or substance use disorders: 1-800-662-HELP (4357).