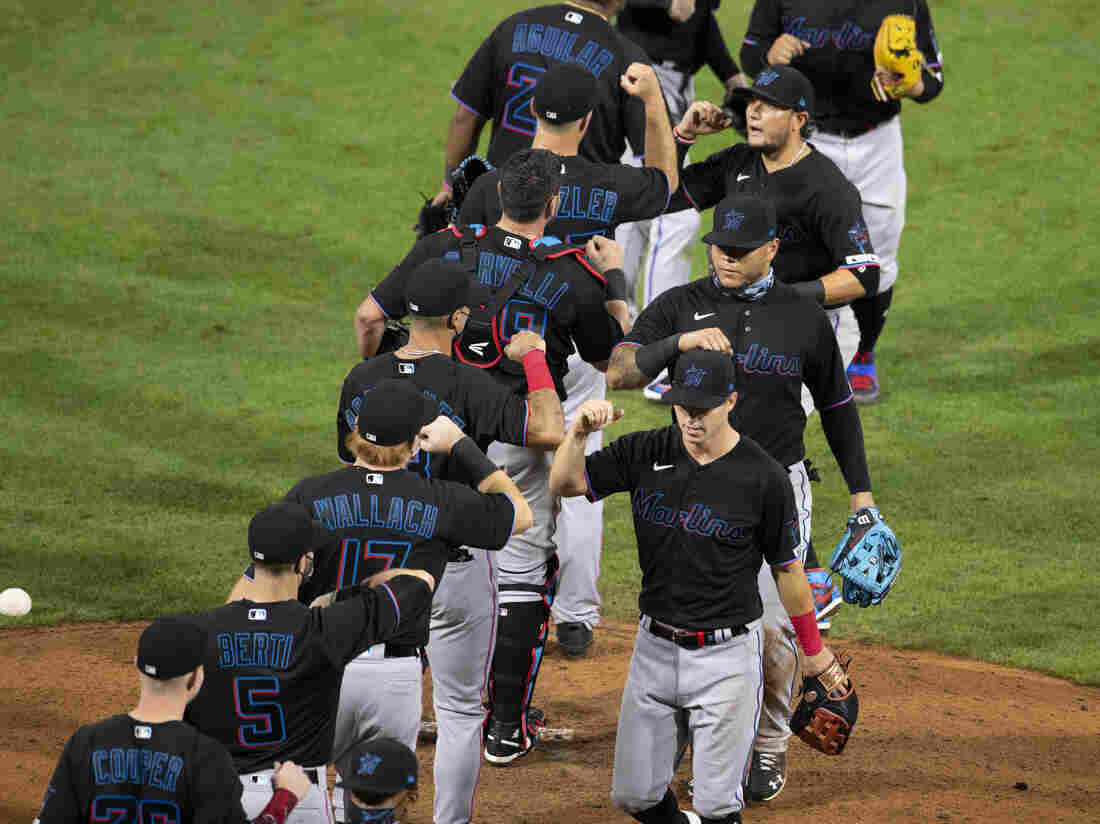 Major League Baseball on Tuesday announced that all Miami Marlins games have been postponed until Sunday, following a rash of coronavirus cases within the team’s ranks.

Four additional players tested positive for the virus by Tuesday, NPR has confirmed. The team’s total number of cases has risen to at least 17, including two coaches.

“Given the current circumstances, MLB believes that it is most prudent to allow the Marlins time to focus on providing care for their players and planning their Baseball Operations for a resumption early next week,” the league said in a statement.

MLB said that aside from the Marlins cases, there had been no additional confirmed positives of on-field personnel from any of the other 29 teams since Friday.

The league had already postponed two games on Monday because of COVID-19 concerns. The Marlins have played three games since the season started last week.

“We continue to take this entire situation very seriously. All of our players, coaches and staff are, understandably, having a difficult time enduring this experience. After receiving additional test results on our Major League team this morning, we reached out to the Commissioner’s Office with concern for the health and safety of our team as well as our opponents,” Marlins Chief Executive Derek Jeter said in a statement.

“We have moved to a daily testing schedule while we isolate and quarantine appropriately, along with enacting additional preventive procedures with our traveling party.”

The team has been sheltered in place in Philadelphia, Pa., for self-quarantine and additional testing.

The United States has struggled to control the virus’ spread, and a growing appetite to return to normalcy after months of partial lockdowns has pushed some industries to reopen despite rising cases of the coronavirus. Other major league sports, such as the NHL and NBA, are preparing to start their seasons.

Dr. Anthony Fauci, one of the nation’s leading immunologists, said Tuesday that the Marlins outbreak could put the remaining MLB season in jeopardy. He said he hoped, on behalf of the players and staff, that games could continue.

“I don’t believe they need to stop, but we just need to follow this and see what happens with other teams on a day-by-day basis,” Fauci said on ABC’s Good Morning America.

Fauci threw the first pitch of the regular season opener between the New York Yankees and the Washington Nationals last week.