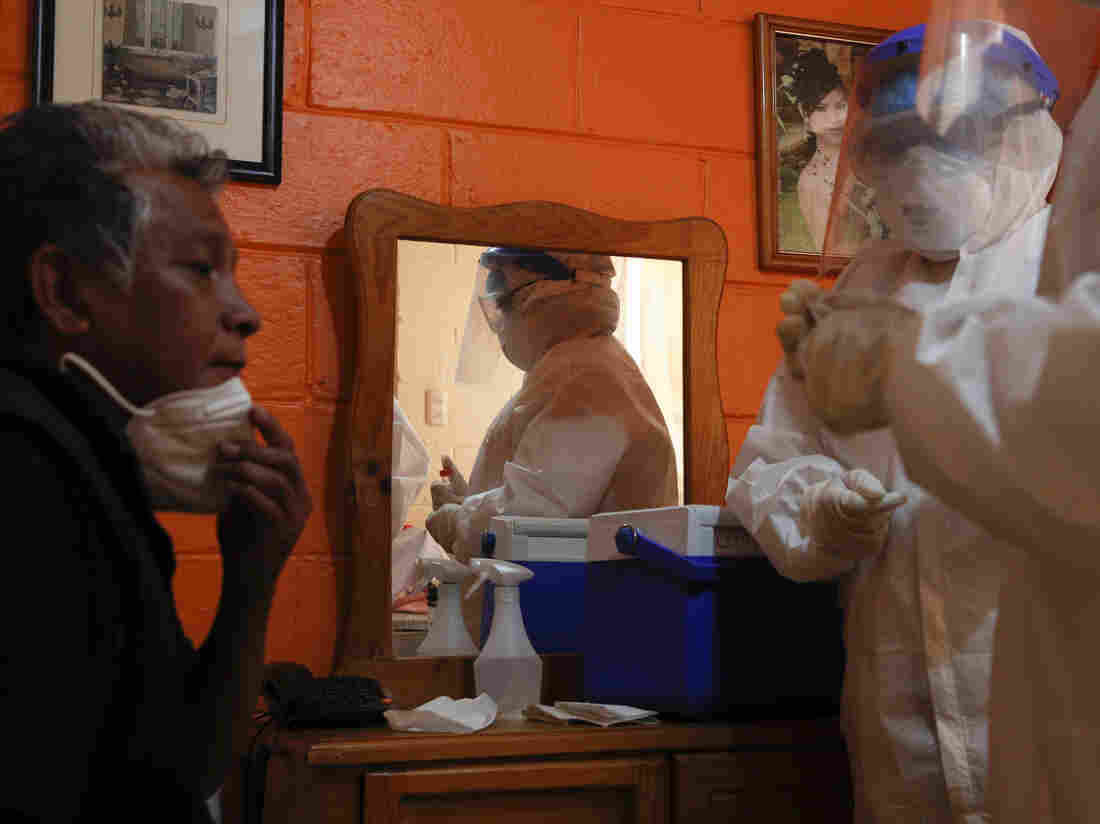 Ricardo Leon Luna, 74, lowers his mask as Doctors Delia Caudillo, right, and Monserrat Castaneda, prepare to take throat and nasal swabs as they conduct a COVID-19 test in his home in the Venustiano Carranza borough of Mexico City, on Thursday. Rebecca Blackwell/AP

Mexico has become the fourth country to cross the 100,000 threshold for confirmed COVID-19 deaths, joining the U.S., Brazil and India.

Mexico’s director of epidemiology, José Luis Alomía Zegarra, made the announcement late Thursday. He said there have been 100,104 confirmed COVID-19 deaths in Mexico since the first case was detected there in February.

The latest news comes just two days after the country of 126 million passed one million coronavirus infections, giving it the highest COVID-19 mortality rate in the world, at 9.8%, according to Johns Hopkins University. Mexico ranks sixth in per capita deaths, just above Italy and the U.S., and in September it reported the highest number of COVID-19 deaths among health care workers.

Mexico’s president, Andrés Manuel López Obrador, has been criticized for initially downplaying the pandemic and for his government’s generally slow and erratic response to the crisis.

Among other things, he’s been accused of backing off public health restrictions too quickly, allowing the disease to get a firmer foothold. Obrador has also told the media that his personal “protective shield” against the virus consisted of amulets and prayer.

“The epidemic is terrible in itself, you don’t have to add drama to it,” he said, suggesting that some media outlets were focusing on COVID-19 to sell newspapers or spark “political confrontation,” according to The Associated Press.