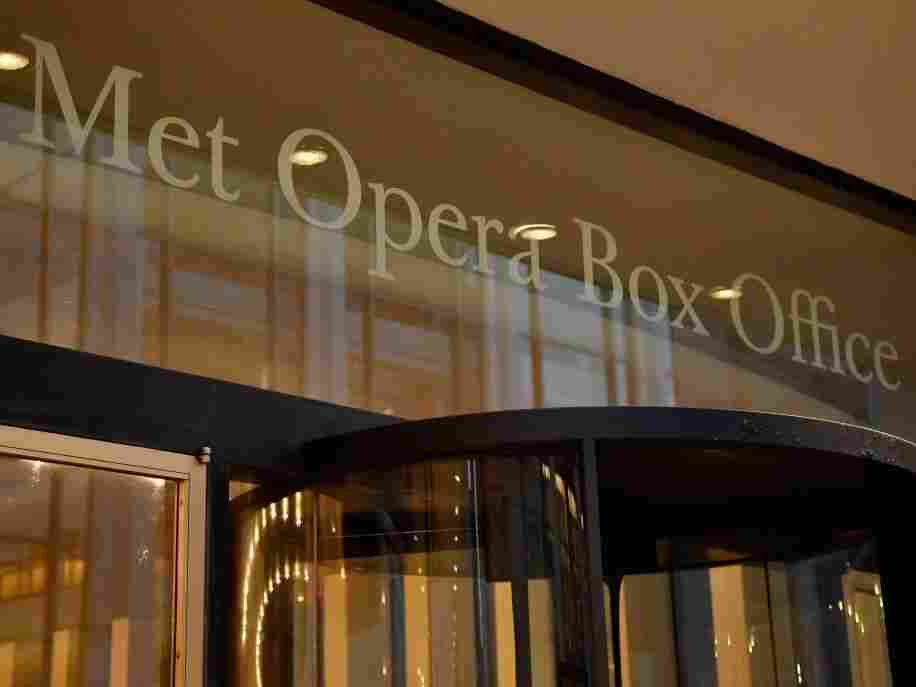 A view of the Metropolitan Opera ticketing office in 2018. Angela Weiss/AFP via Getty Images hide caption

New York’s famed Metropolitan Opera announced on Wednesday that the house will remain closed until September 2021.

In a press release, the Met said that it had made its decision to cancel the rest of the 2020-21 season based on the advice of “health officials who advise the Met and Lincoln Center,” and keeping in mind the hundreds of performers and staff members required for rehearsals and performances as well as its audiences.

The Met added that it will not be able to resume performances “until a vaccine is widely in use, herd immunity is established, and the wearing of masks and social distancing is no longer a medical requirement.”

In the meantime, the Met says it will continue streaming free presentations of previous productions online, as it has since March.

The Met is the largest performing arts organization in the U.S. and this decision serves as a harsh reminder to music fans and performing organizations of all sizes across the country — not to mention other large institutions in New York City, including Broadway theaters — that safe reopening may be a long time away.

Approximately 1,000 Met performers and employees have not been paid in nearly six months. They also depend on the Met for health insurance.

The house’s most vaunted star, soprano Anna Netrebko — who was scheduled to appear at the Met in two different operas in the 2020-21 season, including on its opening night — wrote on Instagram last Thursday that she was in the hospital with COVID-19 “and will recover soon.” (She also noted that her husband, Yusif Eyvazov, has coronavirus antibodies.)

The timing of the Met’s announcement comes just two days after the New York Times published an investigative report showing that the opera company and its insurers paid its former, disgraced music director James Levine $3.5 million to settle acrimonious, competing court claims. Levine has publicly been accused of sexual abuse by nine men, and was fired by the Met in March 2018.