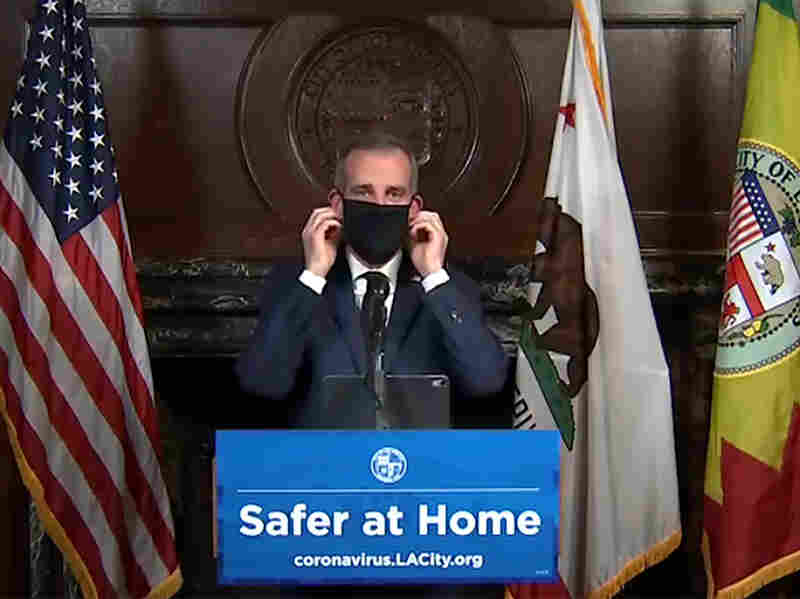 Los Angeles Mayor Eric Garcetti said on Wednesday that he had authorized the city to disconnect utility service at a Hollywood Hills house after it hosted several large parties in “flagrant violation” of COVID-19 public health orders.

The announcement comes two weeks after Garcetti first warned that properties hosting “un-permitted large gatherings” could have their water and power service shut off as a consequence.

“With more than 2,000 Angelenos — and over 170,000 Americans — lost to COVID-19, we need every resident to undertake critical safeguards to stop the spread of this virus,” Garcetti said Wednesday. “That includes not hosting or attending parties that put themselves, their neighbors and many others at risk.”

Garcetti said that despite several warnings, this particular house “has turned into a nightclub in the hills.”

New York Times technology reporter Taylor Lorenz broke the news on Wednesday that one of the rental homes’ tenants is Bryce Hall, a TikTok personality who made headlines over the weekend when he celebrated his 21st birthday with a massive party at a different rental property.

According to the mayor’s office, the Hollywood Hills house hosted a large gathering on Aug. 8, three days after the threat of utility shutoffs was first announced. The Los Angeles Police Department reportedly visited the property during the party to post warnings and provide notice that future violations could result in a referral to Garcetti’s office “for review and issuance of a directive to disconnect utility service.”

Despite those warnings, the house was used to host another large gathering on Friday. The mayor’s office said that the Los Angeles police visited at the time and posted a final notice about the potential utility disconnect.

After receiving authorization from Garcetti, the police disconnected service Wednesday.

The city began its crackdown on “party houses” this month in response to reports of massive gatherings, including a 200-person party at a Mulholland Drive mansion that ended in a fatal shooting.

The Los Angeles Times reported Tuesday that city police issued citations for “noisy gatherings” at 13 houses over the weekend and were considering cutting utilities to at least three properties at the time.

Gatherings or parties of any size are not allowed under the city’s public health orders aimed at bringing the coronavirus under control. Garcetti said earlier this month that enforcement will focus specifically on party hosts “determined to break the rules,” whom he described as a threat to public health.

“The consequences of these large parties ripple far beyond just those parties,” Garcetti explained at the time. “They ripple throughout our entire community because the virus can quickly and easily spread.”