A medic wearing full protective gear checks a woman who might have contracted coronavirus inside an emergency room at the Rafik Hariri Hospital on Nov. 17. Beirut hospitals are reaching maximum capacity amid an influx of coronavirus patients. Marwan Naamani/picture alliance via Getty Images

A surge in coronavirus cases is overwhelming hospitals across Lebanon, leading doctors to tell families to care for sick loved ones at home because there’s no more space in the wards.

Jean Nakhoul, an executive producer for Lebanon’s MTV channel, says his family has been calling around the country and finding no medical treatment for his 83-year-old grandmother who is sick with COVID-19.

“We had a list [of phone numbers] that my uncle and I divided,” he says. “I called around 10 hospitals. Nine of them were full and the last one told me they had one ICU bed left, but that the priority is for young people who need ICUs.”

Lebanon’s health care system was already weak from economic collapse and the Beirut port explosion in August that destroyed buildings across the city, including several hospitals. Now, as the country records its highest number of daily coronavirus infections of the pandemic, hospitals are barely able to find beds for even the most critical patients.

Lebanon registered a record 4,774 new coronavirus cases on Thursday, bringing the total confirmed cases over 200,000 in the country of 6.8 million people. Health authorities say more than 1,500 people in the country have died from COVID-19.

The World Health Organization says occupancy rates of intensive care beds in Beirut and other parts of the country are at 93%-95%. With their COVID-19 wards and ICUs full, doctors say many hospitals are now having to keep critical patients in emergency rooms, which are themselves filling quickly. 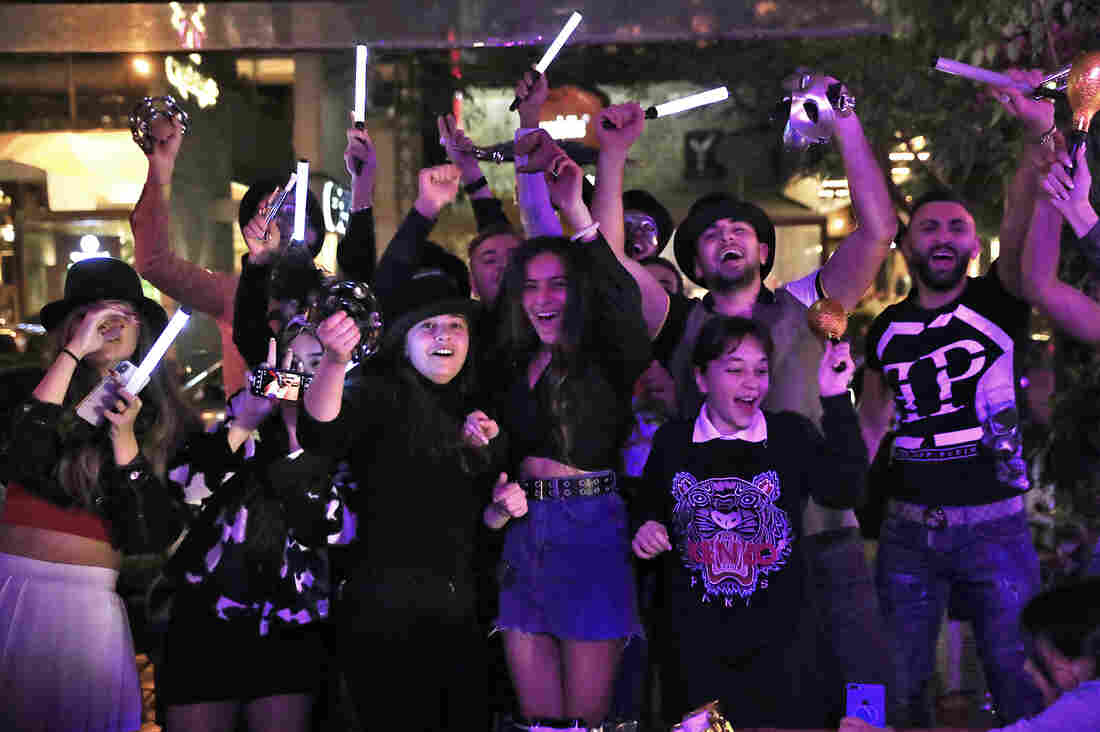 After the toughest year in Lebanon’s recent history, many Lebanese decided to relieve stress with one night of partying on New Year’s Eve. They packed into bars and held parties at home. Social media lit up with posts from crowds of revelers.

“We are expecting a surge in cases because of the irresponsible behavior over the holidays,” says Dr. Firass Abiad, the head of the public Rafik Hariri University Hospital in Beirut.

Bassam Osman, a surgery resident at the American University of Beirut Medical Center, says he and his colleagues felt “terrible” watching the New Year’s Eve celebrations. “Imagine working for a whole year. You’re exhausted, and then you open your Instagram and you see people partying everywhere like they are not taking anything seriously,” he says. “All the feelings of sadness and helplessness go away and it becomes just absolute anger. And then you can do nothing about it because the damage has already been done.”

On Thursday, Lebanon began its fifth nationwide lockdown since the start of the pandemic, forcing restaurants and shops to close for three weeks. But adherence to past orders has been patchy. Osman says he is not optimistic the measures will have a significant long-term impact.

The health minister says Lebanon will receive its first doses of the Pfizer-BioNTech vaccine against COVID-19 in mid-February and will begin administering the shots at no cost for citizens. But in the meantime, doctors say, they are bracing for some long hard weeks.