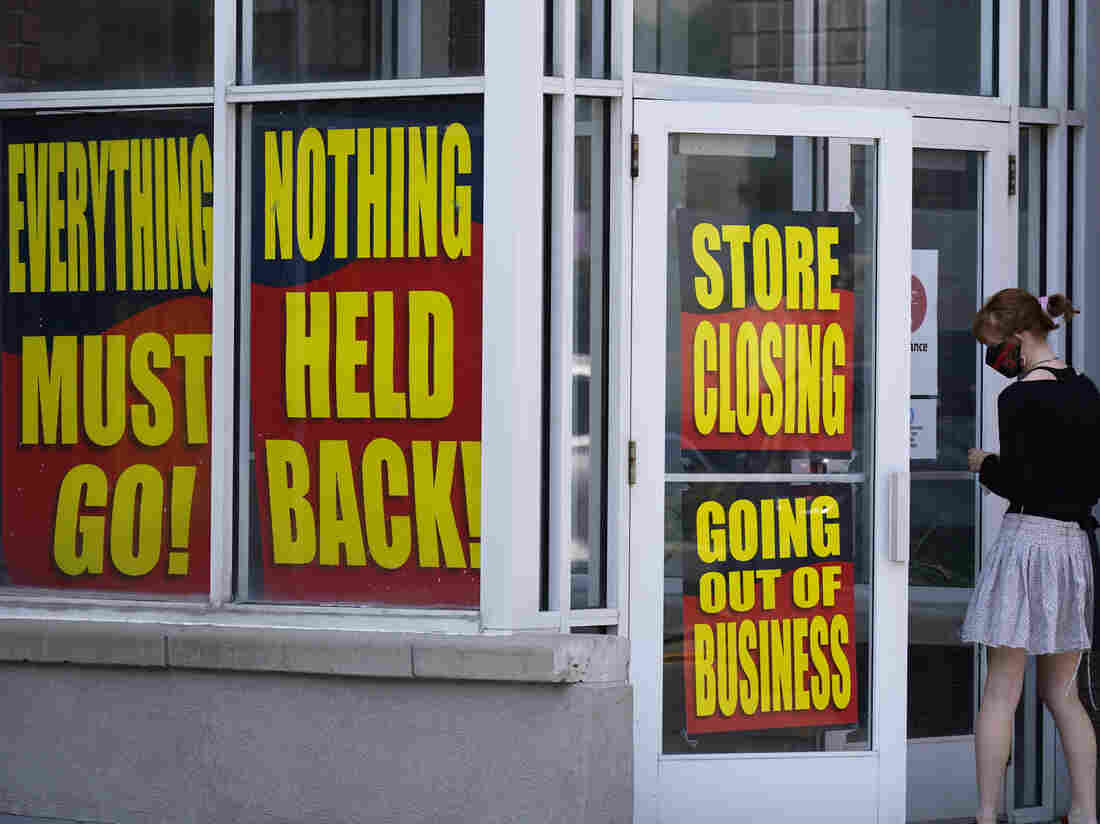 The report from the Labor Department is the last snapshot of the job market before the November election, and it comes hours after President Trump and the first lady tested positive for COVID-19.

Unemployment in September dipped to 7.9%, from 8.4% in August. The drop was driven primarily by discouraged job seekers leaving the workforce.

The unemployment rate among Latinos was 10.3%, while the rate for African Americans was 12.1%, showing little improvement during the month, while the jobless rate for Asian Americans fell to 8.9%.

Job gains have declined in each of the last three months, showcasing an economic recovery that is starting to lose momentum.

And a new wave of layoffs is looming, as the coronavirus pandemic continues to weigh on sectors such as airlines, theme parks and other businesses.

Already, United Airlines and American Airlines have notified more than 30,000 employees their jobs will be cut now that a federal aid package has expired. The Walt Disney Co. says it’s cutting 28,000 jobs at theme parks in California and Florida. Allstate Insurance Co. plans to cut 3,800 jobs, in part because people are driving less during the pandemic and therefore having fewer accidents.

None of those cuts are reflected in the September jobs report, which is based on surveys conducted about three weeks ago.

Some businesses continue to add jobs as the economy digs out from the deep hole dug by the pandemic. Employers added jobs last month in restaurants, retail and professional services.

State and local governments cut 280,000 education jobs, and some of the temporary census workers who were hired in August were let go last month.

Overall, the signs point to an economy losing steam just as the country heads to an election pitting Trump against former Vice President Joe Biden, in a contest that’s now likely to be upended by the president’s positive test for COVID-19.

While unemployment has fallen faster than many forecasters expected early in the pandemic, the U.S. has so far recovered just over half of the 22 million jobs that were lost in March and April.

Consumer spending, which powers more than two-thirds of the U.S. economy, grew just 1% in August. And even that required people to dip into savings, as personal income dropped during the month by 2.7%.

For months, income had been propped up by government relief payments, including an extra $600 per week in unemployment benefits. But those supplemental benefits expired at the end of July

While some sectors of the economy such as homebuilding are booming, that continues to be balanced out by more worrisome developments.

A new survey of manufacturing managers shows factory orders and production increased in September, but at a slower pace than the month before. Factories added 66,000 workers in September. Food and beverage factories enjoyed the fastest growth, but they still struggle at times to maintain full staffing, as workers get sick with COVID-19 or have to quarantine.

As the weather turns colder, there are also concerns that a resurgence of coronavirus infections could slow the recovery further, and those fears could be heightened by the president’s own diagnosis. Infections have declined from their mid-summer peak, but remain elevated, with more than 40,000 new cases each day.