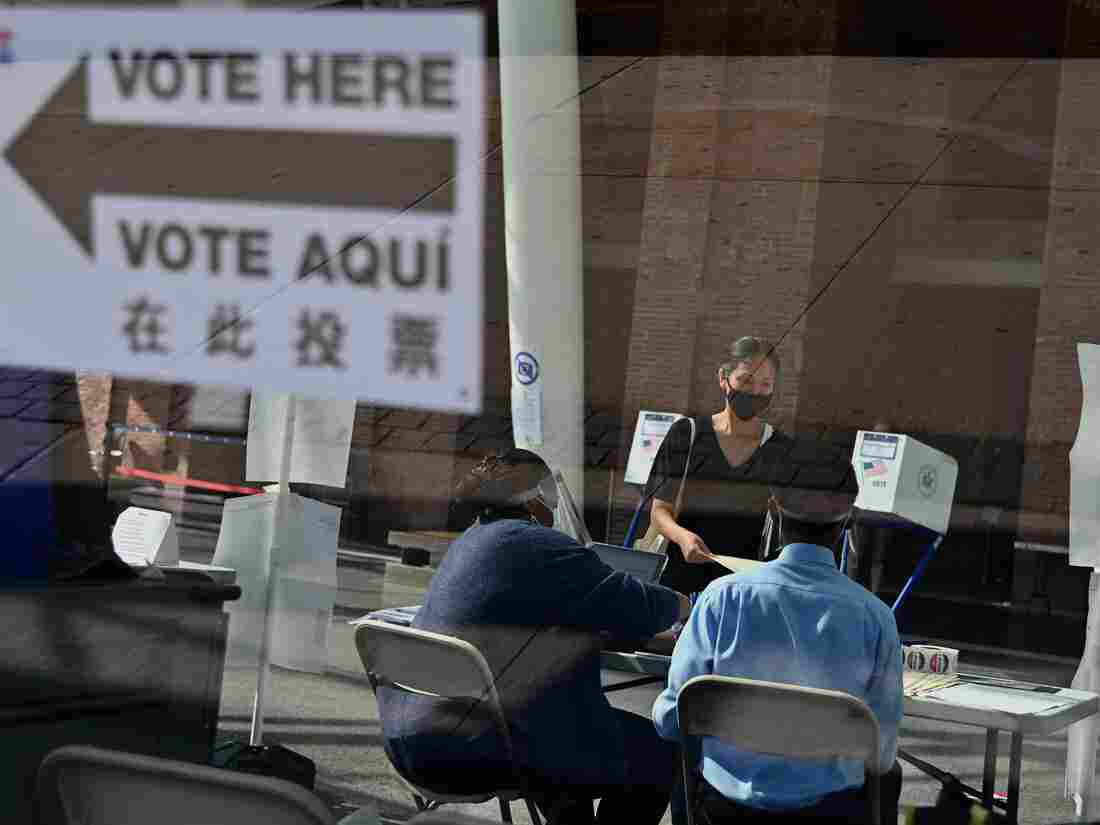 Many people who normally take on jobs as poll workers are in higher-risk groups for the coronavirus, leading to fears of a widespread shortage of poll workers. Here, New York City Board of Election employees and volunteers help voters at the Brooklyn Museum polling site during the New York Democratic presidential primary in June. Angel Weiss/AFP via Getty Images hide caption

Gov. Andrew Cuomo wants to encourage unemployed New Yorkers to work at polls during the Nov. 3 election and has signed an executive order that relieves people who receive unemployment benefits from having to report part-time income they get from an election board.

The order, which Cuomo signed as part of a recent extension of New York’s COVID-19 pandemic emergency, is in effect now through Nov. 3. It applies to any work that jobless people perform for state and local election boards — as long as they earn $504 or less each week.

A large contingent of people who normally take on jobs as poll workers are of retirement age, meaning they’re also in higher-risk groups for the coronavirus. Many of them are staying away from the polls this year, leading election officials to worry that some locations could be closed or severely understaffed, in an election season that has drawn intense interest.

During the primaries that were held earlier this year, some precincts around the U.S. were sharply reduced or consolidated due to the pandemic. In one famous example, polling places in Milwaukee — with a population near 600,000 — were cut from 180 to just five.

The desperate national call for poll workers has resulted in more than 500,000 people signing up to help, according to the advocacy group Power the Polls. A new NPR feature also offers guidance for anyone wanting to know how to sign up to work at the polls.

“In many states, you need to be a registered voter to work on election day, and most voter registration deadlines are early-to-mid October,” NPR’s Clare Lombardo reported.

“If you need people to help administer, then tell us and we’ll help you get the bodies,” the governor said in a news conference, urging local election boards to request help.