Christian worshippers carry a wooden cross on Friday along the path where tradition says Jesus took his final steps before his crucifixion in Jerusalem’s Old City.

JERUSALEM — The historic walled Old City of Jerusalem came alive this week with Christian and Jewish religious festivals, now that more than a third of the city is inoculated against COVID-19.

Last spring, police checkpoints blocked Jewish families from gathering for the Passover eve meal, priests shut the wooden doors at the church marking Jesus’ tomb, and the traditional Palm Sunday procession on the Mount of Olives was called off. This year, all of that was reversed, as infections have plummeted and authorities have eased restrictions on gatherings.

On Palm Sunday, hundreds of Christian faithful marched down the Mount of Olives waving palm fronds and singing in languages from Arabic to Italian to Swahili, marking the biblical story of Jesus’ triumphant arrival to Jerusalem. They marched in clusters to maintain a symbolic degree of distancing.

“We need to celebrate. After one year of lockdowns and problems and deaths and diseases, we want to start living normally as much as possible,” Patriarch Pierbattista Pizzaballa, the top Roman Catholic official in the Holy Land, told NPR. He himself recovered from COVID-19 just days before Christmas.

On Monday and Tuesday, thousands of Jewish worshippers gathered at the Western Wall, a remnant of the ancient Jewish Temple complex, for the traditional priestly blessing recited at the site on Passover. The benediction was held for two days in a row this year instead of just one, in an effort to thin crowds. 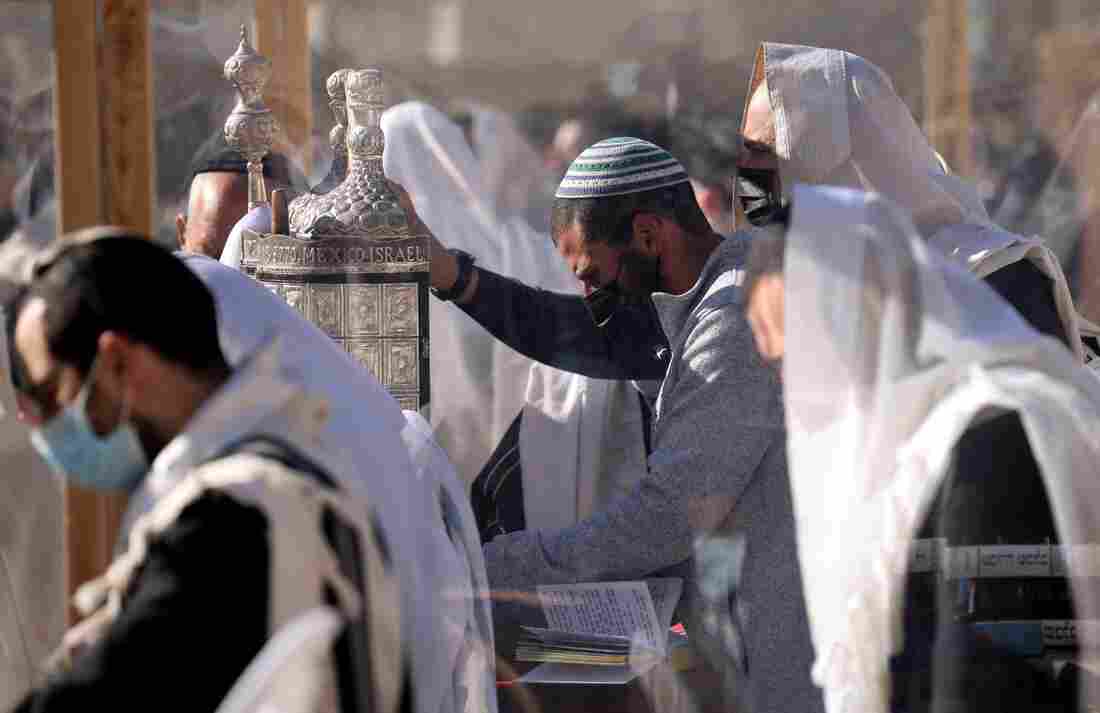 Jewish worshippers hold a Torah scroll as they recite the Priestly Blessing on the holiday of Passover in front of the Western Wall in Jerusalem on Monday.

On Good Friday, Christian clergy and the faithful walked the Way of the Cross, retracing the path where tradition says Jesus took his final steps before his crucifixion. Hundreds participated, but not the thousands that usually take part. Israel is still blocking international tourists and pilgrims due to the pandemic, and there were few Christians from the Palestinian territories, where COVID-19 vaccines are scarce.

“All our prayers and all our celebrations [were] for the people who have passed away…through the COVID, and the people [who] couldn’t come and participate with us,” said Father Amjad Sabbara of St. Saviour’s Monastery in Jerusalem.