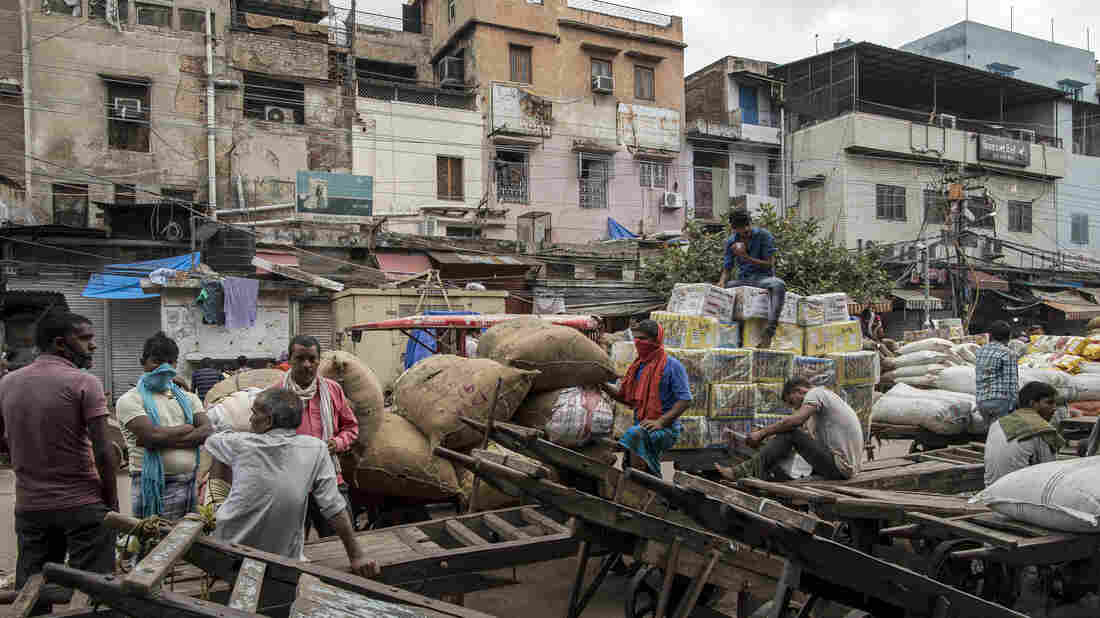 With the coronavirus spreading faster in India than anywhere in the world, the Indian government on Monday announced the country’s biggest economic contraction in 24 years.

India’s National Statistical Office said the economy contracted by 23.9% in the first quarter of the 2020-2021 fiscal year, which ended in June, compared with the same quarter the previous year. That’s its worst performance since the government began publishing quarterly gross domestic product figures in 1996. And it’s the worst decline among the world’s major economies releasing GDP figures for that same quarter, according to data from the Organization for Economic Cooperation and Development.

“This year, we are facing an extraordinary situation,” India’s finance minister, Nirmala Sitharaman, told a conference last week before the GDP figures were released. “We are facing an act of God.”

Even before the pandemic hit, India’s economy was already ailing. In 2016, the government took 85% of paper money out of circulation as part of a demonetization policy that aimed to tamp corruption but also hurt small, cash-run businesses. The following year, a new goods and services tax scheme aimed to simplify the tax code but also hurt big manufacturers. Last year, unemployment hit a four-decade high.

In late March, with cases of COVID-19 still low in India, the government announced the biggest lockdown in the world. While white-collar workers adapted to working from home, hundreds of millions of impoverished laborers were stranded in urban centers and industrial zones with little to eat. The government scrambled to open shelters and food distribution centers for them, but not before dozens starved to death on roadsides.

Millions of migrant workers tried to walk back to their home villages, sometimes hundreds of miles away. Their exodus helped spread the virus all over the country.

In May, as his government began to ease lockdown restrictions, Prime Minister Narendra Modi announced a $266 billion COVID-19 stimulus package, with aid earmarked for the poor. But manufacturing and consumer spending have yet to recover.

On Monday, India reported 78,512 new coronavirus infections — more than any other country. A day earlier, it posted the world’s biggest single-day tally since the pandemic began.

The United States and Brazil still have more COVID-19 cases overall. India has ramped up testing in recent weeks, but it remains relatively low compared with other countries.

The central government continues to loosen lockdown restrictions to try to alleviate the sudden, widespread unemployment that came with the spring lockdown. Over the weekend, it issued new national guidance, saying that everything is allowed to reopen except schools, movie theaters, swimming pools and international flights.

State and municipal authorities still maintain certain restrictions in areas with the highest concentrations of infections.

India has seen a number of high-profile cases of coronavirus infection in recent weeks. Bollywood star Amitabh Bachchan was discharged from the hospital earlier this month. Home Minister Amit Shah was hospitalized twice after testing positive, and was discharged again early Monday.

Also on Monday, the son of former President Pranab Mukherjee announced his father’s death on Twitter. Mukherjee, 84, who had been hospitalized for weeks after brain surgery, was also diagnosed with COVID-19. A veteran politician with the opposition Congress party, he held several Cabinet posts and was president, a ceremonial post, from 2012 to 2017.