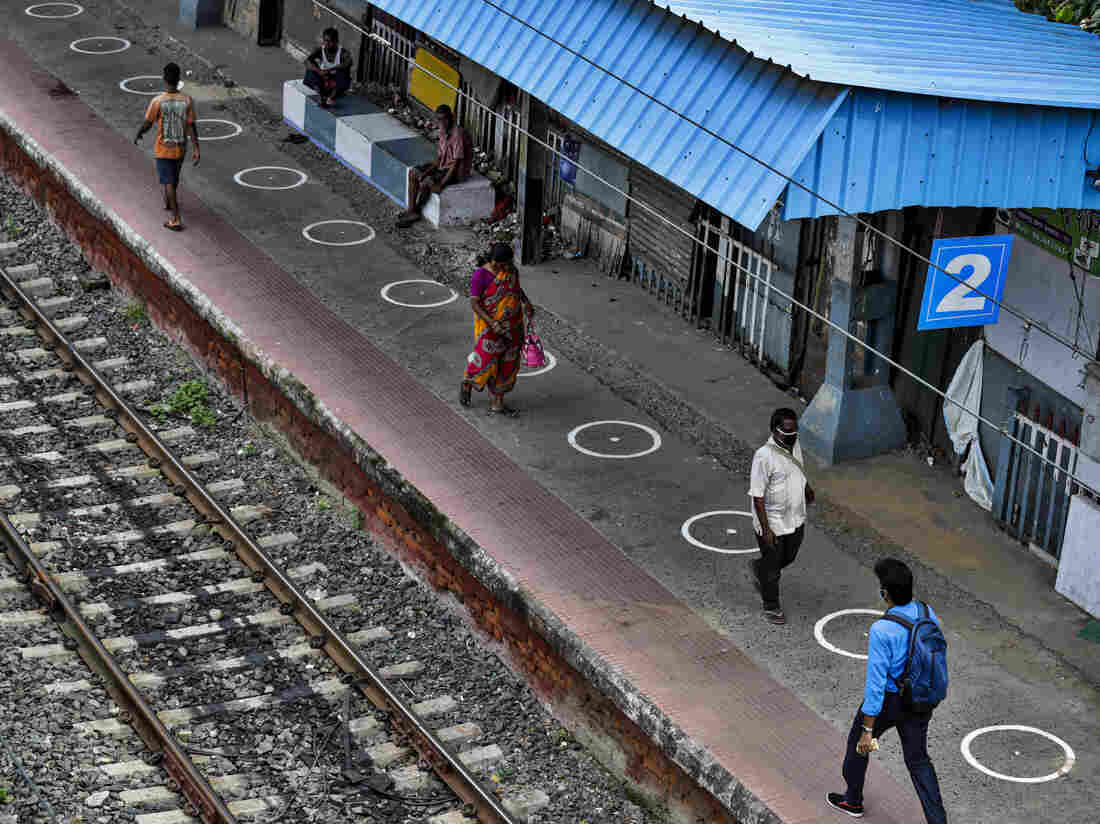 India’s recorded coronavirus case total has surpassed that of Brazil, making India the second worst-affected country in the world after the United States.

India overtook Brazil on Monday after registering 90,802 fresh cases — the highest single-day increase any country has recorded so far during the pandemic. India’s total cases are now more than 4.2 million.

The caseload is lower than that of the U.S. by about 2 million but India is where the virus is spreading at the fastest pace. For about a month, India has been recording the largest number of new cases of any country.

About 1,000 people are dying every day in India after testing positive for the coronavirus. The country’s total COVID-19 death toll is 71,642 — the third highest in the world after the U.S. and Brazil. India’s coronavirus mortality rate of 1.7% is among the lowest of the worst-hit countries. But only about one in five deaths in India is medically certified so COVID-19 deaths could be substantially under-counted.

We are on our way. It’s been 169 days since we’ve seen you! Travel responsibly and commute if it’s only necessary. #MetroBackOnTrack pic.twitter.com/aCUnYO1ptS

On Monday, as India reached the milestone of having the second-most cases in the world, commuters in the capital New Delhi rode the subway for the first time in over 5 months as the system reopened.

The trains have social distancing stickers on alternate seats and only those who don’t show any symptoms of COVID-19 are allowed to travel. Face masks are mandatory and passengers are thermally screened.

Several other cities have also resumed metro train service, including the tech hub Bengaluru in southern India. Bars reopened there last week. Later this month, public gatherings of up to 100 people will also be permitted across the country, with social distancing rules.

India continues to reopen public places to revive the economy, despite the sharp increase in cases. Between April and June, when India was under a strict coronavirus lockdown, its GDP shrank by 23.9% compared to the same period last year. It is the biggest economic contraction since India started keeping records in 1996.

In late March, when India had only about 500 confirmed cases, Prime Minister Narendra Modi ordered all 1.3 billion Indians to stay home. But millions lost their jobs and poor day laborers were hit particularly hard, prompting the government to lift the lockdown in June. The virus has been surging ever since and has now reached India’s rural villages where medical facilities are scarce.