Peruvian refugee Xiomy De la Cruz holds her 13-month-old daughter, Maia, last month in her Hartford, Conn., home, which was once filled with donations of food and sundries as part of the food pantry she has set up during the pandemic. Joe Amon/Connecticut Public

Early in the pandemic, Xiomy De la Cruz was working at a fast food restaurant, but her work hours were cut back. She is a Peruvian refugee single mother with two children and another on the way. Like many families, she found herself in various pantry lines to make ends meet.

“So I said to myself one day, ‘why not fill up my car with food and take it to my house?’ There are so many moms who don’t have access to a car for transportation,” De la Cruz said. “I filled up my van and put a ‘free food’ sign on my door.”

De la Cruz began collecting food, diapers and milk and started distributing them to friends and neighbors. She called it La Bodeguita de la Gente or The People’s Little Cornerstore. For six months, she stored everything in her Hartford living room.

“My living room, my entrance, my porch, became the People’s Little Cornerstore. I no longer had a table, no armchairs, because as more donations were coming in, people began to hear about the store,” De la Cruz said.

Many of the families who knocked on her front door are undocumented, severly impacted by the pandemic and were ineligible for federal COVID-19 assitance. The food pantry quickly outgrew her living room, and she borrowed a space in what she describes as the heart of Hartford’s Latino and immigrant community. 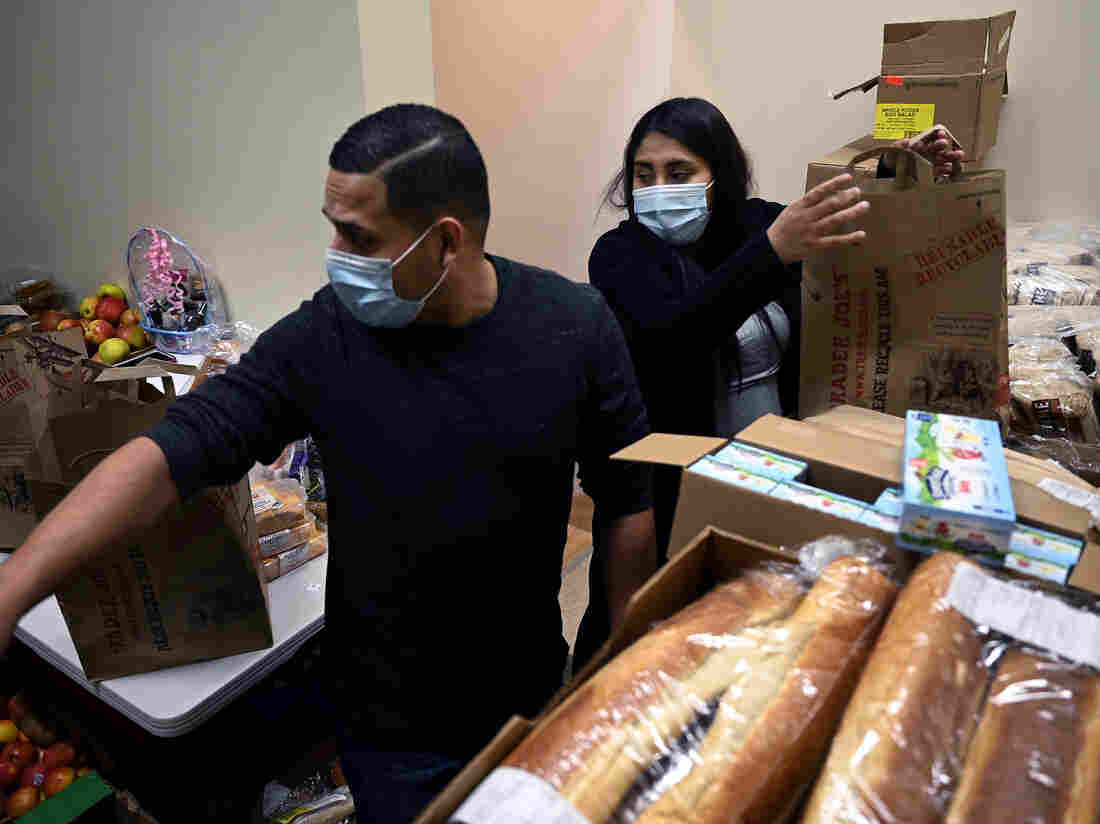 On a recent Thursday afternoon, nearly 10 families are lined up at La Bodeguita de la Gente. Ingmar Riveros — who co-founded the food pantry with De la Cruz — signs up families patiently waiting in the parking lot right outside the entrance of their storage area. Over a table, he hands a packed bag with rice, beans, sugar and instant corn flour, the food base of a Latino family. Food insecurity has nearly tripled among households with children during the pandemic, and Black and Hispanic families are more likely to experience this.

For many undocumented parents who have lost their jobs, pantries and food banks are a lifeline to aliviate economic stress. What began as a food basket distribution to 20 families now helps 150 families, many with young children.

Mabel Romero arrived from Honduras with her children a year and half ago. She lost her job early in the pandemic. Her family was ineligible for benefits that could prevent hardship.

“Because of the pandemic, this was the right place for many of us to go. There were many of us who didn’t have jobs, especially immigrants because in this country, it seems to be that we don’t count,” Romero said.

However, she says she also became part of a community of families who share resources, information and, most importantly, mutual support.

De la Cruz, prides herself in having built that community of families and a rapid-response network that now not only distributes pantry items every week, but also addresses other urgent needs such as immigration updates and domestic violence prevention resources.

“The only dream I would ever ask for is to put up a refuge home so that the families who have just arrived here can at least have food,” she said.

In the meantime, she helped many have a meal this Thanksgiving.