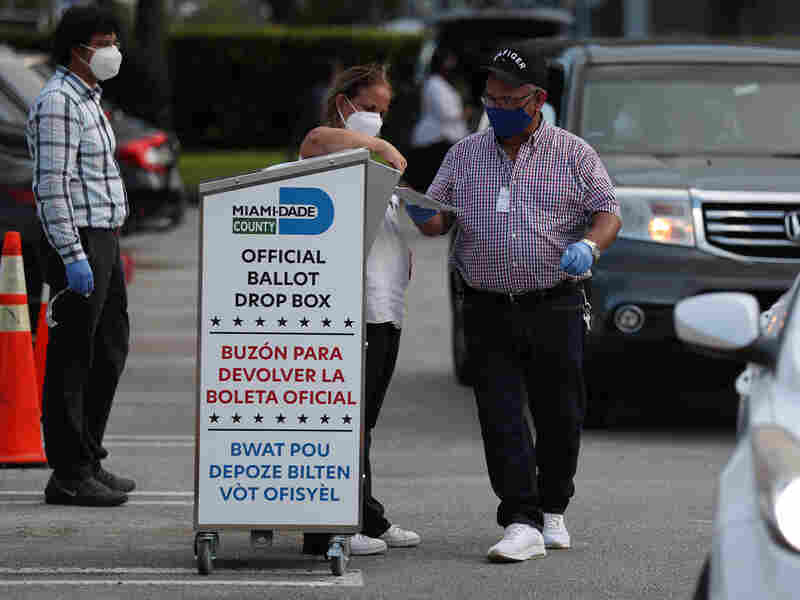 Chris Anderson, supervisor of elections in Seminole County, Florida, had a stylus problem.

He says it would have cost more than a quarter of a million dollars to purchase enough pens and styluses needed for the county’s 328,000 voters. So, his department got creative.

“We quite literally went to every Dollar Tree in the county, and we bought as many Q-tips as we could,” Anderson tells Morning Edition. “Five dollars will buy you 1,500 Q-tips. And we put aluminum foil tape around them and that serves as a conductor of the static electricity from your body to allow you to sign on an iPad.”

Not only did the Q-tip trick save his department money but, Anderson hopes, it will also help keep voters and election workers safer in the face of COVID-19.

“One use for one voter. We limit the transmission of germs between voters and the election workers, and that’s just another way we keep people safe as they vote here in Seminole County,” he says.

That’s just one of the ways Anderson has had to shift his approach as an elections supervisor in 2020. He talks with NPR’s Noel King about why — between the pandemic, the surge in mail-in voting and the president, at times, questioning the legitimacy of the process — this election will require extra ingenuity.

You are getting something like 96 calls and texts a day from voters in Seminole County. What are they asking? What are they worried about?

In light of COVID-19, are you encouraging people to vote by mail?

Absolutely. That was one of the first things. We were the first supervisor of elections office in the state of Florida to send out the mail ballot request form to every voter, because it was logical to say that the safest way to vote in the midst of this pandemic is to vote at home. So we knew if we pushed folks to vote by mail, that would limit them coming to the polling locations because at the polling locations, as you know, we have to do many different things — from room occupancy rate control to social distancing and a lot of different things of that nature in in-person voting — which could create some longer wait times. So if we can get folks to vote by mail it’s very convenient, they don’t have to wait and it can be safe.

What is the main thing keeping you up at night?

The main thing that’s keeping me up at night is just making sure that voters have the right information, between now and Election Day. They’re going to receive a lot of stuff in their mailbox. My advice to each and every voter across the country: If you have questions about your elections administration, contact your local administrator.

Marc Rivers and Ziad Buchh produced and edited the audio version of this story.